This has been a tremendous month in news regarding that age old question of "Are we alone in the universe?" It all started on October 1st with an update regarding the mysterious "Tabby's Star" which was discovered by a group at Yale last September and has expressed three distinct behaviors that have left scientists baffled. Some experts have suggested an alien megastructure, known as a Dyson Sphere, may be responsible (more on that later). The next development stems from the latest Clinton email dump, which included a few messages about aliens sent to former Obama advisor, and current Hillary Clinton campaign chairman, John Podesta. The emails discuss the possible disclosure of evidence that aliens exist, as well as plans to obtain "zero point energy" from friendly extraterrestrial intelligence (ETI). The man who sent those messages was astronaut Edgar Mitchell, the sixth person to walk on the moon. Finally, the Sloan Digital Sky Survey (SDSS) ran a Fourier transform analysis of over 2.5 million stars and found 234 of them to display light similar in nature to our lasers. This discovery verifies a prediction made in 2012 that such patterns would be used by extraterrestrial races to communicate with distant planets. 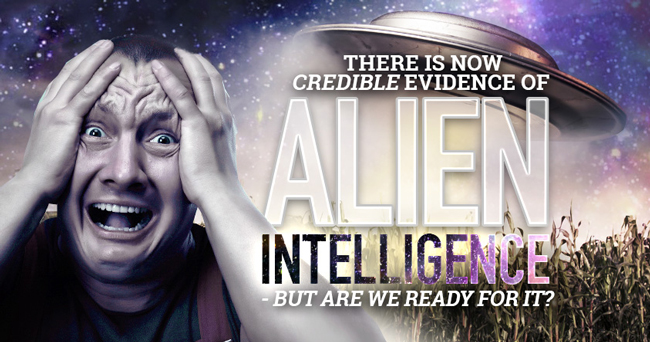 So what exactly is going on here? Is it just a coincidence that these discoveries come to light at the same time as the Podesta email dump? Or is there something nefarious taking place behind the scenes and far away from the minds of the masses? I think both are true. It is a coincidence because the reports being given now are the result of months and years worth of work. It is a happy coincidence, to be sure. A convergence of several monumental developments, but most likely not a highly coordinated effort by the lizard people from Nibiru who operate from a hollow mountain in Antarctica and wrote 50 Shades of Grey just for laughs. Besides, there are always nefarious things taking place behind the scenes, so playing that card here is sort of like declaring that water is wet.

In these news stories there are two distinct points of view being expressed. Both Podesta and Mitchell are like Fox Mulder in a certain regard: They want to believe. On the other hand, the scientists at the SDSS and the group studying Tabby's Star are like Dana Scully by exhausting every other possible explanation for these events before seriously considering aliens as an answer.

Tabby's Star (or KIC 8462852, if you prefer), was first brought into the spotlight last September. It stood out from the pack by having strange dimming patterns over the past few years. In January LSU physics and astronomy professor Bradley Shaefer published findings that the star in question has dimmed a whopping 20% between 1890 and 1989. It was then suggested by independent scientist Michael Hippke that the evolution of camera technology could be the reason for those observations and scientific bickering ensued. Hippke's rebuttal was later revised and published but the mystery remained. The next puzzle piece was first published in August, 2016 and then updated October 1st by Benjamin Montat and Joshua Simon.

The SDSS findings involve not just one, but potentially 234 star systems that house intelligent life

Montat and Simon trudged through four years of data acquired by the Keplar Space Observatory, which was geared to find habitable planets, and mapped out four years worth of Tabby's Star data. They found that it is currently dimming at an even faster rate than Shaefer had suggested, meaning that the more we observe this star the stranger it gets. Various theories have been put forth to explain this behavior, and over time they have each become less and less likely as more data is produced. Except for the alien megastructure theory, that is.

There is a school of thought that a "Dyson Sphere" is responsible for the dimming of KIC 8462852. The "Dyson Sphere" concept was popularized in 1960 by Freeman Dyson, but can be traced back to the 1937 sci-fi novel Star Maker by Olaf Stapledon. It is massive artificial structure built by an alien race intended to harness the energy of a star, to provide for the advanced power needs that a race capable of building such a device would have.

The exciting or terrifying aspect of this theory is that the light we have been observing from Tabby's star is 1,500 light years away which means that if a Dyson Sphere is responsible for the dimming, whatever race that built it is currently 1,500 years more advanced than when they achieved that milestone. Let's hope they have used their technology for good.

The SDSS findings involve not just one, but potentially 234 star systems that house intelligent life, linked to each other by coordinated bursts of light that are aimed at other stars. The most advanced lasers we currently have can reach as far as 1000ly into outer space. Many of the planets found are at least 8000ly away, but in theory a species at just beyond our current level of technological advancement could use such a method to signal to the sky that they exist and are intelligent (which is exactly what we started to do as soon as we could). What's more, a 2012 paper written by Prof. Ermanno F Borra predicted the circumstances surrounding this recent discovery.

Once again a list of possible explanations was compiled and one by one they were examined and discarded. The sole possibility remaining that doesn't involve little green men is, and I quote: "The signals are due to highly peculiar chemical compositions in a small fraction of galactic halo stars". But if it isn't that, it is most likely aliens. Oh, and the Department of Energy (which has had some recent public relations issues thanks to the popularity of Stranger Things) is one of the major funding sources for the SDSS. How's that for a fun fact?