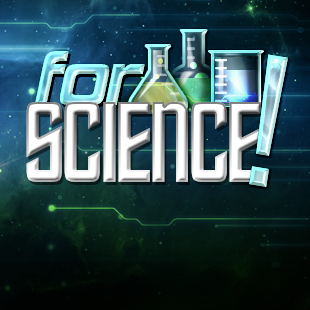 Last month, we discussed the Drake Equation and explored the possibility that not only are we not alone in the universe, but that our own galaxy may very well be teeming with life. Depending on what numbers you plug into the Drake Equation, estimates suggest that there may exist hundreds of thousands of civilizations in the Milky Way. But the paradox that arises when we consider this possibility is summed up in one simple question that physicist Enrico Fermi asked in 1950:

If so many other civilizations exist in our galaxy, why haven't we seen any traces of them? The oldest known star in the Milky Way is over 13.6 billion years old, meaning our Solar System, which formed "only" 4.6 billion years ago, is relatively young. In theory, there should exist numerous civilizations that are more technologically advanced than us.

And what do civilizations do? They colonize. They consume resources. They expand. An advanced civilization would no doubt colonize other planets as we, ourselves, are considering -- and we've been sending objects into space for less than 100 years. A sufficiently advanced civilization can go on to harness the resources of its entire Solar System, then seek out others. Even without faster-than-light travel, it would only take an estimated 5 to 50 million years to colonize the galaxy. While that may seem long to us, 13.6 billion years affords enough time for this to have happened hundreds of times over.

Yet, we still haven't uncovered any definite traces of the existence of other civilizations, be it a friendly visit or some artifact of a long-extinct alien race. So... where is everybody?

One possible answer lies in the lore of Star Trek, courtesy of the guiding principle of the United Federation of Planets: the Prime Directive. Stay with me -- this isn't sci-fi hokum. Remember that Star Trek was able to predict the flip phone, tablet computer, Bluetooth headset, and other modern technology that was inconceivable to the everyman of the 1960s.

The Prime Directive prohibits Starfleet personnel from interfering with alien civilizations that have yet to develop the technology for interstellar spaceflight. The principle is grounded in the ethical argument that, for such a civilization, contact with an alien race or technology -- or even the discovery that alien races exist -- could be detrimental to the civilization's development. Imagine if aliens had landed in Washington during the Cold War and met with the President -- how do you think Russia would have reacted? 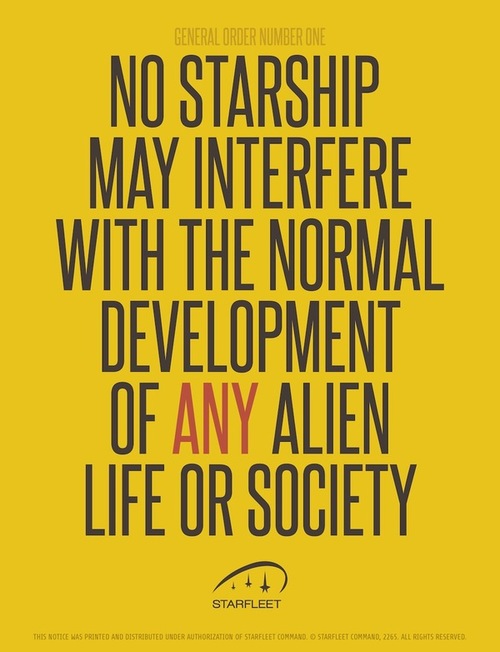 While the Prime Directive is a largely benevolent reason for an alien race to hide its existence from us, there exist plenty of other motivations: fear, indifference, or even indecisiveness. Hell, maybe all the civilizations out there have tuned into one of our currently trending reality TV shows and collectively decided that they don't want to have anything to do with humans. Still, this would require that all other civilizations out there are united in their decision to hide their existence from us -- and if Earth is any example, it's difficult just to get different nations of the same species to agree on anything.

But maybe there is only one advanced civilization out there. Be it out of paranoia, expansionism, or aggression, it is entirely possible that there exists one superpower in our galaxy that eliminates any other civilization that evolves to a technological level at which it is perceived to be a threat. Maybe the Milky Way is home to an alien race similar to the Borg, which seeks out and assimilates species in pursuit of perfection, and we've simply been considered too inferior to be worth assimilating.

There are other possible explanations for the Fermi paradox. Maybe other civilizations exist, but there are technological or economical hurdles to galaxy-wide expansion that cannot be overcome. Maybe they are too far removed in either space or time to contact, living thousands of light-years away or having gone extinct millions of years ago. Maybe we currently lack the methods or technology to properly detect alien signals, which may be coming in in compressed data streams or at rates that are either too fast or too slow for our electronics to handle. Maybe they are so different from us that we don't recognize or perceive their technology or communication attempts. Maybe we have been visited by aliens in the past, and early humans mistook these figures for deities. Maybe self-destruction is the nature of intelligent life, and the Milky Way is littered with the post-apocalyptic remains of dead civilizations just waiting to one day be discovered by us. Maybe the other civilizations in our galaxy are less technologically advanced than we are.

Or maybe, just maybe, in this seemingly endless universe of billions of galaxies, trillions of stars, and countless planets, we are, indeed, alone.