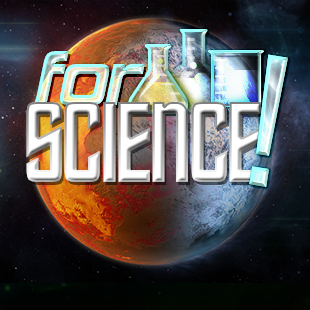 The effects of global warming on our environment are becoming increasingly evident. Human-induced or otherwise, climate change is happening, and throughout Earth's history, the planet has undergone a number of cooling and warming periods.

There was a time, 650 million years ago, when the Earth may have been entirely frozen over; go back 4 billion years and you would find that our planet's surface was still partially molten. We'll never seen such drastic changes in our lifetime, but on a geologic timescale, the Earth's climate has been a rollercoaster of extremes, and the ride is far from over.

Between the various cooling and warming factors, what is the ultimate fate of our planet? Will it become a frozen desert like Mars, a sweltering boiler room like Venus, or will it forever remain a cosmic oasis?

How fast has the Earth been cooling since formation?

When the Earth formed, it was a ball of molten lava. Since then, it has been cooling and solidifying over time. This means the Earth's temperature should continue to decline, right?

It is estimated that 47 terawatts of heat flow from the Earth's interior to its surface, warming the planet. But not all of this heat is left over from when our planet formed - roughly half of it is self-generated. While the Earth isn't the massive fusion reactor that our Sun is, it does produce its own heat by the radioactive decay of elements.

Further, the Sun's heat delivers 173,000 terawatts of power to the surface of our planet, meaning the Earth's leftover heat of formation contributes little more than 0.01% of the total heat energy that warms the surface. What this means is that, yes, the Earth has been cooling, but that cooling is negligible. The only factor that really matters is how much heat we're receiving from the Sun.

Is the Earth moving further away from the Sun? 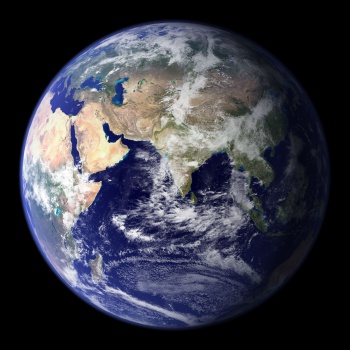 The further away a planet is from the Sun, the less heat energy it receives. We see that Venus has a surface temperature of 462 °C, while Mars is an icy −63 °C. If the Earth moves further away from the Sun, won't it eventually freeze?

Every star has a region around it called the habitable zone, or Goldilocks zone - a region where the surface temperatures of an Earth-like planet would be neither too hot nor too cold for water to exist in liquid form. Current estimates of our solar system's habitable zone place it at 0.99 AU to 1.688 AU - an AU, or Astronomical Unit, is a unit of distance equal to the average distance between the Earth and the Sun. Earth sits right at the inner edge of the habitable zone. If its distance from the Sun were to decrease by just 2%, it would boil, and if it increased by a whopping 70%, it would freeze.

So are we getting closer or further? We observe that the Moon is getting further and further away from the Earth over time due to tidal forces slowing down the Earth's rotation and speeding up the Moon's orbit. A similar - but much less powerful - effect is occurring between the Sun and the Earth. However, even generous estimates put the rate of distancing at 15 centimeters per year. That means that in 5 billion years, the Earth will have moved 0.005 AU further away from the Sun - nowhere close to exiting the other side of the habitable zone.