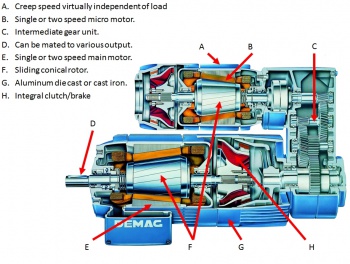 William Sturgeon is generally credited as the man who invented the modern electric motor. Pre-dating Tesla and Edison and building on principles established by Michael Faraday, he invented the first DC electric motor capable of turning machinery, following which Thomas and Emily Davenport further refined his invention. However, because no electricity distribution system existed yet, the high cost of battery power made these and subsequent DC motors developed by other inventors commercially unsuccessful.

DC motors still see use today, but it is the AC motor that is employed in most commercial applications. When AC's advantages over DC became known, several inventors were trying to develop a functional AC motor. Galileo Ferraris was the first to invent a practical AC motor and publish his research in the Royal Academy of Science of Turin, which concluded that "the apparatus based on that principle could not be of any commercial importance as a motor." But Tesla independently invented an AC motor two years after Ferraris; Westinghouse quickly bought the patents and adapted the motor to power a mining operation, and years later incorporated further advancements engineered by Mikhail Dolivo-Dobrovolsky, leading us to the basics of the AC motors we use today.

As you can see, no one man (or woman!) can claim credit for the electric motor, as if often the case with any invention or discovery, but Tesla's pivotal role is often left out of the conversation.