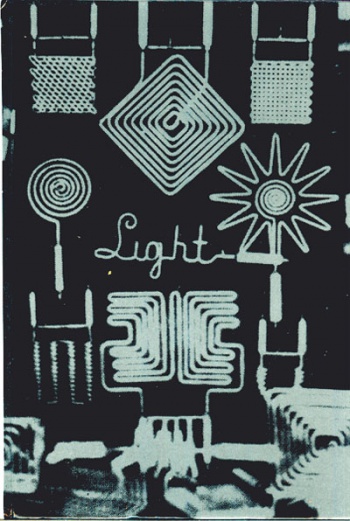 George Claudes is credited with inventing neon lighting and presenting it to the world in 1910. The gas-filled glass tubes peaked in popularity in the mid 1950s, bent into various shapes and words for signage.

But the idea of illuminated glass signage had already been presented to the world at the 1893 Chicago World's Fair. Westinghouse won the bid to illuminate the fair over Edison, making use of Tesla's gas-discharge bulbs. Tesla came up with the idea of bending the glass tubes to spell out the names of famous scientists, inadvertently pioneering what would become a very tacky trend. Ahem.

As for gas discharge tubes themselves, they were first invented by Heinrich Geissler in 1857. Consisting of a sealed glass tube with a metal electrode at each end and filled with a rarefied gas like neon or argon, it lights up when high voltage is applied to the electrodes, sending an electric current flowing through the tube.