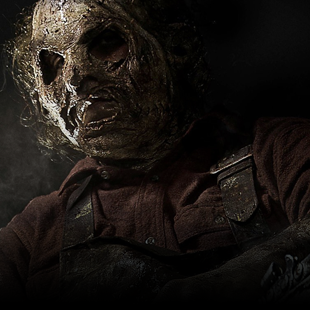 It's that time of the season to boot up your favorite zombie game or start a Netflix horror marathon. But before you get too scared by those things that go bump in the night, science is once again coming along to kill your fun. You see, our universe is governed by natural laws which have a tendency to say "Aw hell naw" to what Hollywood puts on screen.

If you're too young to have been terrified by the 1976 supernatural horror film Carrie, then perhaps you may remember the 2013 teen drama film Carrie. At the heart of the story is a girl with telekinetic powers - the ability to manipulate objects with her mind. We've often heard that humans only use 10 percent of their brain, so if we could access more of it, surely we'd all have awesome powers, right?

First off, the whole "10 percent" quote is a complete myth. Neurologist Barry Gordon says "we use virtually every part of the brain, and that [most of] the brain is active almost all the time." Even during sleep, all parts of the brain show some level of activity. I will trust the results of brain imaging technologies over an anecdotal and oft-misattributed quote about a nebulous "10 percent."

Secondly, every rigorous scientific study of an individual claiming to have telekinetic powers has produced negative results. The United States National Academy of Sciences even assembled a panel of scientists - the very definition of "top men" - to pore over 130 years of research on telekinesis, only to find "no scientiﬁc justiﬁcation for the existence of phenomena such as extrasensory perception, mental telepathy or 'mind over matter' exercises."

But hey, what do smart people know, anyway? They're just JEALOUS.

Let's turn to our laws of physics. How do objects move? Through the application of a force. When it comes to unseen forces that can act at a distance, our understanding of the universe is based on four known forces: gravity, electromagnetism, and strong and weak nuclear forces. Those last two operate on subatomic scales and don't factor into this discussion, while gravity is a force we all understand on a basic level: massive bodies attract less massive bodies.

Since telekinesis is obviously not using the force of gravity, that leaves us with electromagnetism, and our brains are simply not designed to be able to produce or manipulate EM fields in any significant manner. Worse still, by the inverse square law, the strength of a field becomes exponentially weaker the further you get from its source, which is why the typical applications of EM fields to manipulate objects operate on relatively short distances.

But what about a hypothetical fifth force? Scientists are open to the idea, but that doesn't give us carte blanche to come up with any poppycock we want. This force - let's call it magic - would have to be as observable in the universe as the other four forces, which are always at work. We can measure subatomic particles to see these forces at play. And what we're left with is the notion that any new force would either be too short-range or too weak to produce any observable effect - or we'd already be seeing it.

Put simply: if magic or telekinesis exist, then we'd have to rewrite all the big laws of physics. And frankly, the idea of having to relearn physics from scratch is more terrifying than any horror movie.