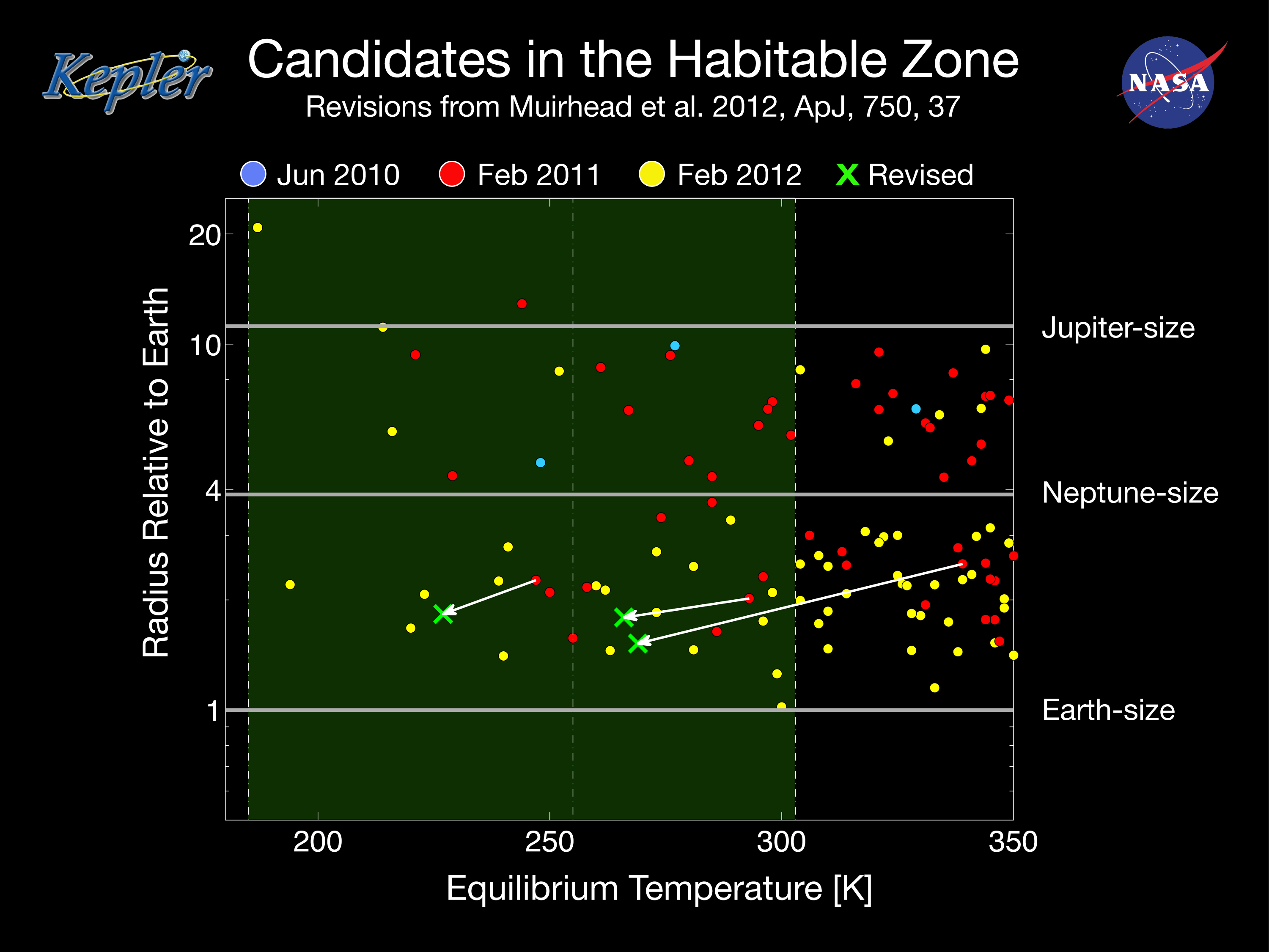 Let's plug in some numbers and find out how many civilizations may -- or may not -- be out there, waiting to hear from us.

R* = According to NASA and the European Space Agency, the current rate of star formation in our galaxy is about 7 per year.

fp = While Drake initially estimated that only one fifth to one half of all stars formed will have planets, current estimates suggest that every star in the milky way is orbited by at least one planet. That means this value is equal to 1.

ne = We'll be basing this figure on the number of planets that orbit their parent star in the "Goldilocks zone" -- a region far enough from the star that water won't boil away, but not so far that it remains frozen. Not too hot, not too cold; just right. We'll also only consider stars that are similar to our sun and red dwarf stars, since various theories suggest that stars of other types may lack habitable zones, and planets that are roughly the size of the Earth, which would rule out gas giants like Jupiter that lack a solid surface.

We're making an educated guess here, but based on data from the Kepler space observatory from November 2013, there could be as many as 40 billion planets that meet our criteria. Assuming the galaxy has, say, 200 billion stars, then 40 billion out of 200 billion gives us a ratio of 0.2.

fl = Now, this is pure speculation. How can we possibly know how many worlds that can support life actually go on to develop life? We only have one point of reference -- Earth -- which isn't enough to come anywhere close to drawing conclusive evidence. Drake initially argued that this value should be 1 -- that life will eventually develop at some point. Or, as Jeff Goldblum might say, "Life, uh... finds a way."

We'll use a more conservative figure drawn on a statistical argument made by astrobiologists Charles H. Lineweaver and Tamara M. Davis in 2002. Based on how long it took for life to evolve on Earth, they estimated that at least 13% of suitable planets that have existed for over one billion years will develop life. Thus, we'll use the minimum of 0.13 as our value.

fi = Now we dive even deeper into speculation. How can we possibly know whether life will evolve into intelligent life? Most of the life we are looking for in our solar system is expected to be bacteria -- hardly what I'd call intelligent. Again, Drake's original estimates suggested that all life will eventually evolve into intelligent life, and many scientists still hold to this idea. They point to the generally increasing complexity of life over evolutionary time as an argument that intelligence is an almost guaranteed evolutionary trait. However, others point to the billions of species that have existed on Earth and highlight the fact that only one has become intelligent so far. We'll side with Drake on this one and use a value of 1, but we'll come back to this point later.

fc = If intelligent life originates, will it develop the technology to send out radio waves into space? Again, pure speculation, and Drake estimated that 10% to 20% would. We'll use the midpoint of 0.15 as our value.

L = Civilizations have risen and fallen on Earth in the past, but since their technologies have mostly been carried over, we wouldn't count the Roman Empire as a different civilization than our modern one, for instance. We didn't have to reinvent the bound book after the fall of the Roman Empire. To date, our civilization has only been releasing radio signals into space for a century, but we'll continue to do so until some cataclysmic event either destroys humanity entirely or sends us back to the Stone Age. A sufficiently advanced civilization may have the technology to overcome any threat to its survival and exist for billions of years. Alternatively, an arms race could lead an advanced civilization to complete and total self-destruction in a few hundred years -- we presently have enough nuclear warheads on Earth to wipe ourselves out entirely. We'll then use a middle-ground value of 10,000,000 years.