Should you buy an Xbox One or a PlayStation 4? Which next gen console is better? Because different aspects of Microsoft and Sony's gaming consoles are important to different people, only you can ultimately make that important buying decision. Neither the PS4 or the Xbox One is inexpensive. What we can do is provide you with the opinions of our editors, broken down in the following categories, before we give you our final assessment. 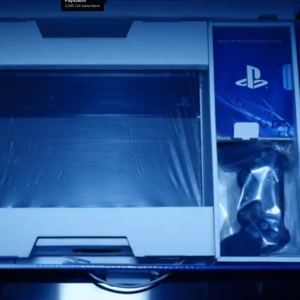 Unboxing the PS4 is like those action movies with the build-your-own-rifle suitcases. You open the already trim packaging, and everything is elegantly laid out for you. Console, cords, and controller lay side by side, with every beautiful piece of next-gen hardware visible at a glance. It takes no effort to pull out the components as you need them to get started.

Setup for the PlayStation 4 is unexpectedly simple. There's no power supply brick, so you just plug the power cord from the PS4 to the wall, hook up the HDMI to your TV, and turn the sucker on. The PS4 instantly recognized our television, so we didn't have to fiddle with settings or hold down the power button to get the right video output. Within a couple minutes of unpacking the console, we were downloading the updates and ready to go.

Optionally, there's the PlayStation Camera peripheral, which is just as simple to get started with as the console itself. Just plug it into the back of the PS4, and set it up so it can see you. You can even opt for facial recognition to log you into your PSN account whenever you show your face to the camera. Given about 90 seconds of setup and the additional requirement of flashing the camera with the controller light bar - it's not quite seamless - but it's still supremely simple to use. Unfortunately, the camera cord itself seems to be very heavy gauge, weighing about as much as the camera itself. This can make it frustrating to try to set up the camera, since the weight and stiffness of the cord will often move the camera from where you originally positioned it.

Opening the Xbox One packaging for the first time, we were pleased to see very familiar dual-level setup, like you might be accustomed to with the Xbox 360. The Kinect, headset, controller, and cords were on the top, with the console alone on the lower layer. The form-fitting packaging did make it slightly difficult to get the components out, especially for fear of damaging them, but a bit of finesse saw everything unboxed in short order. 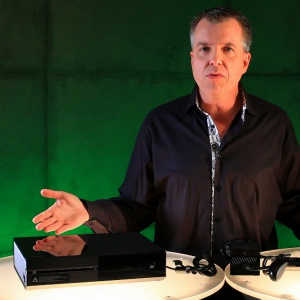 The Xbox One setup is remarkably easy - connect and plug in the power brick, connect the Kinect, hook up the HDMI, and voila! The main problem with the existence of a power brick on the Xbox One is that it's a second piece of hardware that needs to live in a well-ventilated space, given the real possibility of overheating. It's also ugly next to the sleek finish of the Xbox One, so you don't want it in sight, if possible. It's not the end of the world, and it doesn't add much time to setup, but it definitely leaves some room for improvement for the future.

Even the Kinect setup is a breeze - just plug it in, turn on the console, and you're on your way. The Kinect facial recognition account login option is flawlessly implemented from our limited experience, as you simply walk in front of the camera and it can log you right in and start accepting voice commands immediately.

Both systems are easy to set up and get started playing, but the Xbox One has the power brick conundrum to weigh it down, as well as slightly bulkier split-tiered packaging. The PS4 has simple inputs with no brick, and only presented the slight problem of unwieldy optional camera. The PlayStation 4 gifted us with that feeling of next-gen satisfaction from opening the box to playing the games.