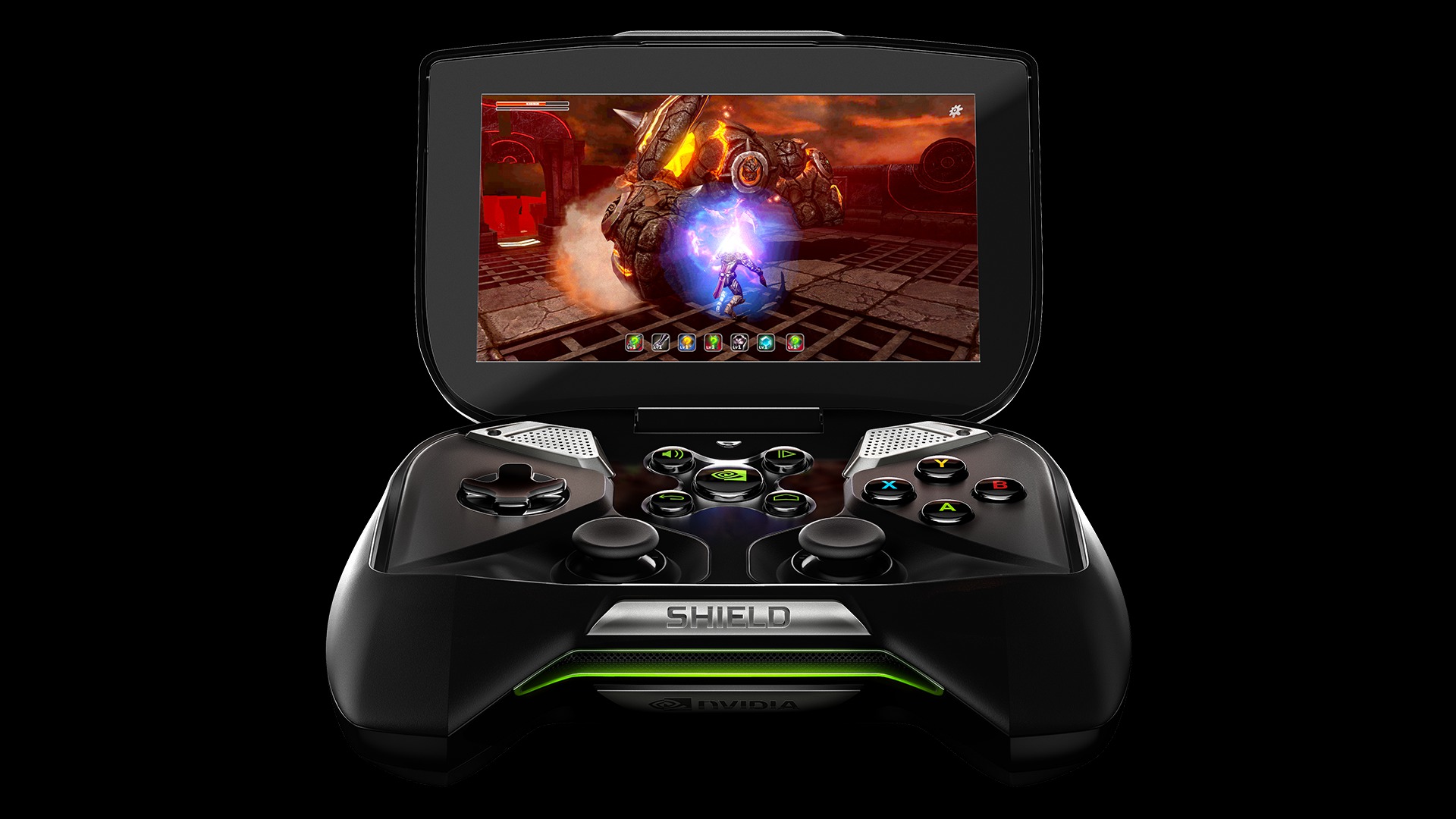 Whether you're tickled pink at the prospect or not, Android-powered game consoles are here to stay. These Google Boxes are cheap, relatively powerful, and can be a valued asset in the home theater space if used properly. They can also bridge the gap between your gaming PC and home theater (no more 20-foot HDMI cables running all willy-nilly in your apartment), or they can replace certain PCs altogether -- probably not your gaming rig, but that aging HTPC you built from spare parts? Absolutely.

Many of these Android consoles will offer one of two experiences: A "walled garden" experience, where the manufacturer has modified Android to its liking, creating its own ecosystem with the software while stripping out the "open" element of Google's OS (see: Ouya), and then there's a more straightforward approach, where a company simply takes the work done by Google, throws a few games and apps into the mix, and keeps it largely vanilla in nature (see: Mad Catz forthcoming M.O.J.O. console).

The Nvidia Shield falls into the latter category as well, as it offers a largely untouched Android experience that's about 95 percent true to Google's own vision. The other five percent represents Nvidia's own services, like TegraZone, PC Streaming and Grid (currently in beta) -- all software that exists on its own, rather than acting as a replacement for something Google already offers. So is this Nvidia-Google marriage worth $250? Does it deserve a place underneath your TV, and in your messenger bag? 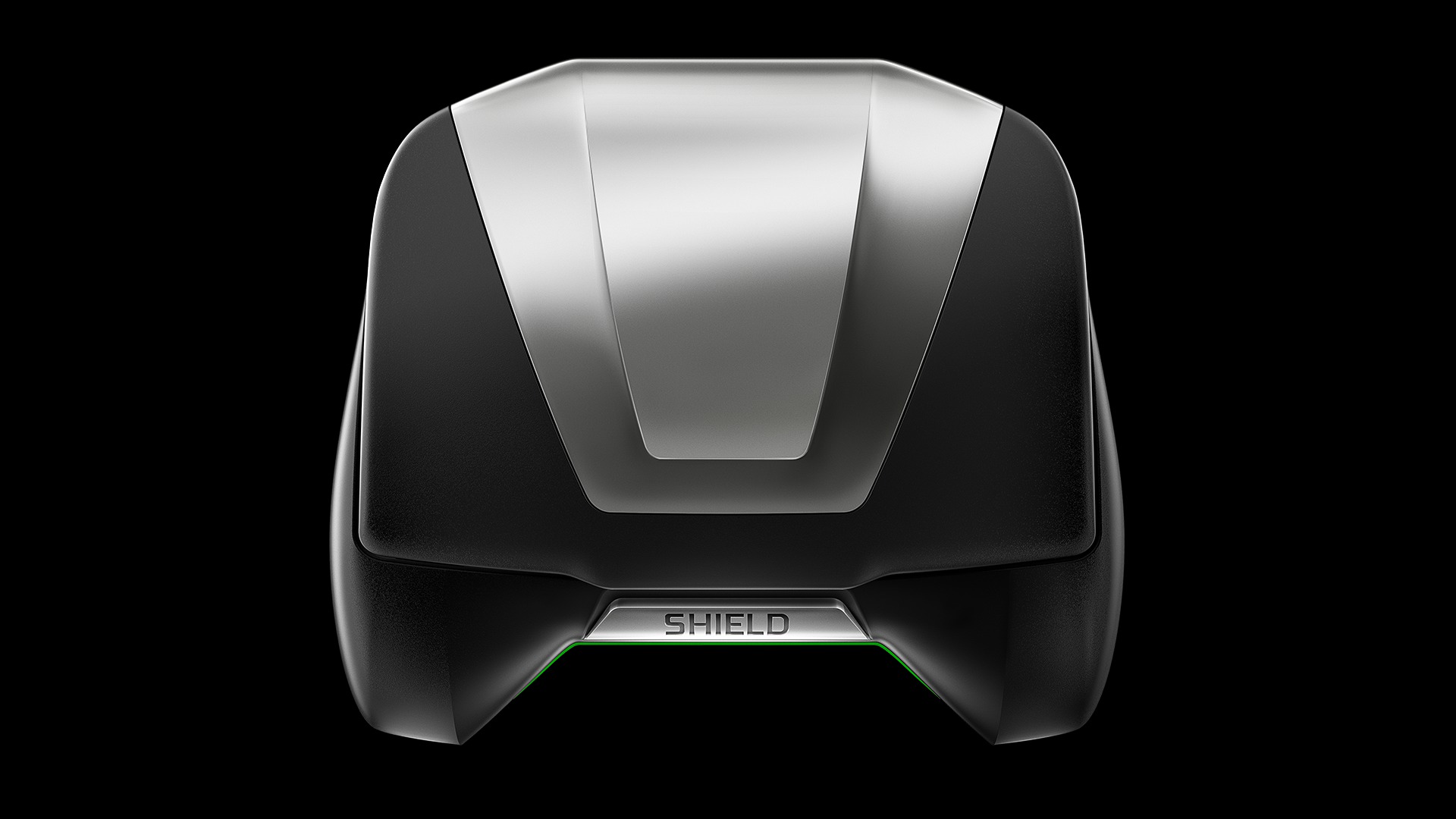 The Shield, along with being a revenue stream for Nvidia, naturally, is also meant to show off the gaming chops of Nvidia's mobile hardware. The quad-core Tegra 4 SoC (system-on-a-chip), clocked at 1.9 GHz, is on par with the most powerful smartphone and tablet hardware currently available, and its 72 GPU (or GeForce) cores will chew through any game you can find on the Google Play store. Nvidia has paired the chip with 2 GB of DDR3 memory, 16 GB of internal storage, and a five-inch 720p touchscreen display. The I/O is equally impressive -- microSD, mini HDMI, micro USB (for power and data), and audio in/out -- and you really have to raise a glass to Nvidia for forgoing any sort of proprietary connector for power or data. If only Nintendo and Sony would follow suit.

The display and audio on the Shield both get very high marks. The five-inch touchscreen is as responsive as any I've ever used, with decent coloring and full gesture support. The speakers, quite frankly, are some of the best I've ever heard on a mobile device -- and that includes some laptops, too. There's always going to be a lack of bass in mobile speakers, but the Shield handles Spotify, Pandora, and YouTube beautifully. This screen-audio combo, coupled with the Shield handling nearly any A/V codec you can muster, makes the Shield a capable portable media player, be it via Netflix or backed up HD movies on a microSD card. I took the Shield on a transcontinental flight, loaded with four 720p movie files, and needless to say I didn't order any flicks through Virgin America's infotainment system.
Battery life and performance are both top shelf as well. The Shield should last about a full day's active use, so long as watching video isn't the primary function. That said, I didn't need to charge the Shield during that same five-hour flight, even while watching two movies and playing oodles of Crazy Taxi.

This is where hardware typically ends for mobile devices, but the Shield is a portable clamshell device, complete with its own built-in controls. It's like holding a heavier, screen-toting Xbox controller. The joysticks and shoulder buttons aren't bad, but the A-B-X-Y buttons feel a little cheap, and sticky. Despite that, and the heavy feeling in the hands (which I personally enjoy, but others may not), the hardware is very impressive overall. 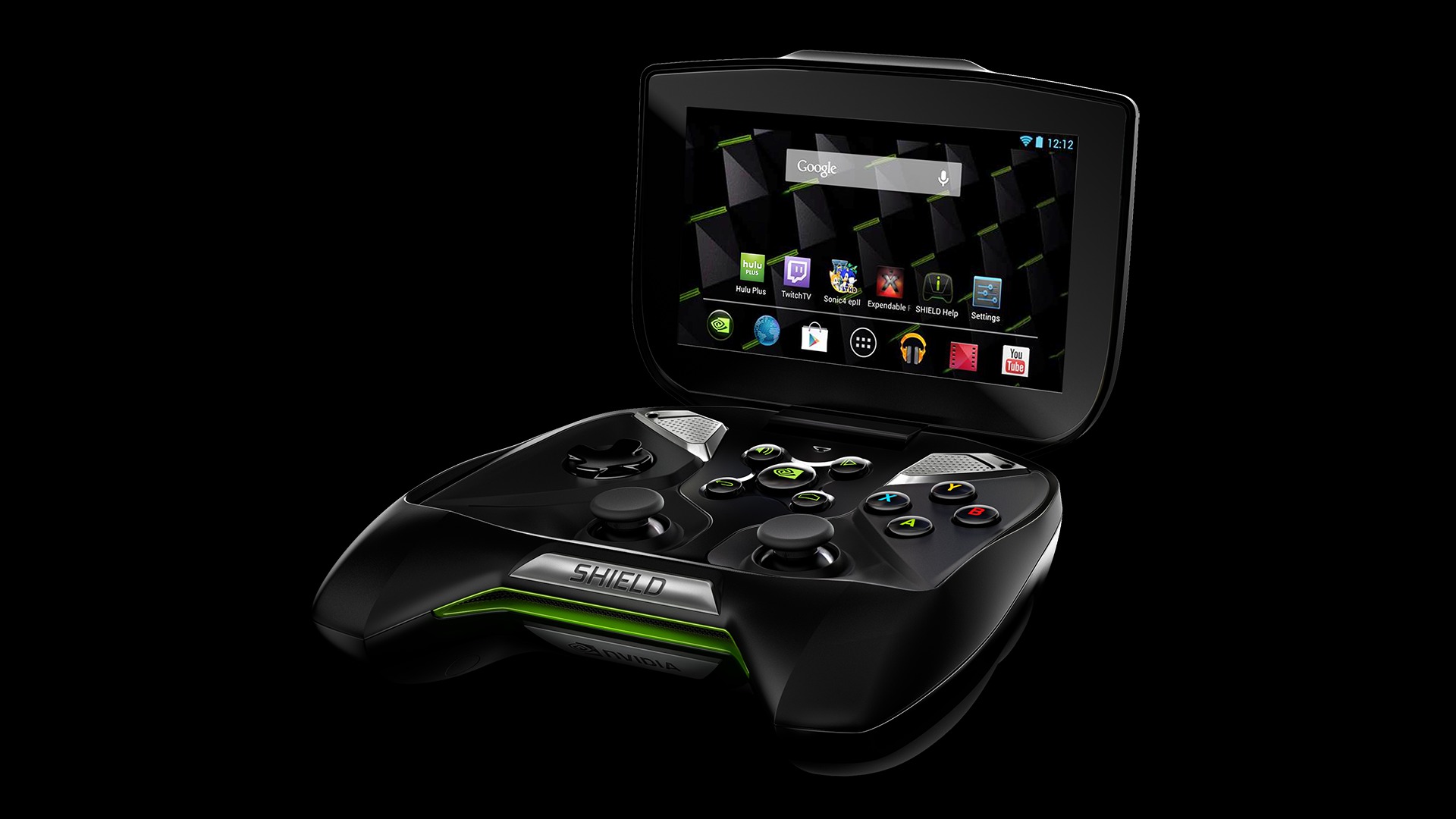 Android 4.3 (Jelly Bean) is the operating system of choice for the Shield, and Nvidia says it will support future versions of the OS as well. An upgrade to KitKat has not been scheduled yet, but with only a handful of devices running KitKat at the moment, the Shield is not late to the party just yet.

The software is stock Android 4.3, but with several Nvidia-specific additions that are only meant to facilitate Nvidia services. Unlike Android offerings from Samsung and HTC, Nvidia isn't replacing any apps or services with its own here, which is why I still call it "vanilla," even with the additions. These additions include the TegraZone app, a Shield Help app, and icons for Console Mode and Grid (beta). The TegraZone app allows you to shop for, and play whatever Tegra-optimized games you've got on the Shield. Google Play is still here, unfettered, but buying games through TegraZone means the title will absolutely work with the Shield. Buying games through Google Play is as easy as always, but games you're used to playing on your phone might not support the Shield's controller. The games that you do buy through TegraZone, like Sonic 4, Crazy Taxi, and Expendable Rearmed, work flawlessly. I've spent more time playing Crazy Taxi on the Shield than anything else, PC games included.