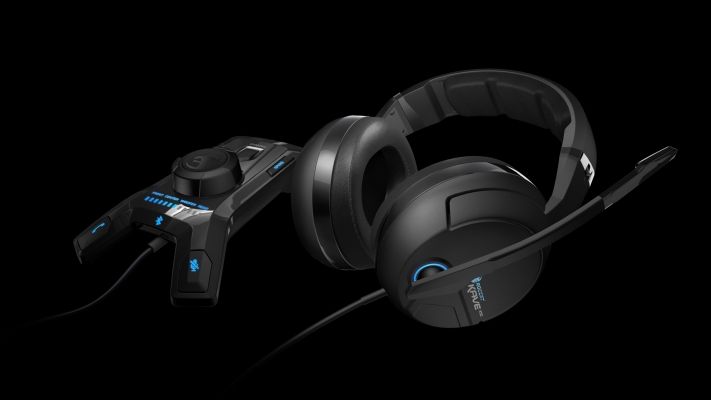 There are two ways to approach surround sound in gaming headsets: Virtual, or go for the real deal. Many stereo gaming headsets offer some sort of virtual surround support, albeit on a software level, while others pair the 2.1 headphone hardware with some sort of Dolby-certified sound card (see: ASTRO's A40 solution).

The second approach, which involves multiple audio drivers per ear, is still a popular route to go. Several drivers in each earcup, each with a specific task, all tied together with a sound card -- either the sound hardware on (or attached to) your motherboard, or an external sound card solution.

The Roccat Kave XTD 5.1 Digital Gaming Headset, released last month, goes with the "true" surround sound approach, combining six total drivers to offer a 5.1 surround sound solution aimed squarely at the PC gaming crowd. At $170, this follow-up to the original Kave 5.1 isn't priced into the stratosphere (given the hardware in the box), but is it worth the price?

The XTD 5.1 is a breeze to set up -- one USB connector powers the headset and its desk-friendly sound card. Once plugged in, you'll be able to use the headset without downloading drivers, although most of the XTD 5.1's features are driver dependent. You can pop the included CD into your drive, or head over to Roccat's support site for a newer version (currently at v1.19).

Once the driver is installed, you can jump into the XTD 5.1's control panel, which is overflowing with features and customization options. It's a little overwhelming at first, and tweaking the settings for 10-15 minutes is a good idea before hopping into the Battlefield 4 server of your choice. 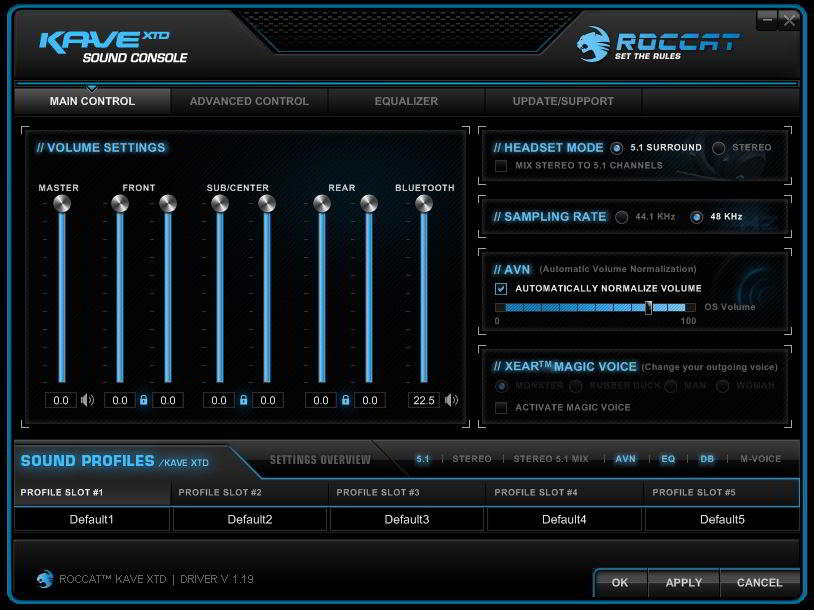 The initial settings are pretty lacking in the mid-range, although the highs are represented well and often. This has to do with the driver design more than anything else, because the XTD 5.1 uses three drivers in each earcup. Many traditional stereo headsets will have one 40mm or 50mm driver in each earcup, which allows for pretty solid mid-range performance without any muss of fuss. The XTD 5.1 has two 40mm drivers in each earcup for center, front, and rear audio, and an additional 30mm driver in each to handle bass/rumble.

Diving into the Control Panel reveals a healthy number of features and settings adjustments, including a 10-band graphic EQ with presets, volume normalization, voice modulation, stereo/surround control, and bass tweaking. It can be a little overwhelming at times, but with five profiles to save settings to, you can keep one at default while messing with settings in others. The Control Panel is not without its flaws, however, including a lack of true integrated driver update support. The "Update Driver" button takes you to Roccat's website instead of downloading software through the app, which is a little inconvenient.