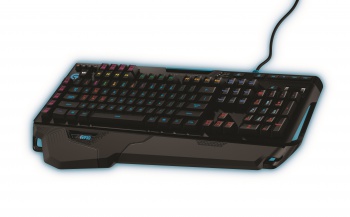 A PC gamer has to worry about a lot of different components: CPU, GPU, RAM, etc. All of those have a huge impact on how a game will run, sure, but sometimes the peripheral used to actually interface with your gaming PC doesn't get treated with the same concern. Keyboards are all the same, right? They have buttons. You press them. Ho hum.

Not so! The set of keys you press to attack demons in Dragon Age: Inquisition or build cities in Civilization can affect your gaming. Not only can well-constructed keyboards react better to your inputs, but they often come with a slew of features to improve your experience. Sometimes those bells and whistles are annoying, getting in the way of just playing the game. The Logitech Orion Spark G910 mechanical keyboard doesn't veer too far into feature-creep territory and instead offers an absolutely wonderful way to play games with only a few minor problems. Even using it to type up emails is oddly pleasurable.

(Aside: It seems like Logitech is taking product codenames and using them for real marketing purposes. What the heck does Orion Spark even mean? Can a constellation conduct electricity? What?)

The physical design of the keys requires some adjustment from the player initially. Each one has a sharp edge and angled upwards bevel to it. By just looking at them, you'd think the bevel is going to get in the way of your work or play, but in practice it leads to much fewer fumbled keystrokes. It's almost as if each key is cradling your precious little sausage fingers, preventing you from pushing the wrong buttons. The keys also have a specially named mechanical switch - Romer-G. In contrast to its conspicuous name, the keys aren't as loud or clackety-clacky as a lot of other mechanical keyboards. It's certainly louder than the typical membrane switch most other keyboards use, but you won't wake up the neighbors with your StarCraft-ing. 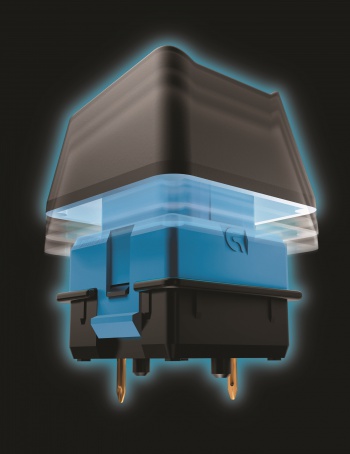 I'm not a professional gamer and I typically play games that do not require quick reflexes or frantic yet accurate key presses. When I did dabble in testing real-time strategy or action games, I found the Orion Spark's reactiveness to be exemplary. The keys just work, but that's true of a lot of keyboards. What separates the Orion Spark from the crowd is just how warm and fuzzy you feel using it.

The update to Logitech's gaming software allows a great level of precision in its control of the keyboard. As with previous versions, you can map specific game commands or macros to any key and the quick macro system allows you to access the power of the keyboard without having to dig into menus. Those who enjoy delving into menus, however, won't be disappointed either. You can create profiles for each game genre, or individual titles even, to adapt the Orion Spark to any circumstance.

Macros and commands can be mapped to additional macro keys - these are useful for commonly used game actions that don't have a decent place to live near your hands. Logitech reduced the number of additional macro keys from previous keyboard designs and their position is a bit questionable. You only have G1 through G5 immediately to the left of the Tab key, with four more (G6 through G9) above the function keys. MMO players may scoff at such a reduction in available macro keys, and there are players, myself included, who want as many options as possible. So while I was disappointed at the reduction of choices, in practice I found I didn't really need them. I never used the ones above the function keys - they were too far away to be useful - but the five accessible by the left pinky finger were enough for most gaming situations.

The lighting of your keys has become a desired feature for some PC-builders, and the Orion Spark delivers with a truly amazing level of color control. Again using the latest Logitech software, you can change the color and brightness for each individual key. That's a big change from only being able to change how the whole keyboard appeared. The color palette available is just jaw-dropping. Logitech says there's 16.8 million permutations - of course the eye can't really distinguish that many - but it's still impressive. The software can automatically color keys mapped with commands from specific game profiles, or you can color each key manually. If that seems tedious, the software lets you drag a box to select groups of keys to change colors, too. There are even neat little effects you can have running - the pulsing rainbow is mesmerizing, but my personal favorite is the breathing effect which dims and brightens the keys in a slow pattern.