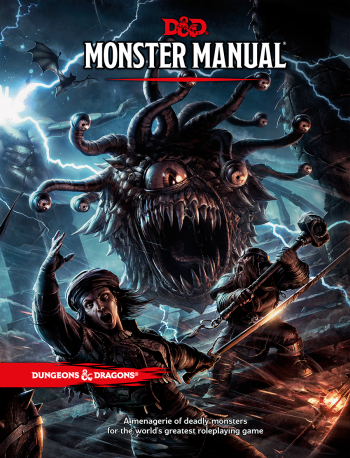 What about the Basic Set and Adventures?

Jon: I actually think it's clear that the basic set and adventures are going to be the strongest part of this release, you think?

Ed: Agreed. I can't wait to get my hands on the Starter Set, because I've been a huge proponent of exactly this kind of intro product. I don't want to keep comparing D&D to Pathfinder, but it's inevitable, and Paizo's Beginner Box did a really excellent job of it. A bare minimum rules set, an adventure, pre-generated characters, and dice -- it's all right there. I do wish they could throw in a few minis, but keeping the price down is more important. One really important detail is what retail outlets the Starter Set will be sold through. If they can get this on the shelves in the toy section at Target and WalMart, that would be huge.

Jon: No, please, make Pathfinder comparisons. It's smart and there's a reason they've been leading the market. I think the design - big, prominent, visual - is definitely designed to appeal to new players. That will get people to pick the thing up - plus, it's a cute callback to the old basic set for veterans. The price is definitely exactly perfect, too, at $19.99 it's well situated as a decent impulse buy for new players. Younger players, I think, than D&D has had an easy time attracting in a long while.

Ed: I'm excited about these first adventures, too. Tying it to Tiamat is great -- she's such an immediately recognizable and iconic villain, even if all you have are vague memories of the 80s D&D cartoon. And even if you've never heard of Tiamat before, a massive five-headed dragon is pretty damn impressive.

Beyond that, it's great to see who's responsible for these adventures: Wolfgang Baur and Steve Winter, working through Baur's Kobold Press as a design studio. Their game and adventure design resumes are among the best in the industry, they've worked on so many successful projects I can't even begin to list them. So I'm really confident that the adventures themselves are really going to sing. The fact that Wizards is hiring out adventure design also helps counteract some of the "brain drain" they've been suffering over the last several years. There've been a lot of layoffs and a lot of people leaving because Wizards claims ownership over anything they design while employed there. That's not to say that the people currently working there aren't talented, but a lot of talent has walked out the door. If we set aside the shady corporate shenanigans of laying someone off and then hiring them as a contract worker, it's at least good to see that Wizards is willing to pursue the talent needed to create great games.

Jon: I hadn't considered that bringing in an outside studio would counteract any brain drain, but I do worry that Baur and Winter's adventure design is going to be too inside baseball for new players. The first adventures for a new system tend to actually be some of the weakest - consider how much errata Keep on the Shadowfell for Fourth Edition D&D needed by the time essentials rolled around. With that in mind, Kobold Press is an excellent studio to design them. They make really good work, but I worry that their episodic structure for these adventures is going to leave new players without a good idea of how to make their own adventures. The bar will simply be set too high. Without an incomparably written Dungeon Master's Guide that tells people how to make and run this game, I think a lot of interest will stall out after these adventures.

Ed: Not having seen the adventures, I'm willing to give Winter and Baur the benefit of the doubt. I'm sure there was a mandate from Wizards that these adventures be as newbie-friendly as possible.

Is $50 Per Book Totally Insane or Just Slightly Insane?

Ed: There's obviously some sticker shock when you see the price per book, and even more when you consider the three core books adding up to $150. I understand that and agree to some extent. It's a commitment. It's out of reach for younger gamers or gamers with limited budgets, which is a damn shame. The books will undoubtedly be far less expensive on Amazon, which is fine, but it's going to take the legs out from under local game stores. Luckily, the average FLGS isn't as tied to the success or failure of D&D these days. There's a healthy diversity in the RPG market. But it's still a problem.

Jon: I think it's a perfect price. Yeah, lots of people are going to buy them online from big retailers, but that's only going to be new players. People who love their local game stores are going to buy from those. You have to think of D&D more like a console than a single game. This is an engine for lots of different stories over years, not just single sessions or even short-term play. $150 feels like a paltry investment, and sitting at $240 for every announced printed product feels perfectly fine. Sure, it's going to be expensive, and sure, that's going to delay purchase for some people, but many will buy in eventually. Plus, it's not Wizards' job to keep the local game store open - but they've tried. Getting people into those stores, where they'll decide to buy future books out of convenience, is going to be the job of broadening the D&D Encounters organized play program.

Ed: I think if we look at the big picture, you're right. I wonder how many of the people complaining the loudest have $300 gaming systems in their living rooms. I wish it was a little cheaper, but considering an entire group only needs one copy of the DMG and Monster Manual, and can share a few PHBs between them, it's really not that terrible of a price. It's not that I don't think the game is worth the investment, but making D&D cheaper makes D&D more accessible. You know what would be really cool? If Wizards played up the educational aspects of social gaming and donated some books to school gaming clubs or after-school recreational programs.

Jon: That would be very cool. I think Wizards is going to be fighting a bit of an uphill battle to get their fans back in the game. There are a lot of reasons to stay with Pathfinder or another, older game.

Ed Grabianowski is a freelance writer who has covered everything from professional wrestling to the stock market -- you'll find him at io9, HowStuffWorks, and many other places. He's a lifelong tabletop gamer, currently running a Pathfinder campaign while avoiding Friday Night Magic because Damnation isn't Standard-legal.