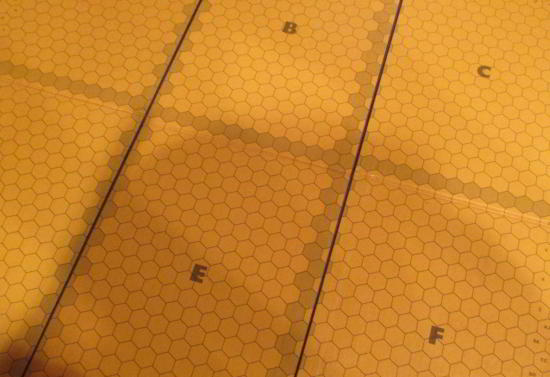 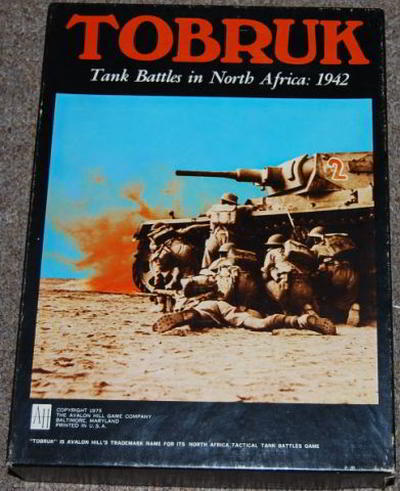 What made Tobruk interesting was its focus on the North African campaign of World War II, recreating many of the infantry and tank battles featuring the German forces of Field Marshal Erwin Rommel and the British forces under General Bernard Montgomery, with guest appearances by the lousy armor of the Italian army.

The units represented single vehicles and platoons of infantry. I was attracted to this game because, as a kid, I had watched the TV show Rat Patrol, which followed four Allied soldiers and their two machine-gun wielding jeeps during the North Africa campaign. Even though the show only lasted a few years (and can still be seen in re-runs), the show was enough to fuel a young kid's fascination with World War II.

Of course, being a desert campaign, the game boards of Tobruk were pure orange. Any fortifications were represented by counters, such as trenches, barbed wire or bunkers. The rules were simple and took into account how effective various weapons were against the armor of the tanks used by Rommel's Afrika Korps and the British Desert Rats (among others). Sheets were also used to track casualties of infantry platoons.

This was a very tactical game given the openness of the terrain, and it was also very specific with a limited set of scenarios. Didn't hold my interest as long as some other games, but the mix of TV show reminiscence and game make it very memorable.