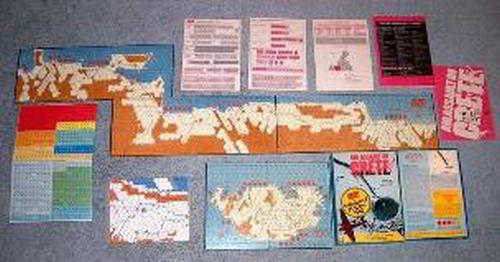 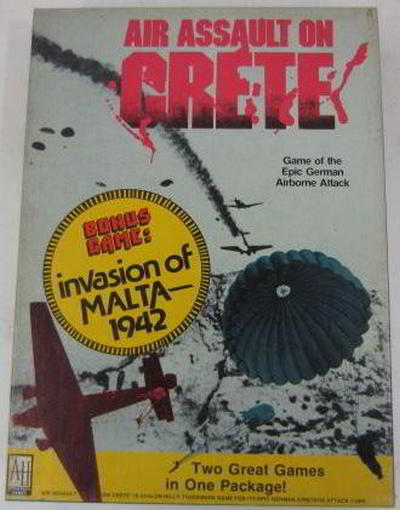 Another in my long line of World War II board games, I gravitated to this one for two reasons. First, it represented the first total airborne assault of an objective in history, and second, offered a separate game (and board) that recreated Operation Herkules, the never-carried-out invasion of the heavily fortified island of Malta in the Mediterranean.

For those unfamiliar with the Crete campaign, Germany decided to drop in paratroops to the island beginning on May 20, 1941 under the code name Operation Mercury. Germany took heavy casualties on the first day, but due to a miscommunication among the Allies, were able to capture the island's only airfield the following day. With the reinforcements, the Battle for Crete was over within 10 days.

The game does a good job of approximating the troop strengths, drops and reserves from the battle, offering several scenarios set over the course of the 10-day battle. The appeal was in the massive airdrop and then trying to secure the airfield, which would have turned the tide of the real battle if it had not have fallen.

The Invasion of Malta bonus was a fun game in its own right, and a much shorter campaign of course, given the size of the fortified island. Ironically, it appears that the Malta game had more longevity than its counterpart. 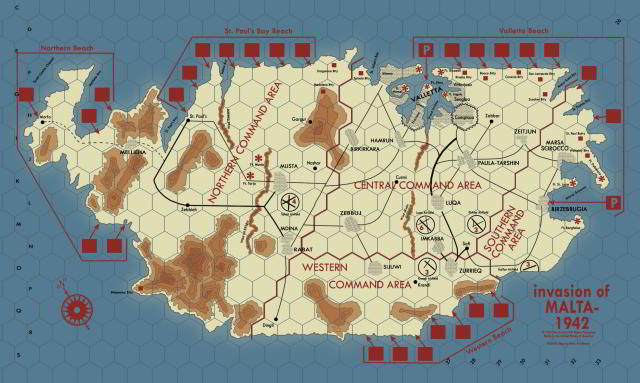