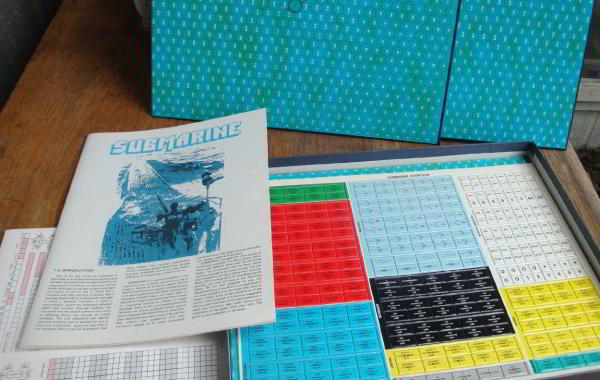 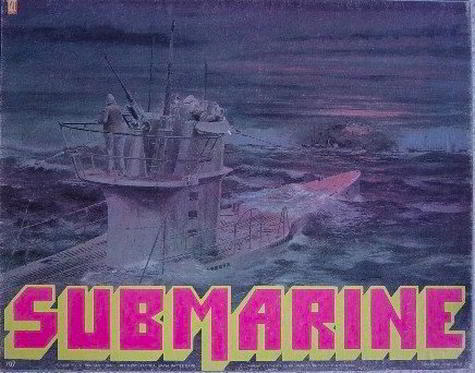 Another game that appealed to my fascination with the warfare of World War II was Submarine. With many WW2 scenarios featuring German, American, British and Japanese ships, this game also sparked my interest in submarine and wolfpack-style computer games years later.

The game originally appeared in 1976 from Battleline, but Avalon Hill scooped it up and republished it in 1978 with more advanced rules.

This was the first modern sea battle game that held my interest for quite awhile. I was interested in the hidden movement, the sonar pings, as well as plotting torpedo paths to take out merchant ships. I played a sub captain more often than I did the merchant/escort fleet, and eventually felt confident enough in my ability to enter a tournament, where I finished second.

Many war game aficionados claim the game was weak as a simulation, but given the game's popularity both in play-by-mail campaigns, create-your-own scenarios and continued multiplayer tournaments, it is safe to say the game was a huge success. It also held my interest longer than many of the games on this list.