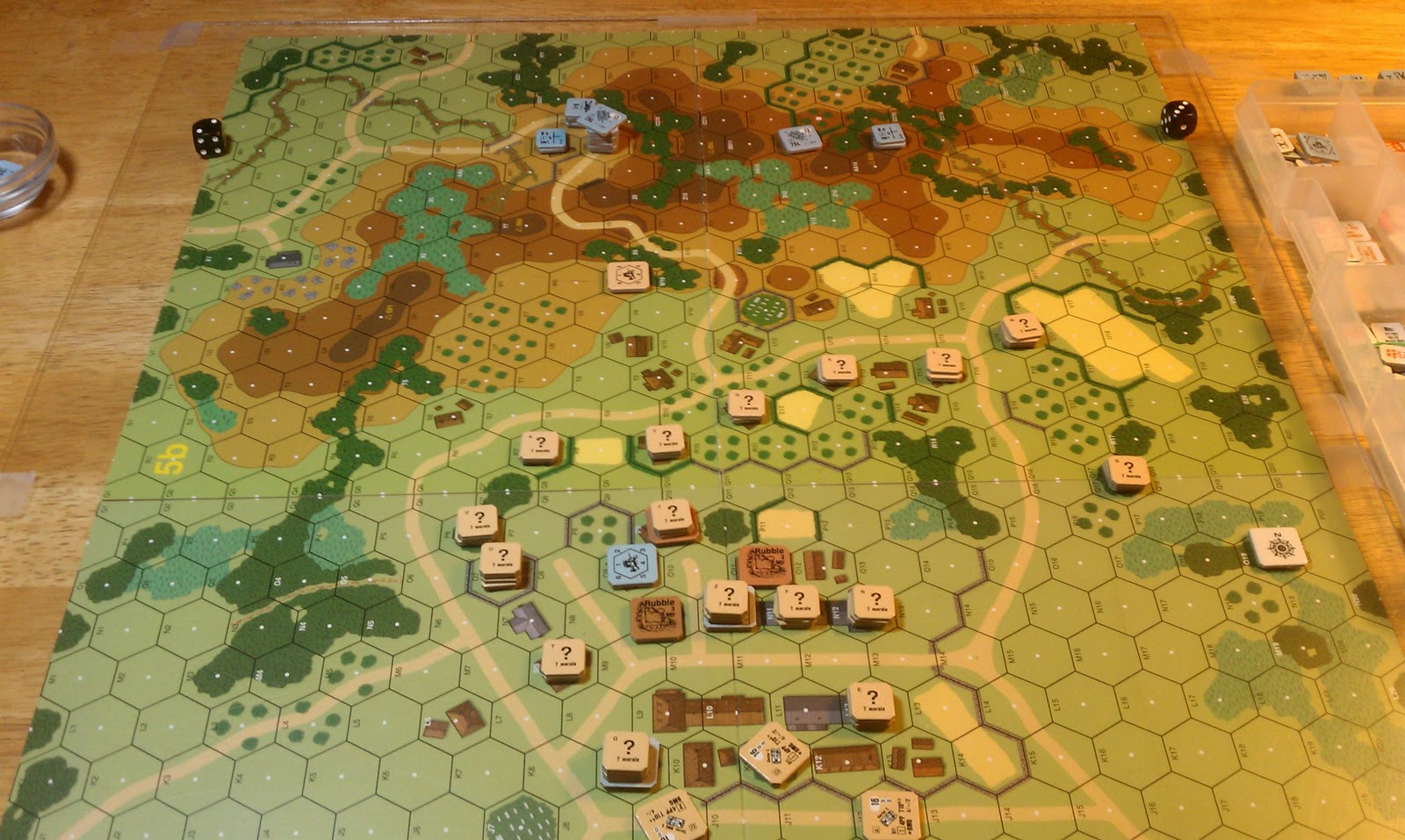 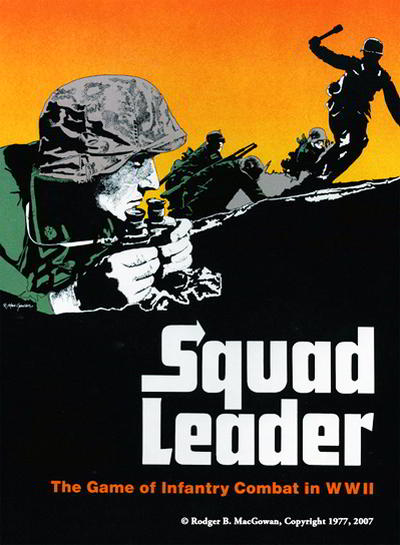 I save the best for last, not only because Squad Leader took up so much of my time, especially with the ensuing expansions, but also because it had the most involved ruleset I had ever played to date. I knew this was a game for me when, while playing, I had to constantly double check the rules to make sure I was playing properly because of the rules complexity. I was hooked.

Squad Leader took the game to a new level of minutiae at an infantry level, trying to simulate leadership, morale, much closer combat, and a more intricate line of sight approach than previous tactical games. Armor made an appearance, but it was rare. The game also introduced geomorphic map boards that could be placed in various different combinations to offer quite a few more terrain options. It also had some damn fine looking unit design and maps.

The game had 12 basic scenarios, but since it was designed as a game system - one that allowed "design your own" scenarios and variations on the basic ones - there was much more replayability. And since this was game system, Avalon Hill was able to build on this with various expansions.

Cross of Iron arrived a year later in 1978, offering some tweaks to the rules, as well as a forest map board and eight new scenarios. These scenarios focused on the Russian and German troops, including most that saw combat on the Eastern Front. It also brought in more of an emphasis on armor not seen since the days of Panzer Blitz and Panzer Leader.

Crescendo of Doom came in 1979, with more rule tweaks and additions, two new map boards for orchards and river terrain and 12 new scenarios focusing on British, French and German troops and armor from 1939-1941. Also during this time, Avalon Hill released an additional 10 scenarios for Cross of Iron.

Needless to say, this all kept me quite busy, virtually cutting off any other Avalon Hill game I was playing. Just trying to keep up with the rules was an adventure, and given the chance to create my own scenarios just added to the furor.

By this time, though I was preparing for grad school and never had a chance to tackle the final Squad Leader gamette, GI: Anvil of Victory in 1982. It was probably a good thing too, because this addition was larger than the original game, adding five more boards and numerous terrain "overlays", 13 scenarios and a large number of changes to what had been fundamental rules from the initial game. This was the last official expansion, but Avalon Hill released - via mail order only - several additional scenarios and three new map boards.

Avalon Hill produced an amazing line of board games in its time. Share your memories of your favorite games and ones you'd like to see get new life in the comments below.