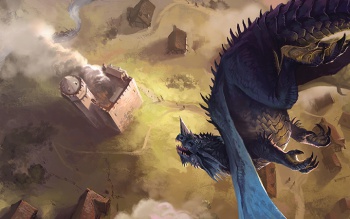 As we get closer to the launch of the new Dungeons & Dragons next month, there's been much talk of not only how the game will be released, but what precisely will be in it when it does. To look deeper into what's going on, I caught up with Wizards of the Coast's head of D&D Development, Mike Mearls, to talk about what's in store for D&D.

Jon Bolding: I wanted to talk to you up front about the decision to stagger the release schedule, which some people have been critical of. I know that you, Mike, were really interested in making sure that every book was as high a quality as possible. And I know that you had based that decision on the 4th edition release. What is the thought process there?

Mike Mearls: I can use what we're working on right now as an example. Right now we're working on the Player's Handbook. There are two things that drive me here. First there's the practicality of the schedule. By working on each book one at a time, we can focus everyone on it. Which means we have more eyeballs going over the book. More people working on the rules, more people editing it, more people playtesting it. So there's a simple focus question. And this is also what has hurt us in the past and which we wanted to correct: Not only is everyone on the team looking at the book at one time, but they're all also learning that book at the same time. What had happened in the past when you had separate teams working on each book, building all that stuff, all that knowledge - the game as a whole together - is already a really difficult task. What this means now, is, that once the team shifts its attention to the Dungeon Master's Guide or the Monster Manual, everyone is very familiar with all the details of the Player's Handbook so we're all much more intimately familiar, much more informed about the game and everything can work together much better.

As an example, the spell invisibility in the Player's Handbook says that when you attack someone the spell ends. Well, that phrasing, knowing that's there, is important to the DMG or the Monster Manual when that shows up again everyone knows this is how that spell works. They don't have to go ask someone "Hey I'm not that familiar with the depths of the Player's Handbook, is this how that works?" So if we had a magic item that let you [be invisible] and attack someone, or if we had a monster that had that ability, they can refer to the actual, final text of the Player's Handbook as a resource rather than "Well here's the current draft of that" and they don't have to continually refer to the people working on that other part. So it's about the ability to focus, and the ability to put one part set in stone and then move on to the next.

Bolding: So you guys probably have one of the largest development teams in roleplaying games, how many members is that right now? 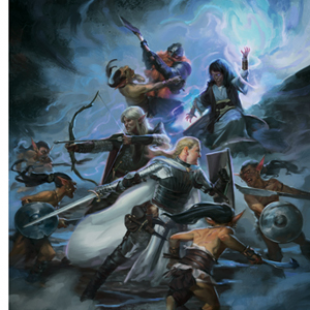 Mearls: The team as a whole has about fifteen people. About half that are actually working on the RPG right now. The other half are working on other D&D stuff like Neverwinter, iOS games, licensing, or board games.

Bolding: Do you think that the slowness of keeping everyone informed and on the same page is a cost of having that large of a team making the quality of product you want to make? That having more people doesn't make you more agile?

Mearls: I think that's definitely part of it. If we were working on something other than D&D. If we were launching a completely new roleplaying game there's a different expectation for the amount of content people expect at launch. When you're working with D&D where people will say that "I expect to have a couple hundred monsters when the game comes out," or "I expect to have a DMG that lets me create my own world." With our team we're trading some of that ability to be agile and present a small amount of content for the ability to be comprehensive. In the development process early on we did have a small team because we were focused on iterating on a small number of ideas. Now we have changed from the developmental side of things to actually trying to make a product. Now we have more people on board, now there's more work, and separate lanes of work to converge in a way that keeps everything organized.

Bolding: When you launch, are you planning on launching digital at the same time?

Mearls: We don't have anything to share on that side yet. Like everything we've done so far, we want to make sure when we have an announcement we've got everything fleshed out, we've got something meaty to talk about.

Mearls: I think for us it's about being able to have a conversation. Especially with like, the product release dates. Like last year at Gen Con we said the game will release in 2014. Then we gave more details this year when we had them. I think what we've learned from the past is that until we know everything is lined up and is ready to go we don't want to start talking about it. I know people will get frustrated because they want to know stuff earlier, and I think we're willing to accept that we might have some unhappiness because we can't give details yet - and we'd rather have that unhappiness than people unhappy because we announced something and when we release it a year later it doesn't look anything like what we announced. We might have some people unhappy because we didn't say more, but that's better than everyone unhappy because we didn't make something we announced. We do, once we have a timeline in place, try to share that. We try to give people the heads up and when they can expect to hear more. But we have a lot of projects in place and we don't want to have to rush things [to make dates.] You can have the best Monster Manual ever printed but if the Player's Handbook is terrible then it doesn't matter.