Bolding: Of the three books, most people seem confused about what the Dungeon Master's Guide is going to do for them. Can you give us a basic overview?

Mearls: The DMG is, well - going back to Basic D&D as a starting point - if you think of the Player's Handbook as for the player who is looking at character classes and played a couple of them and wants more options or wants to fine-tune what their character is, or who says "I want to play a paladin." The DMG serves the same role for the DM. Basic D&D hits core fantasy, it's stereotypical fantasy adventuring. If you're the DM and you want to do something more exotic, you say "I want to add technology to my game" or "I want to have more detailed rules for a grim and grittier game, more of a horror game." That's where the DMG comes in, it's for really fine-tuning your campaign, and creating a different type of experience than your standard fantasy campaign. It's also for expanding the scope of the game. So we've talked about things like ruling a domain or things like that. The more detailed rules for that would be in the DMG. We've talked about having some basic rules for things like that in Basic D&D but we're not 100% into it either way - is it confusing to new players or is it nice that it gives them a clear progression? We're still not quite decided on that yet. It's for if you want more depth on specific topics.

The DMG also has a lot of utilities in it, like for dungeon creation, adventure creation, creating monsters, creating spells, even if you wanted to create a character class. It's not quite the point-buy system from 2nd Edition, but it does say things like "Well if you want to create a class for your campaign then here's a good way to approach it."

So it's really for getting under the hood of how the system works and building up your campaign.

Bolding: So really, besides maybe Unearthed Arcana, there's never really been a hacker's guide, as it were, for D&D.

Mearls: No, exactly. And that's what we were inspired by. People like to tinker with their campaigns, and especially if you've been DMing for a while and you kind of want to do something different. Really going into in-depth [changes]. And now, it's not going to be deconstructing everything, but it's giving you the tools you need to make your own changes. And there's always going to be art to it, like monster creation, we can't give you a formula that's perfect. What do you do with a monster that has one hit point, one AC, and can cast harm once per day? How do you balance that? There's no simple answer, but even just telling DMs that helps. 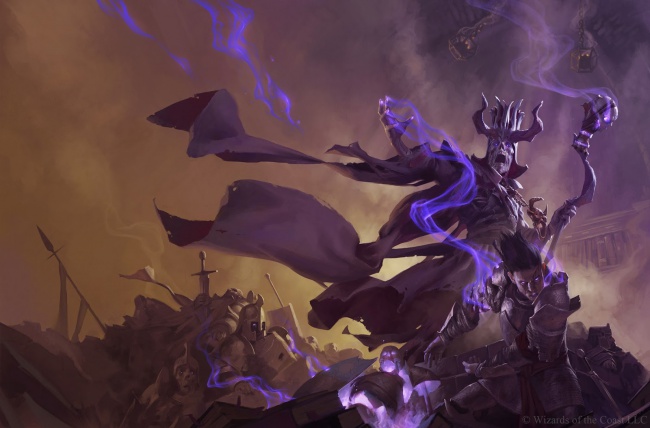 Bolding: So it sounds like you're almost doing some heading off at the pass. You're answering the first common questions people take to a forum because they're confused about. Is that true?

Mearls: Yeah, exactly. That's a good way to think of it. We have a lot of information to draw from. Its been fourteen years since 3rd Edition came out. You get a sense of what people are doing with the system with the open playtest. Before its a problem we've already given you a solution. Trying to make it as easy as possible for people to run their campaigns.

I've been working at Wizards since 2005, looking at questions that come into customer service or the forums. When we're working at D&D it's a lot like a service organization, we are providing support for people who are playing a tabletop roleplaying game. Even when you buy Tyranny of Dragons and run it, the players are going to make some weird decision, you're going to change things, you're going to rearrange some stuff. Even when you're providing people with an entire campaign there's going to be an element of creation.

Bolding: You released information about what an open game license or licensing for D&D may look like, and you're looking at releasing that fully next year?

Mearls: From our timeline we're looking at early next year.

Bolding: What's the kernel of an idea on what an OGL or licensing may look like?

Mearls: I don't want to go into too much detail because a lot of things are up in the air, but I will say that when 3rd Edition launched in 2000 there was this land rush mentality, and I think it makes sense from a business perspective. If you're a third party publisher you want to make sure you're the first to the market. Well, in their rush, you end up with people designing their adventure without the DMG. I was one of those guys. We want all the resources available, we want all the materials available, we want people to have been playing the game. We also want the audience to be informed.

I'll use the magic as an example - we want the audience to be informed and know that if anyone does anything that lets you have two concentration spells at once they've broken the game. You can't have cloudkill and hold person at the same time. Now, in your home game, you can do whatever you want. We just want everyone to know how the game works and want everyone to know what's out there in the system and what we learned from playtests before we turn everything loose.

Mearls: It's fun surprising people. We have more pleasant surprises.

Bolding: Any hints on those?