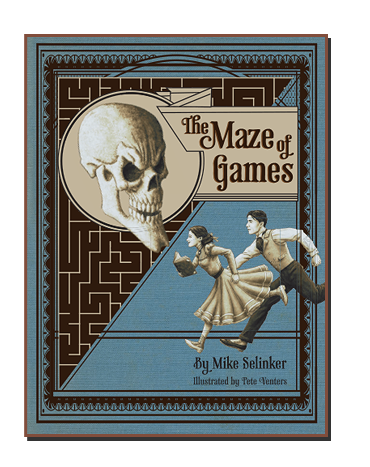 Occasionally someone gets an idea so outlandish and cool that there's simply not a good word for it. You imagine that's what the creators of the original "Choose Your Own Adventure" books probably felt. They couldn't safely call them novels, because they weren't. You imagine that's how Mike Selinker thought when he came up with the idea for what he alternately calls an "interactive puzzle novel" or a "solve your own adventure" - the imposing adventure tome The Maze of Games. Funded last year via Kickstarter and involving dozens of top-tier talents from writers to artists and puzzle designers, The Maze of Games is an intriguing blend of new and old that deserves the attention of readers, puzzlers, and gamers alike. This year, Selinker and noted nerd actor Wil Wheaton are taking The Maze of Games beyond its bound version, indeed, beyond its iPad version, and into an audiobook that transcends platforms. We spoke with Selinker about his vision for Maze and what he thinks can come of it.

The Maze of Games is a weird creature - not quite choose your own adventure and not quite game. Does it feel like you're exploring new territory?

Mike Selinker: I certainly hope so! It's kind of a book I wanted to have as a kid. A story in the vein of Narnia and A Wrinkle in Time, set against a puzzle challenge as complex as Masquerade. What I hope people are doing right now is trying to figure out how to get through the book, at the same time they're immersing themselves in the world. I want them to think they're my protagonist teenagers Colleen and Samuel, running around the skeletal Gatekeeper's mazes.

How did the idea of The Maze of Games come along?

Selinker: In 1995, I was building the first of our large puzzlehunts at the summer conventions-we've done one a year, first at Origins and then at Gen Con. I needed a story reason for all these puzzles I wanted to make and characters I wanted to include, and for some reason I came up with a maze. That year, at Origins in Philadelphia, we laid out thousands of dollars of electricians tape on the convention floor and turned the dealer room into a maze. I knew I had something that I wanted to tell a story around, and The Maze of Games was born. 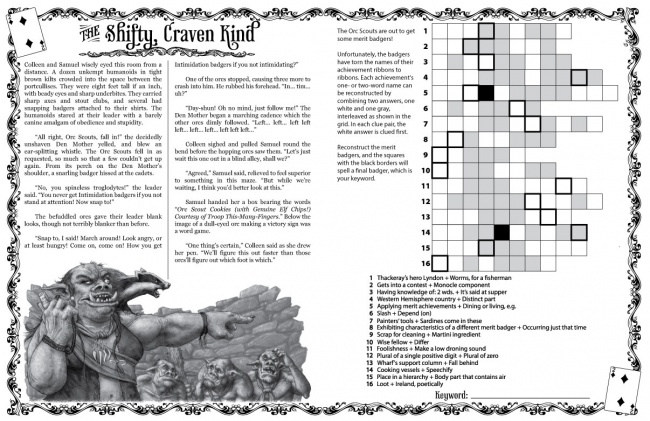 When did you decide to really amp up the amount of factors involved, adding audio and music?

Selinker: It was when Austin Wintory dropped me a Facebook message in the second week of the first Maze of Games Kickstarter campaign. He is the award-winning composer for some of my favorite videogames: Journey, The Banner Saga, etc. Austin saw a vision of music in my story, and wanted to be the person who gave it life. I enthusiastically agreed, and a year later we have a soundtrack, an audiobook, and an album of vocal songs. I never imagined this, but I'm so glad it happened. 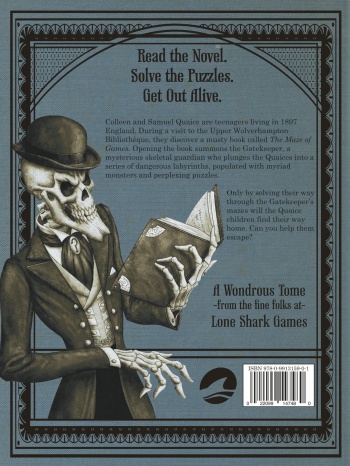 Selinker: It was the hardest thing I've ever done as a writer and as a puzzle designer. The thing is massive, and incredible complex. We had giant Excel files of plot lines and puzzle sequencing, and a white board that looked like a homicide investigation wall. But it was really cool. I had a great team, but especially my developer Gaby Weidling distinguished herself by helping craft all the puzzles, hidden puzzles, metapuzzles, and metametapuzzles.

Giving audio to the book that is Maze of Games turns it into a multisensory activity instead of a mere "solve your own adventure." How did this inform your creative work?

Selinker: I'd been hearing these characters talk in my head for years! But hearing Wil Wheaton start to bring them to life has been incredibly revealing. He hears things I don't hear. Case in point: There's a bard who is described as being awkwardly trying to set Shakespeare's songs to music. We thought of awkward very differently. His bard is stentorian and clumsily forceful, while the one in my head was closer to the one Storm of Paul & Storm plays on our mini-album Songs in the Key of Maze, which is coming out with the audiobook. Both versions are bang-on, and both are hysterical. (By the way, speaking of hitting all the senses: We have a perfume. No, really.)

Maze of Games has a lot of talent behind it for such a new media concoction - from puzzle designers to writers, actors, and game designers. So much, in fact, that it seems much like a passion project at heart. What was working on Maze like?

Selinker: It says my name on the cover, as well as the brilliant artist Pete Venters, who brought all these characters to life in a very different way than Wil did. But in the final credits, there are over 100 people who contributed to the project in some creative or logistical way. It's maybe the biggest game project I've ever worked on, and this is coming from the guy who made the Pathfinder Adventure Card Game. It's become my legacy project, and I want all my friends on board. With luck, people will share it with their friends too.

How was working with puzzle makers as an author? Did you do a lot of back-and-forth, or were they able to understand your vision easily?

Selinker: I only asked the most talented puzzlemakers to help with the puzzle book section called the Conundrucopia. They all leapt at the chance to write a puzzle set in 1897. For example, Jeopardy! champ Ken Jennings wrote a trivia quiz whose answers are all current to the 1890s (e.g., "Which mind-blowing speed is the surely unbreakable land speed record: 70, 90, or 110 mph?"). They got it and they delivered.

The physical version of The Maze of Games is available now. The audiobook version is currently on Kickstarter.