Crawford's desire for inclusivity made one of the game's pillars, and part of his style guide, that it must be as broad as Dungeons & Dragons' diverse player base. "Fifth needed to be a big tent that had room for all of D&D," he explained, then continued with the direct and practiced tone only an editor explaining his own style guide can use. "It's a wonderfully diverse game with many types of players with many playstyles." So 5th had to adapt to its players, not the other way around. "It's a love letter to the game's past, and it lays a groundwork for where the game's future can go by simplifying its core. I hope the edition is long thought of as a wonderful, timeless expression of Dungeons & Dragons-not of a particular way of playing the game or of a business plan. Just D&D, glorious warts and all. And I want it to be remembered as the edition that was designed as a big tent, with a place for many different playstyles and for players of every race, sexual orientation, and gender identity."

Similarly, Crawford placed importance on D&D's many worlds as one of its pillars. "There are many roleplaying games on the market, but few of them are as broad in their aesthetic reach as D&D is expected to be. D&D has this multiverse where many worlds are part of one setting and that has been around for a long time. Over time though that connection was eroded, so rather than being all D&D in different worlds they were almost different games: Forgotten Realms, Greyhawk, Dragonlance, Ravenloft... but we wanted to undo that." 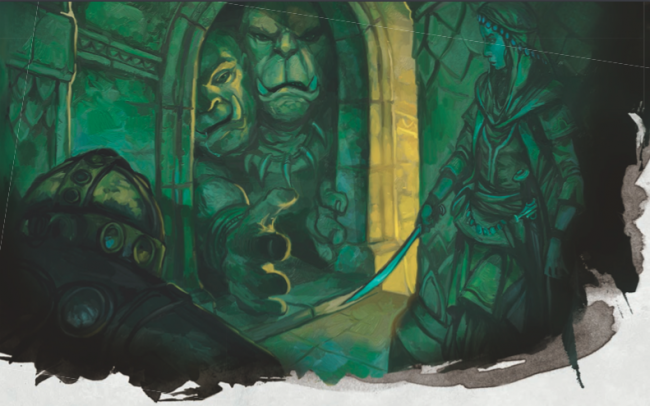 As to whether he thought he truly succeeded, well, he wouldn't quite commit to his own success over the game's success as a whole. He did say that they had made the best version of D&D they could, and he was very thrilled with the fan response. "Mike [Mearls] argued very eloquently to the executives for the time to make the best version of D&D and the best books possible. We gave very frequent reports. The whole company took a gamble on whether the idealistic version of D&D could succeed. It was a risk, and it's possible that it wouldn't pan out, but we are very happy that it actually worked.

He, on the other hand, wasn't much in the public or company face during development. "I felt like a gnome working in a cave for several years, and when I emerged it was like 'oh, good, people like what I was killing myself doing.'" That, he said, was "largely a division of labor" due to himself overseeing the core books while Mearls was the face of the edition to the public. Now, he says, some of the team is moving on to more for the game - from work on video games to board games, novels, and other licensed products. Though he's definitely still working on the next D&D book and wouldn't tell us what it was.

That said, he's emerged a little from his warren, and you can find him on twitter @jeremyecrawford.

Jonathan Bolding is The Escapist's Tabletop Games Editor. He is likely to be eaten by a grue. You can find him on twitter @JonBolds or view his other work on the site.

Editor's Note: An earlier version of this article erroneously implied that Jeremy Crawford was working on material other than the Roleplaying Game, this has since been corrected.