Jeremy Crawford has been on the Dungeons & Dragons R&D team at Wizards of the Coast for a while now. He has always been a bastion of stability for his primary working partner and D&D co-designer Mike Mearls. "Mike has lots of Jobs," Crawford told me over a Skype call, "he's often spitballing big picture ideas which is how he and I have worked together for the past seven years. Mike will often come up with a great, zany idea and then he'll come to me."

"And I'm the guy who has to say: We have this idea, here's how we make the idea work." 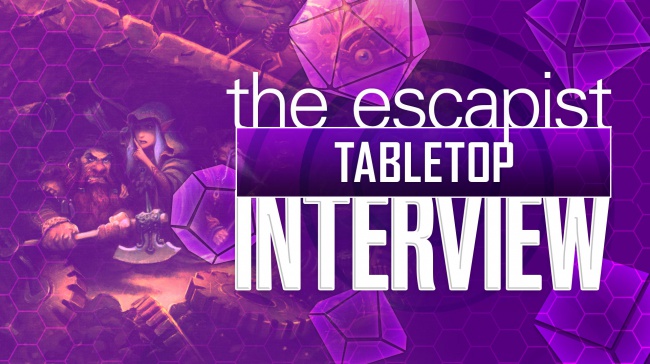 See, Crawford isn't the team member whose only job is to invent game mechanics: His job is to make them work. He's the one who decides what gets to stick in the game and what doesn't. He was the Rules Manager for 4th Edition D&D, making sure the game stayed internally consistent, but for 5th Edition his role was a wholly new one: He was Co-Lead Designer, Lead Rules Developer, and Managing Editor. In the past, said Crawford, "my roles would have been three different people. This was a first for us, having one person at the head of the project in three very different roles." As you can imagine, that's a lot of work.

"There was a dark side where it was kind of crushing," he said, "the upside is it allowed us to have a throughline for the whole project. So I was the person who decided if what we had decided was important two years prior was still being executed two years later." See, Crawford was in on the foundational level of 5th Edition. Entertainingly, the way he puts it, being in on that level sounds like it was almost happenstance. "While we were working on the Essentials books for 4th Edition in 2010, Mike Mearls started pondering what a fifth edition might look like." Crawford said, so in a quick session "He grabbed me and Rodney Thompson, and the three of us dreamt up what later became some of the principles for our work on the new edition."

Development on the edition started the next year, in 2011. As the designers went into deciding the pillars of the game, there were what Crawford called 'heated discussions' about choices. "Any time you get a group of talented, opinionated designers in one place there are going to be disagreements," he said. That's very clear, as the era of 5th Edition development Crawford was talking about is the one where designer Monte Cook left Wizards of the Coast - though Crawford didn't explicitly make the connection, and Cook himself has been very clear he didn't have any specific conflicts with the design team. In the end it was clear that Mearls was the person charting the course, but Crawford was the one steering the ship. "We had to have someone who at the end of the day made the decision about precisely what was going to be in the game and that was me." When asked to sum up his role, he said very succinctly: "I turn strategic ideas into a reality that people can play and enjoy at the table."

Crawford was, though, very reductionist about his purpose on the team. You could tell as he spoke that he put a lot of blood, sweat, and tears into the game. Early in the interview he mentioned "the dark side where it was kind of crushing" to have three roles, and that's a theme that - though he was very positive about it - came up again and again. Likewise, an offhanded example of what his daily schedule looked like in 2013 included meetings with thirteen individuals, feedback on five different topics, two editing sessions, and cramming in time for writing of his own.