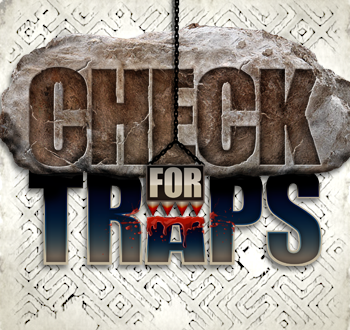 Last installment, I discussed the problems of alignment, and why despite those problems, throwing out alignment is the wrong move if your campaign is based on the themes of myth, legend, and fiction that most are. I argued that because morality is "hardcoded" into the most popular RPG genres, such as high fantasy and space opera, RPGs need an alignment system to maintain their verisimilitude to their genres. I then explored whether we could make sense of the inscrutable yet insanely popular Dungeons & Dragons alignment system by applying theory from real-world moral philosophy.

Successfully explaining the differing D&D alignments as different moral frameworks took us from Lawful Good's deontological altruism to Chaotic Evil's consequentialist nihilism. But this result, which might be called "alignment as philosophy," is highly abstract. In our follow-up discussion on the forums, many of you said you needed a simpler, more concrete system for your games. So this column, we'll take a look at some simpler approaches, including the original Chainmail/D&D system and the popular Palladium Megaverse system.

Under this alignment system, a character's personal virtues and vices matter don't matter, only his allegiance to the cause. In a World War II context, if your character is a nasty piece of work that gets off on fear and likes to carve up the flesh of his defeated foes, it doesn't matter, so long as he fights bravely for the Allies, he's a good guy. (Inglourious Basterds , I'm looking at you!) Likewise, if your character is an upstanding, honorable, disciplined soldier who writes books, loves his wife, and gives to charity, it doesn't matter. If he fights for the Axis, like Erwin Rommel, he's a bad guy. If that's too historical, then consider that you needn't mourn the death of the contractors on the Death Star because they were aligned Imperial.

While this might seem like a radical revision of what alignment is supposed to do, it actually harkens back to the very first alignment system in the very first RPG. Consider that the word "alignment" is not a term that has anything to do with ethics or morals when used in contexts outside of role-playing games. Rather, alignment is mostly used in two ways, neither tied to morality: 1) to refer to something that we need for our car ("I need to get my car's alignment adjusted"); 2) to refer to which side in a conflict a nation chooses ("The alignment of Italy with Germany created the Axis of Steel that was to terrorize Europe").