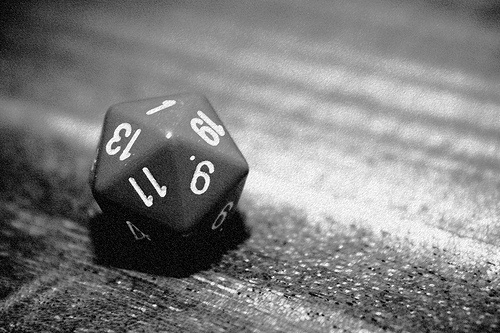 Other fantasy classics also live on. M. A. R. Barker's glorious setting of Tekumel, captured early in TSR's 1976 Empire of the Petal Throne, has reappeared in a melange of small-press successors down to the present. It's arguable whether the unofficial Tekumel rules sets technically qualify as retro-clones, but look for yourself and decide whether to start drinking that ocean.

Steve Jackson's first RPG was The Fantasy Trip, published in installments by Metagaming in the late '70s. With its point-based character creation and hex-based movement, TFT crucially influenced Champions and many other 1980s tactical RPGs. (The fan site TFT Codex has a good TFT resource page.) The Fantasy Trip's true spiritual successor is Jackson's own GURPS, but a few fans are cloning the original. Gavin Gossett's The Fantasy Quest is slow lifting off, and Chris Goodwin's Warrior and Wizard is currently just a shared Google Document. But Dark City Games is producing a handsome line of TFT-compatible microquests for its super-condensed seven-page PDF clone, Legends of the Ancient World.

•Venerable gamer Berin "Uncle Bear" Kinsman, who carved his first polyhedrals from Earth's cooling crust, has gifted the field with Double Zero, based on the respected 1983 Victory Games superspy RPG James Bond 007. (Scroll down near the bottom of the page. Note Bear's "Stress and Trauma: Mental Health Rules for GORE.")

•There is even - follow me closely - a tabletop paper-and-dice clone of the original Final Fantasy I videogame. Levi Kornelsen's 2005 8-Bit Dungeon: An Adventure Game of Funny-Shaped Dice, a free PDF, is an adventure game that can be played solo, without a gamemaster. Nostalgia soaks each of its eight packed pages.

Retro-clones are undeniably part of the future of RPGs. As selections of physical rulebooks dwindle in book and game stores - and as the stores themselves dwindle with them, not to mention the publishers - these online communities, organized around PDF and print-on-demand, will become increasingly important to our hobby. OGL-licensed and other open systems allow loyal fans, free from legal entanglement, to produce new material for their favorite games - and to share it freely. In roleplaying, as long as there is sharing, there is life.

Allen Varney, a writer and game designer in Austin, Texas, has written more than 50 articles for The Escapist. Follow him on Twitter.