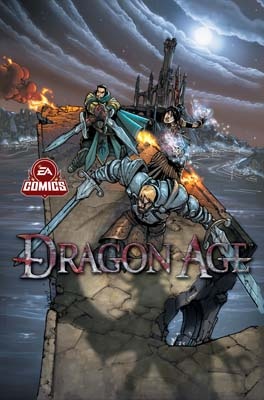 Except with well-established professionals, most writers have to take a flying leap of faith on themselves and their stories when they sit down to write a novel. They must invest hundreds of hours into developing the tale, setting, characters, and plot, writing it all down, and then polishing it to a glossy shine. Then they set out on the disheartening job of finding someone willing to back that leap of faith with tens of thousands of dollars worth of investment in editing, art, promotion, printing, shipping, and distribution. To top that off, they usually have to find an agent, too, who must also have faith in the book too and be willing to stake her (or his) own reputation on finding the right publisher to put up all that cash.

Most original novelists collect rejection slips like kids collect Pokémon cards (or whatever they do these days). Even bestsellers like Stephen King and J. K. Rowling gathered stacks of them. It's enough to make many hopefuls give up and stick their manuscripts safely in a drawer rather than subject themselves and their words to the cold brutality of that process any longer.

When you write a tie-in novel, though, you get a deal and an advance check before you do much more than deliver an outline and maybe a sample chapter or two. Sometimes the first thing you write for the book is when you sign your name at the bottom of that contract.

As you might imagine, this takes a great deal of the stress out of writing the book. Rather than wondering if the book is salable, you instead get to concentrate on coming up with the best possible story you can with the materials you've been handed. Best of all, you already have a prebuilt audience ready and eager to read your work.

That doesn't mean a tie-in author can just phone in the job and rely on the brand to sell poor work for him. Good tie-in authors are fans of the world in which they're writing. If they weren't one before they started, they'd better be by the time they're done.

Especially when you're talking about ongoing series of books written by several authors - like the Star Wars or Star Trek series - the writer cannot slack. The fans expect a certain level of quality in their stories, and if they don't get that they aren't inclined to be shy about pointing it out. When that happens, there are other authors ready to step up and take a shot at the next novel in the series instead.

Next time around, I'll get into the details about how a gaming tie-in novel goes from concept to bookshelf. It's a process fraught with both peril and fun.

Matt Forbeck has been designing award-winning games professionally for over 20 years and has also written over a dozen tie-in novels. His next novel - Guild Wars 2: Ghosts of Ascalon, co-written with Jeff Grubb - hits shelves this summer. Visit Forbeck.com for details about his current projects.