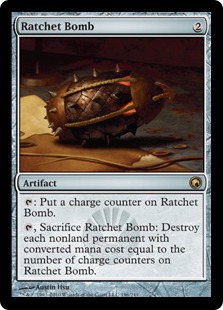 With Return to Ravnica just around the corner, spoiler season is almost upon us. They've already revealed a few cards and some new mechanics to boot, largely thanks to the Duel Decks: Izzet vs Golgari feature article on Monday. We'll have our hands full in the coming weeks discussing the various guilds of Ravnica and their respective new mechanics, so I'd like to take this week to do some rules review. Below you'll find five questions of varying difficulty. Once you've answered it on your own, just click to view the correct answer.

You control two Conjurer's Closets, a Restoration Angel, and a Thragtusk. It's the beginning of the end step. How can you flicker Thragtusk twice with this setup to net 10 life and two 3/3 Beast tokens?

You control a Glistener Elf and Wild Defiance. You cast Mutagenic Growth on your Glistener Elf. Your opponent responds by casting Doom Blade, targeting your Elf. In response, you cast Ranger's Guile on the Elf. You and your opponent both pass priority, and the stack resolves. Is the Glistener Elf dead or alive, and what is/was its Power and Toughness?

You control True Conviction and an Undead Alchemist enchanted with Rancor. You are attacking with your Undead Alchemist, which your opponent blocks with Fog Bank. What is the maximum amount of damage that can be assigned to your opponent? How much life do you gain from Lifelink? How many cards will your opponent put into their graveyard? 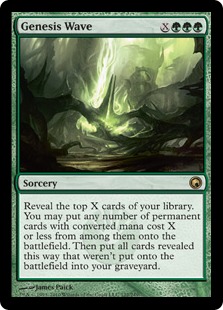 If you've got any questions of your own that you'd like to share, take them to the forums! With that, I'm off to PAX to see what Wizards has in store for us with Return to Ravnica! Check back next week to find out for yourself.