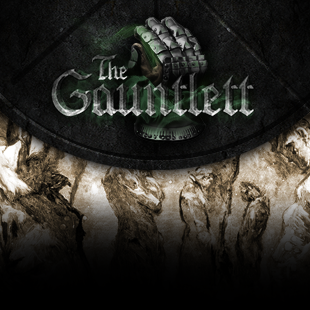 If you were a fan of White Wolf's Storyteller System, you probably had a copy of Vampire: the Masquerade on your shelf. It was by far the most popular of all its World of Darkness titles, spawning not just a CCG but also two video games and an ill-fated TV series, Kindred: the Embraced. Vampire was one of White Wolf's big three, the other two being Mage: the Ascension and Werewolf: the Apocalypse, but if you wanted something a little more unusual you could try being a Changeling from the faerie realms, a long-dead Mummy, a patchwork man a la Frankenstein's Monster, a Hunter dedicated to tracking down and eliminating threats from all of the above, or you could try something really different.

You could try being dead. As in bereft of life. Ceased to be. Joined the choir invisible.

You could be a Wraith.

Having died, you awaken to discover that the afterlife isn't all it's cracked up to be. There's no sign of Heaven, Hell, or any other kind of eternal reward or condemnation. There's just you, and everyone else who's ever died, ever. Everyone seems to have some kind of unfinished business that needs dealing with, including you, and the only way you get to stay here is by being Remembered by the living. You don't know how you came to be here, but you do know - or think you know - that here is all there is, and if you want to keep on keeping on, you'd better be careful.

Some of the people who got here before you have set up a kind of society, the Hierarchy, which almost sort of not really works to keep you all safe; and if you believe that, I have a copy of 1984 to sell you. Others among the previously deceased are rebelling against that Hierarchy, and some of those Renegades are selling salvation. They think they know how to get to the promised land, and if you believe that, I have a subscription to Skeptic magazine to sell you. 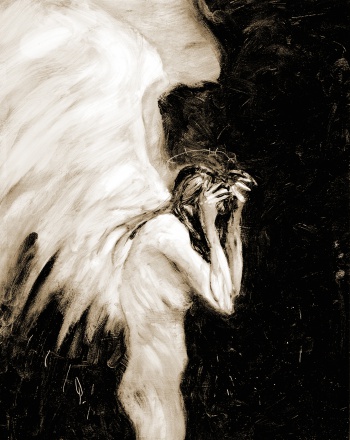 But whether Renegade or Hierarchy, they all have something resembling your best interests at heart, because they - and you - have a much more dangerous enemy to worry about. Some of the previously deceased didn't make it to the other side with their souls or sanity intact. Some of them serve the darkest powers, the great bubbling pit of mayhem and destruction that the dead call the Tempest, with its shattering Nihils belching forth every kind of nightmare you ever had, and more besides.

Oh, and by the way, that little voice in the back of your head? The one that's getting stronger every day? The one that keeps telling you you're worthless, you're nothing, you're just another parasite, you'll never please your daddy, you'll never find what you're looking for, so just give up now? That little voice is your darkest side, your Shadow, and it will never stop talking. Not ever.

Wraith tackled pretty much any kind of story you can think of, in almost any kind of setting you care to name, but for me Wraith will always be my favorite for two reasons. One is its Great War sourcebook, a fascinating look at the horrors of the First World War from the perspective of the dead, desperately trying to survive under constant assault from the Tempest. The other is Charnel Houses of Europe: The Shoah, a truly terrifying glimpse inside World War Two's Holocaust. Thereseinstadt, the Warsaw Ghetto, Ukraine's Baba Yar, Auschwitz ... these were subjects you never saw games tackle, yet Wraith took them on, and in the process made something unforgettable.