AG: Things have changed since then, with the 2009 version missing several important characters. What were you trying to achieve with the 2009 edition?

JB: I feel like Little Fears, the original, was very early on in my game experience. In eight years I learned a lot about game design, so I wanted to do something new with Little Fears and give it some new life. I also wanted to take a different approach with the core concept, kids fighting monsters. Little Fears was already out there, and it did what it did really well, but I figured if I wanted a new edition I didn't just want to polish the corners of the original. I wanted to do something different, so I dropped the Demagogue, who's the ruler of Closetland, I dropped Branxis the Enslaver who ran the sweatshops, made the Boogeyman the head of it all, made some of the Kings, like Baba Yaga, just part of the world rather than rulers, and added new characters. I wanted it to have more of that adventure feel, more like Are You Afraid of the Dark? or R.L. Stein. I wanted something different. The original uses language like innocence; the children have it, and the monsters want it. In the 2009 Nightmare Edition, it's not about innocence. It's about belief, the belief that children have, that gives them the edge over the terror that monsters have. Yeah, it was a conscious decision to do something new rather than a revamp of an old idea.

AG: You once said 'my particular creative path has been nothing if not interesting.' What's the job you least expected to get, and did it work out the way you thought it would?
JB: I spent a year and a half as a copy editor as a legal publishing house. I was in charge of checking law citations and notifications for environmental law books. I mean ... Yeah ... I never really saw myself ever doing that. I was just out of college with an English degree and a love of writing, but I'd fallen into IT work, which is what I was doing when I was working on the first edition of Little Fears, and then I got the editing job. It just came about because I needed a new job, and that was it, but man ... I knew I couldn't do it, that it couldn't be my life, editing law books. Then I got back into IT, and from there went into video games.

AG: I can imagine that working for a law firm must be like banging your head against a particularly dense wall.

JB: Yeah! It wasn't just the law firm; books would come in from outside lawyers too. I'm sure there are some lawyers out there that are Hemingway, but most are not. They seem to be incredibly dry, possibly to demonstrate their accuracy, you know, because their work is used in law. It must be perfect! 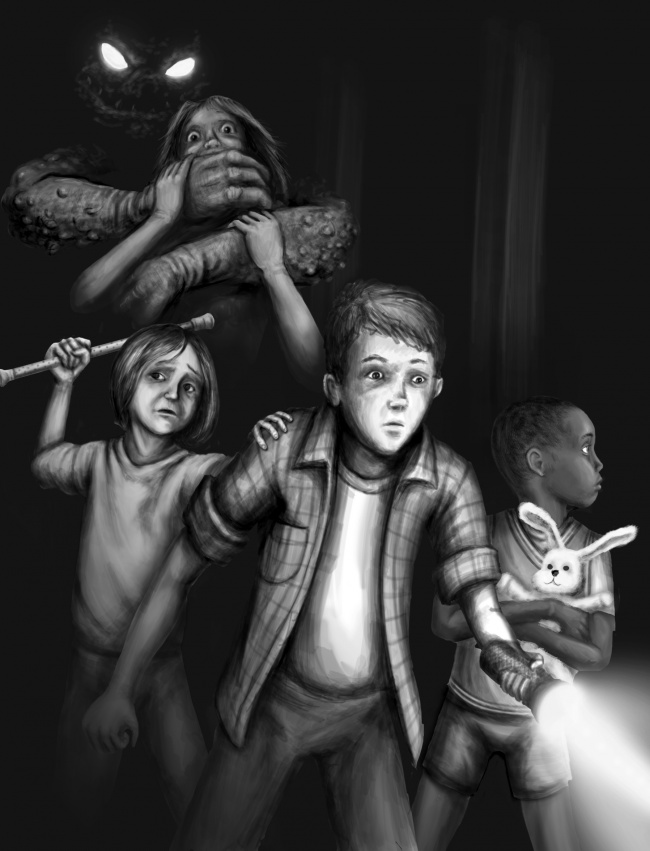 AG: You were an Amusement Park ride operator once; how did you find yourself there?

JB: That was fun! That was my very first job I was a teenager, I needed work, and I was applying everywhere. I knew I didn't want to work in food, and thankfully I never have; never been a busboy, shot order cook or anything like that. I did not ever want to work in food! I grew up in North East Ohio, in a town called Geneva, and just north of Geneva is Geneva on the Lake, which is a resort destination for that area. It has small amusement parks, like five ride parks, biker bars, arcades. I applied to a place called Woody's World, and ran the bumper cars. That was for two weekends, before I got a call from Kmart and took a job there!

AG: In an article titled Passion and Design you talk about my office, my mess, my disaster area. 'But I need this mess. This is my creative zone.' What makes it a creative zone?

JB: I've become more organized since then! That was back in 2000, and I was a much less orderly creative thinker. I relied more on accident and inspiration, so I wanted a lot of stuff around me. You never know what might spark off something, or lead down a cool path. I liked having easy access to something, so I had a stack of books rather than file them away. They were right there within easy reach, didn't have to get up off of a chair or anything. That was a much more 'mad thinker' period; I've become more orderly since then! I remember it well ... my office was a mess, let me tell you!