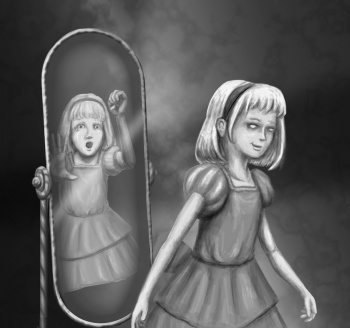 AG: So what spurred the change?

JB: Back in 2008, 2009 probably, while I was working on Little Fears Nightmare Edition, I realized I wasn't as strong a creative as I hoped to be. I wasn't as strong as a writer, in my concepts, in my execution, just in getting stuff done. I dallied too much! So I started what I called Operation Awesome, my attempt to recreate myself, to become more of a machine. That term has a negative connotation in the creative field; it sounds a little too much like a hack, churning the same stuff out over and over again. But I wanted to get stuff done, and hold myself to a standard. So I started reading up on a lot of different writing theories, everything from Save the Cat to the Hollywood formula. I started to understand how stories work, and spent a lot of time examining game mechanics, how do they work, what do they do or say. I think it was Jared Sorensen who said that game design is mind control; I love that quote! It just brought about a more orderly way of thinking, not relying so much on that fluffy 'muse' talk. I'm not a fan of the term muse! I started putting in the 90% perspiration over the 10% inspiration, and getting my act together, after far too long.

AG: In that same piece you also wrote, as advice to aspiring designers, 'you must learn a little something about business.' What in your opinion is the most important something?

JB: Hoo boy! Protecting yourself, your work. That's the most important thing. Law, at least in the US, does not favor the creator unless you are Disney, someone that creates the law and the trends that govern everyone else. There are a lot of people who think that the things that are created should be free, that we're all just doing this out of passion and not because we want to feed a family or put a roof over our heads. Learn basic law for your region, or whatever region you plan to deal with. Even if it's just learning copyright law, or how to read a contract, getting a lawyer on your side. People fall in love with that artist dream of just being this mad genius in a loft, but if you want to be serious and get your stuff out there, you have to protect yourself.

AG: I couldn't help but notice your 2014 Plan on your site, which I'm guessing isn't complete yet. Were you able to achieve everything you hoped to?

JB: No. I like having that out there; I like failing in public. Sometimes I succeed and sometimes I don't, and I think it's important just to put that stuff out there. It's funny ... I sometimes think that the online identity of authors, their brands ... for me, I'm just a guy trying to make it happen. I've been very fortunate in that I get paid to do what I love, but I still fail, you know; I like just showing, 'hey, I wanted to write this book, and I did. And this other stuff, I didn't, but here's how close I got.' I was hoping to write more novels in 2014, I've written three in my life so far, but I had some stuff that came up, some writing for friends in tabletop, which was nice. My day job keeps me really busy! I didn't accomplish everything, but every single thing that got finished is something that wasn't finished before.

AG: To end on a fun note: speaking as if you were the Demagogue, what would you think of a game like Little Fears?

JB: I'd think I created it! The Demagogue thought he was in control of everything, and in my head the Kings were always vying against each other and the Demagogue, especially the Boogeyman. The Demagogue was always the delusional monarch who thought he ruled everything, uncontested. He had nothing to fear, nothing to worry about, so he probably would think Little Fears is all part of a plan that he'd devised.

AG: Even the colossal failures, I assume!