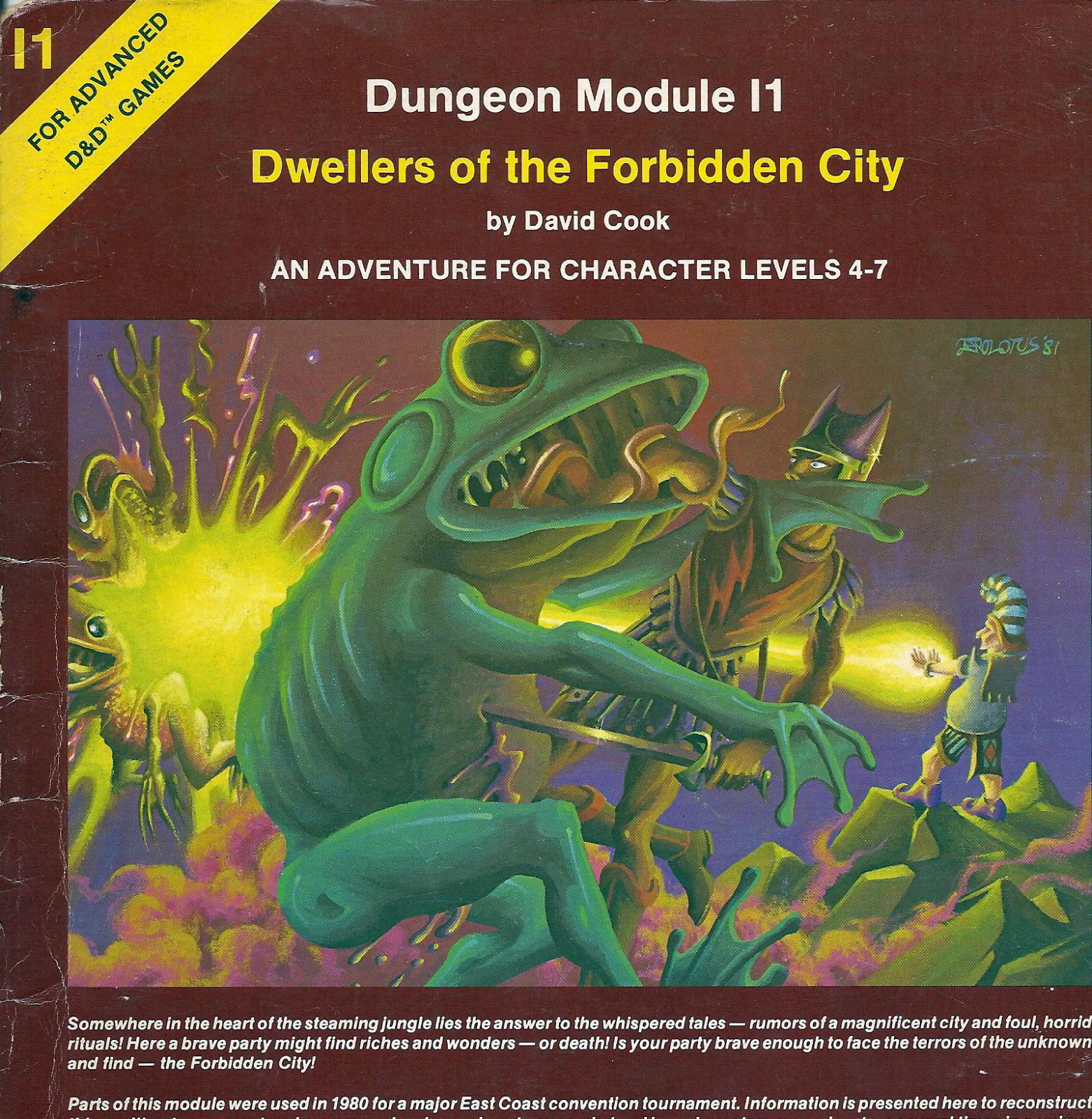 Rule Number Five: Steal Ruthlessly. This has more to do with scenario design than running the table, but scenario design is going to become an important part of your life. If you're thinking, 'sure, I can just steal the basic plot of that episode of Constantine and all will be well,' let me stop you right there. No! Bad monkey. No banana for you. I guarantee you, your players watch the same TV shows you do, and will recognize the plot within five minutes.

What you want to do is steal scenarios from other systems, and adapt them to your game. God alone knows how many hundreds of thousands of scenarios, scenario outlines and story nuggets have been typed out over the years; buy a few of those, get a decent collection together, and rip them apart so you can use them in your narrative. Let me give you a few examples, all of them nicked from 1980s era D&D:

The Hidden Shrine of Tamoachan, an Origins 1979 tournament scenario. While wandering through a trackless jungle, the characters tumble into a long-forgotten Aztec-themed temple. They need to find a way out before the bad air in there suffocates them. Perfect for any pulp setting in the Indiana Jones tradition; say, Pulp Zombies from Eden's All Flesh Must Be Eaten. The bad air idea might also be used in a science fiction theme game, where the temple is a holographic projection in a long-forgotten space station. Or you could just eliminate a lot of the Aztec references and use the map as a guideline.

Dwellers of the Forbidden City, a 1981 TSR adventure in which the characters seek out, and try to loot, a long-forgotten city. Bullywugs, snake-men and worse await them in the ruined citadel at the heart of the great lone mountain. Again, great for pulp, but the forbidden city trope can be adapted to all kinds of settings, like White Wolf's Vampire, or even something more esoteric like Wraith. It works particularly well in Wraith, since the city itself doesn't have to exist in the living world; it can be a Specter-haunted memory of something long gone to dust. 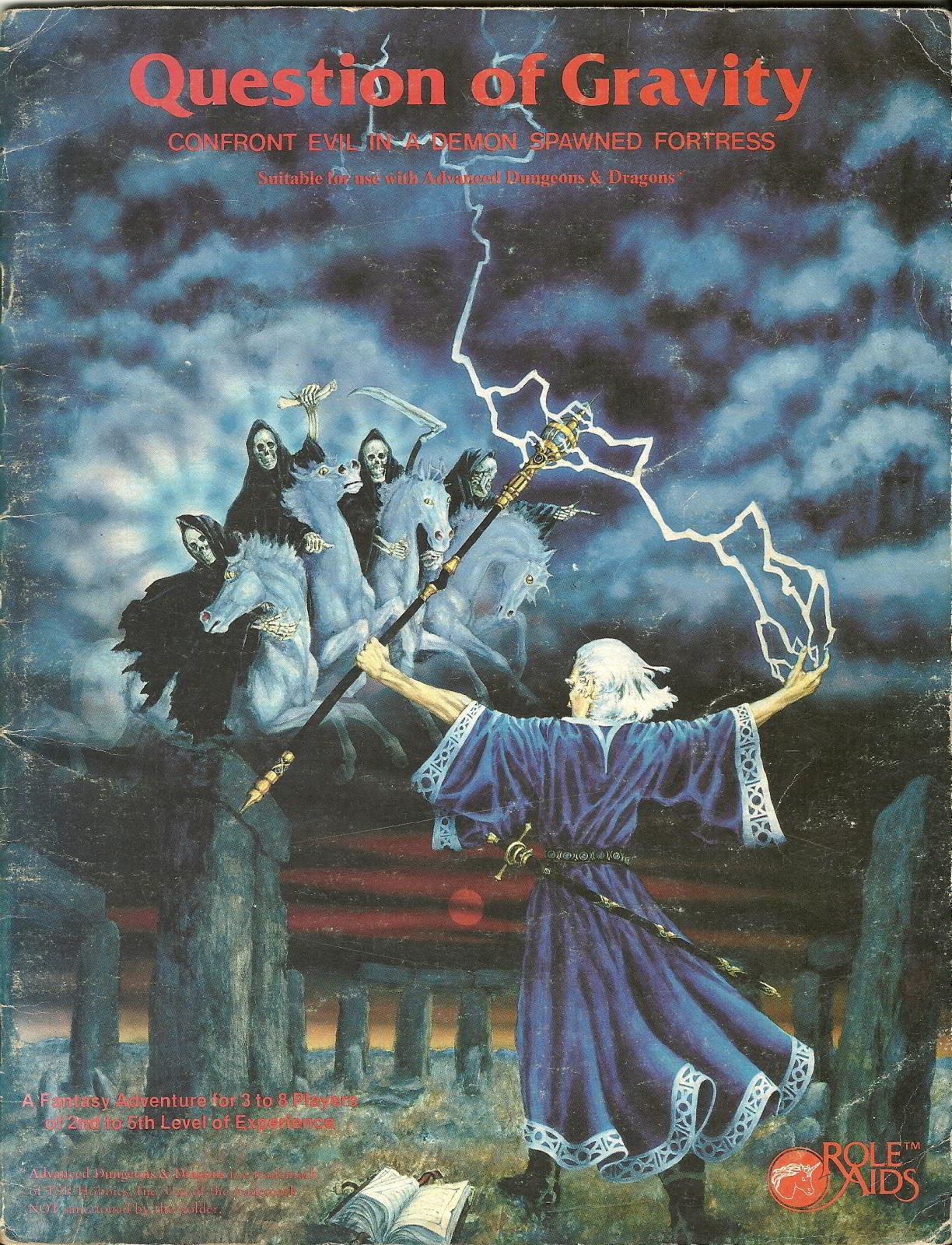 Question of Gravity, a 1982 Role Aids scenario intended to be used with any fantasy RPG system. A wizard travels to a countryside village and, with the help of demons, creates a massive magical Cube, with a door in one side. Anyone who goes in - and there are many brave adventurers who've tried - never comes out again. Inside the Cube gravity has no meaning, and the mist-shrouded platforms and steps are like something out of Escher. This is one of my favorites, in part because the cover art's as evocative as 80s fantasy gets, but also because you can do anything with it. It's perfect for any fantasy system, but it also works well with horror; say, Pelgrane's Night's Black Agents, or better yet, The Esoterrorists. Occult terrorists have gone to some remote hellhole to create a portal to the Outer Dark, and it's your job to go in there, guns blazing, and close down the Cube before reality unravels. Try not to get shredded by something unspeakable!

Why steal? Well the two main reasons are this: first, the hard work's already done for you. The maps, illustrations and other play aids provided with each scenario cuts your workload by half, if not more. The other reason's less obvious: converting these scenarios to a different rules set helps you understand that rules set. This goes back to Rule Two. You may not know the rules of your chosen system that well, or maybe you've mastered bits of it, but the rest is a fuzzy grey mist. Nothing will make you expert quicker than having to convert a scenario to your chosen system. Do this exercise a few times, and those bits of the rules that, right now, are a mass of contradictions and uncertainty, will become clearer.

Okay, that's it for now. Got your notes handy? Feeling confident? Then get out there and be entertaining! Oh, and in case the players start throwing dice at you, be ready to duck. Good luck!