The year is 1983. After a long week working at your mundane job, you return home looking forward to the new Commodore 64 roleplaying game - Crimson Dragon Slayer. While psychedelic progressive new wave metal tunes play on your boom box, you design the most perfectly awesome character - a powerful hero, a courageous warrior, and seducer of the opposite sex.

But once you start playing, Crimson Dragon Slayer reveals its true nature - it is no mere C64 game, but a dimensional portal to Thule! In ancient times, Thule saw android uprisings, mutant gangs, and alien colonizations. Now humans, elves, dwarves, and even stranger beings live in fear of endless Crimson Dragon hordes and the evil sorcerer Valkon. The only way to save this world - and perhaps return home - is to adventure across Thule's dungeons, caverns, cities, and wild places until you become a worthy suitor to the Valeecian Queen. But if you reach that point, will you even want to return home? 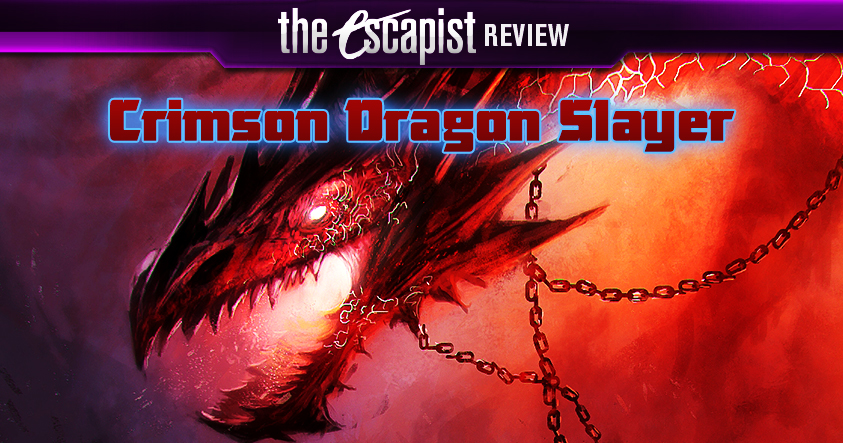 In case it wasn't clear, Crimson Dragon Slayer is not a game that takes itself very seriously. It's a full-blown parody of 1980s pop culture - from RPGs and beyond - presented in the form of a 40-page tabletop game. Its setting combines just about everything from the decade, pitting your D&D-style characters against robots, gun-toting mutants, perhaps even a Lovecraftian Pac-Man. What's more, the setting is simple while bearing just enough similarity to old-school RPGs to import non-Crimson supplements.

That's not to say it's perfect. The book's presentation is very barebones when it comes to making a full campaign, and it has organization problems that could've been avoided with a little refinement. But the genuine enthusiasm and creativity behind Crimson Dragon Slayer makes it very appealing, and imaginative RPG groups can find enough here for several evenings' entertainment. 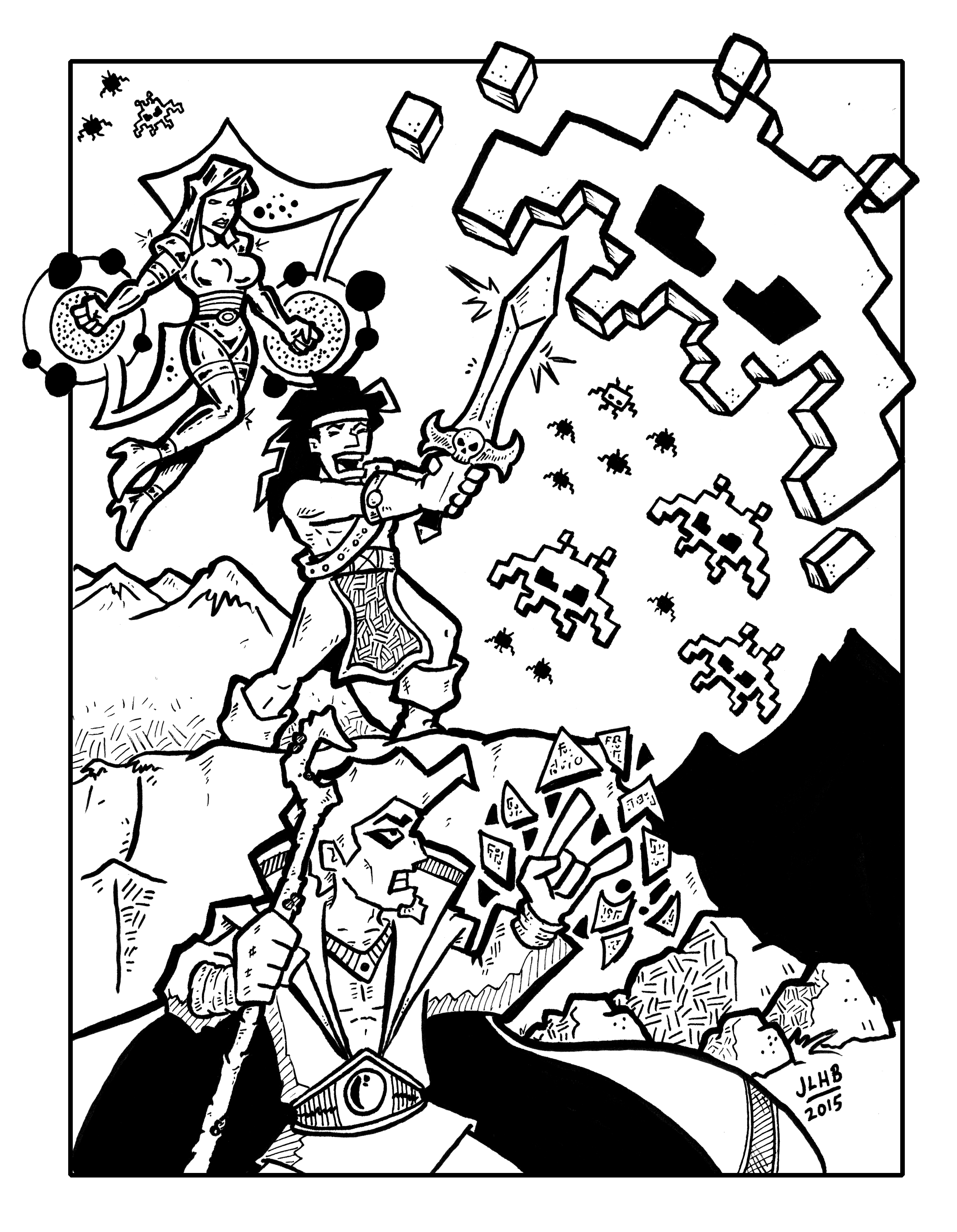 If Crimson Dragon Slayer has one virtue, it's that everything must be awesome. Every aspect of its rules is streamlined to allow for over-the-top action at the very moment of creation. Warriors attack repeatedly every round until they miss. Wizards can forget about "spells-per-day" and cast any spell immediately, using their Willpower as a mana pool. And that's not even getting into custom hybrid races - our group ended up with a Halfling Cyborg Thief with limited spellcasting abilities.

The mechanics fully support these ridiculous play-styles, tossing aside quaint conventions like "realism". Death saving throws have a chance of completely refilling your health. Making cheesy one-liners or 80s references will provide you extra dice. Critical successes can be stacked to create insanely powerful results. Combined, every Crimson Dragon Slayer encounter is completely amazing and utterly unbelievable, much like the 1980s genre stories that inspired it..

Of course, the awkward elements of 80s genre fiction are present as well. The biggest example are bonus dice pools, which can only be refreshed via sexual gratification with (at least) one other character. That means the introductory adventure - and ideally any dungeon created afterwards - has ample numbers of buxom babes or strapping slabs of man-meat who can be rescued and propositioned. It's a feature that's completely authentic to the 80s feel, but could be incredibly awkward depending on your group makeup. Before using this feature, you should make sure everyone at the table can be mature about it beforehand - or at least immature enough for everyone to giggle equally.

That said, the mechanic is vague enough that it can easily be turned on its head. In my own game, almost every NPC was treated as a potential sexual partner - including the dread god K'tulu, much to our horror and amazement. It's also easy to populate dungeons with male "distress" NPCs, or avoid rescue encounters altogether and meet other adventurers as equals. Some groups may opt to avoid this system, but handled correctly it can be one of Crimson Dragon Slayer's most comedic, memorable features.