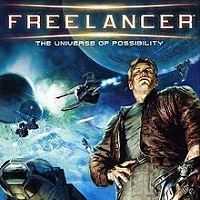 Greg Tito says: Chris Roberts' follow-up to Starlancer was maligned at its release for not living up his promises, but it's a bangup game in its own right. In Freelancer, you could travel to a large number of star systems (48) as Edison Trent, and engage in any number of nefarious actions like piracy or bounty hunting. Or, you could just be a trader, moving commodities from one system to the other, and avoiding those pirates. The lore and story of the single player game, while not particularly original, was a fun continuation of the Starlancer war - imagining what it would be like if several colony ships consisting of different ethnic groups had to start a civilization in a completely different sector of space.

The multiplayer was where Freelancer really shined. It was like setting up a mini-MMO with up to 128 other people on a server, and seeing what happened when it was humans flying those ships you were dogfighting. The problem was that the open world aspect didn't really feel organic and free - prices of goods didn't shift, and territories remained fixed no matter what the player or players did. Still, Freelancer allowed an incredible amount of freedom in how you played the game. You could embody Edison Trent however you liked, and that was a really cool addition to this genre. And if it inspired Roberts' upcoming Star Citizen, so be it! 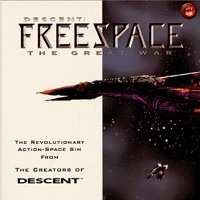 Greg Tito says: Created after a split from Parallax Software, makers of the Descent FPS, Volition made FreeSpace. Yes, the creators of the wacky gangster games of Saints Row got their start making a space combat sim. And it was awesome. The player is sent on a variety of missions, using a large number of controls that put it much closer to flight sim than arcade sim.

FreeSpace tells the story of two galactic civilizations fighting a long war, until a third unknown species arrives. The previous enemies form a Terran-Vasudan alliance to combat the Shivans, and the player slowly discovers a way to attack the massive super-destroyer dubbed the SD Lucifer. Perhaps the best part of FreeSpace, other than the amazing explosion animations, was that you could actually depend on your wingmen to be competent warriors on their own. You could give them orders and actually expect to have them carried out, which was extremely useful when attacking the huge enemy ships.

This wasn't the end of Volition's space combat days. More to come from them in this list!

Developed by Factor 5 and LucasArts. Published by LucasArts. Released on December 3, 1998. Available for PC and Nintendo 64. 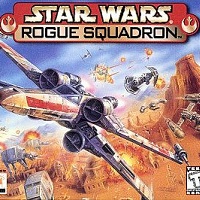 Devin Connors says: My crippling PC gaming, and Star Wars addictions started at the tender age of four or five, but I didn't fall in love with a video game console in such a way until the Nintendo 64. There are too many amazing N64 games to list, but Rogue Squadron is absolutely one that stands out in the crowd.

The space combat genre had already seen several worthy Star Wars entries, but Rogue Squadron was the first title to find a home off the PC, and it dropped the space fight setting for missions on planets like Tatooine, Sullust, and Kessel -- names that still make Expanded Universe lover's ears perk up. Of course, the bonus missions hit all the right sweet spots, from blazing down the Death Star trench, to blasting womprats in Beggar's Canyon. I seem to recall spending more time taking down AT-AT's on Hoth than on anything else.

Along with exploring a treasured universe most of us know and love, Rogue Squadron brought 3D flying combat to the N64, and it did so in style. The graphics were stellar at the time, controls were solid for a one-joystick controller, and the vehicle choice was all any hardcore Star Wars fan could ask for. You could even unlock a 1969 Buick Electra,(which replaced the V-Wing airspeeder).