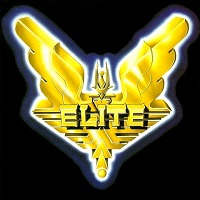 Greg Tito says: Admittedly, I never played Elite but I am fascinated with it nevertheless. Created by David Braben and Ian Bell for the Acorn computer system in the UK, it was the first game to model a completely random galaxy of stars and planets you could visit in your spacecraft. Elite is truly an open-world experience. You start out on the Lave space station with a simple ship and 100 credits. It's up to you to decide how to earn more credits - through piracy, arbitrage trading, taking on missions from military commanders or mining - and you can use those credits to upgrade your ship. There's no end goal, no ending credits scroll; the fun is in the journey.

Elite is interesting in many ways because of how efficiently it was coded. Braben and Bell used procedural generation to create the 8 galaxies with up to 256 one planet star systems each, so the data storage needed on the disk was minimal. The whole game could fit on a single 5 ¼ in. floppy disk, which is crazy given how much gameplay could be derived from it. Because of its popularity in 1984, Elite also inspired hundreds of gamemakers including the minds behind EVE Online, World of Warcraft, and even Grand Theft Auto. David Braben went on to found Frontier Developments which has created games for decades, including Roller Coaster Tycoon and the Zoo Tycoon port that was a launch title for the Xbox One. Frontier is busy gearing up for the release of an extremely ambitious multiplayer sequel Elite: Dangerous that will finally realize the dreams Braben had in 1984.

Developed by Totally Games. Published by LucasArts. Released on April 30, 1997. Available on PC. 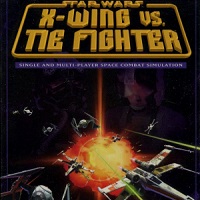 Justin Clouse says: And here you might have thought that multiplayer focused games were a more recent deal. Well back in 1997, LucasArts released a follow-up to their Star Wars: X-Wing and Star Wars: TIE Fighter series. Where the first two focused on stories of pilots in the Rebel and Galatic Empires, with missions taking place in and around events of the films, Star Wars: X-Wing vs. TIE Fighter was instead developed purely with multiplayer in mind, though later a story based expansion, Balance of Power, was added. What X-Wing vs. TIE Fighter might have lacked in the story department was made up for with an incredibly robust array of options for play. You could team up with or against your friends in a variety of scenarios and missions, even down to selecting what your role in that battle would be. This allowed you to play the same mission but from multiple different angles. Ultimately let's face it, the big draw for X-Wing vs. TIE Fighter was just battling it out in some of the most iconic sci-fi imagery every created. "Divert power to forward deflector shields" might have just been a throwaway line to fill some space from the movie, but here it was something you actually did with its own gameplay mechanics to consider. 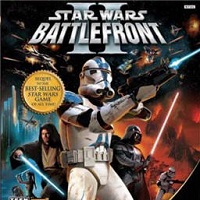 Mike Hoffman says: Star Wars: Battlefront II, from Pandemic and LucasArts, put players in the roles of the nameless soldiers in the epic battles from the Star Wars films. Unlike its predecessor, Battlefront II introduced space combat, and while it wasn't simulation-level realism, space combat in Battlefront II was ridiculously fun, especially in multiplayer.

Players piloted iconic ships like X-wings, TIE Fighters, and more in battles that could support up to 64 players in multiplayer on PC. After launching from their own factions capital ship (like Star Destroyers), players could get into dog fights or attack enemy capital ships. When taking on the massive starships, players destroyed various systems such as the engines or life support by blasting external weak points or boarding the ship and fighting off enemies directly, infiltrating the rooms containing those systems.

While the game never offered a deep, realistic spacefaring adventure, it did provide huge space battles that fulfilled all our fantasies of jumping into an X-wing and fighting the Empire. The cancelled Star Wars: Battlefront III never saw a release, but a leaked video showed players leaving ground combat and heading straight to orbit to carry on the fight. Hopefully the upcoming Star Wars: Battlefront from DICE and EA will offer something just as epic.