Developed and published by Origin Systems. Released in 1991. Available for PC and Mac. GoG. 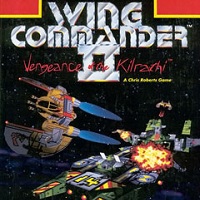 Liz Harper says: Why mess with a winning strategy? Wing Commander II took the original Wing Commander and improved the graphics, the sound -- featuring full voices for characters in certain sequences -- and the story in an all-new chapter of the Wing Commander saga. As WCII opens you learn that the Tiger's Claw has been destroyed by new Kilrathi stealth technology... and without any other survivors, you've taken the blame and demoted to serve on an out of the way space station for the rest of your days.

Fortunately, the game skips over the ten (no doubt tedious) years your character served and you jump back into the story when there are new Kilrathi attacks in the system. Though the combat is much the same, the story has a lot more depth as it follows your rise from disgrace... and, of course, uncovering the traitor who really doomed the Tiger's Claw and clearing your own name. While in hindsight, story seems to string together a heck of a lot of tropes, it did so better than anyone had before it.

Check out our "Good Old Review" of Wing Commander 1 & 2 here.

Developed by Volition. Published by Interplay. Released on September 30, 1999. Available on PC. GoG. 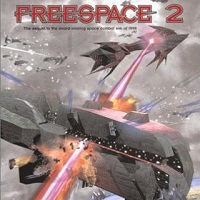 Justin Clouse says: While there were many fine games following it, for my money, Volition's FreeSpace 2 represents the peak of space combat sims era. Released late in 1999, FreeSpace 2 was a culmination of the previous decade of space combat. The gameplay was refined to a perfect balance of hardcore simulation weighted towards more simple and dynamic dogfighting. Especially noteworthy was the sense of scale evoked during play - a huge focus according to the developers. Giant capitol ships would trade barrages of weapons fire, as you in your comparatively tiny fighter darted around them in your own little battles. For its time, FreeSpace 2 was quite the looker too, the ships all had interesting models with every race having its own distinct aesthetics, and your epic battles were back dropped against some lovely nebulas. FreeSpace 2 also continued one of the best aspects of Descent: FreeSpace - The Great War with its strong story based singleplayer campaign which managed to marry a compelling narrative with a varied string of missions, beyond just the normal attack, defend and escort. On top of all that, FreeSpace 2 made some great strides in improving the weaker and broken multiplayer offering from the first game.

Developed and published by Origin Systems. Released in 1990. Available for PC and Mac. GoG. 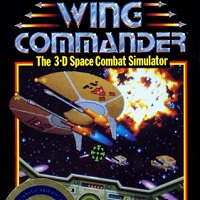 Liz Harper says: First in the series of five Wing Commander games (and another six spin-off games), this 1990 title from Chris Roberts was an early example of mixing space combat gameplay with an in-depth storyline. Though the space combat was fast-paced fun, looking back on the game it's the story that made Wing Commander -- and the entire series to follow -- unique. The game cast you as a new pilot in the war against the vicious Kilrathi. You served on the carrier Tiger's Claw alongside a diverse cast of characters -- some of whom would serve as your wingman throughout the game and many of whom you could chat with at the bar between missions.

Each mission had a specific objective and you'd be assigned a ship type and a wingman to fly with you. Complete your mission objectives and you'd come back to find the war going well -- and the Tiger's Claw making more offensive attacks against the Kilrathi. Fail your objectives and you would find the war effort going badly and your missions growing more desperate and defensive. And, if you wanted more story, Wing Commander had two add-on mission packs, The Secret Missions and The Secret Missions 2.

Sure, mixing solid gameplay with a compelling story that changes based on your actions is the norm for blockbuster games today, but in 1990, Wing Commander was something brand new.

Check out our "Good Old Review" of Wing Commander 1 & 2 here.