Developed and published by LucasArts. Released in February 1993. Released on DOS, Mac, and Windows. 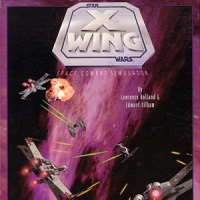 Greg Tito says: The beauty of X-Wing was its ability to make you feel a part of the Star Wars universe. From the mission briefings' similarity to the scene before the Death Star run - down the old man droning on - to the sweeping score of John Williams, you really were able to imagine yourself as an important member of the Alliance. The story loosely follows the plot of the first film, with the third tour of duty culminating in the attack on the Death Star while the two expansions are set before the events of The Empire Strikes Back.

The mission design was satisfyingly varied - dogfighting with TIE Interceptors, targeting lethal TIE Bombers or escorting the huge frigates in massive operations were all on hand. I also loved how each individual ship you could pilot - A-Wings, Y-Wings, X-Wings and the B-Wings in the expansion - all felt different and had specific uses. The A-Wing's concussion missiles and quick engines made it an excellent dogfighter, while the slow and steady Y-Wing could devastate larger targets with its torpedoes. The titular X-Wing was the jack-of-all-trades and in the missions you pilot it you could choose a more varied strategy.

I personally liked exploring the various areas on the Mon Calamari Star Cruiser Independence. There, you could fly training missions with each ship design, earning you medals you could see on display, as well as letting you fly historical missions. These felt like achievements before "Achievements" were a thing in every game. X-Wing was an absolutely wonderful game that succeeded in transporting you to galaxy far, far away.

Developed and produced by Origin Systems. Released on December 30, 1994. Available on PC and Mac. GoG. 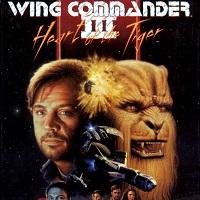 Liz Harper says: The Wing Commander franchise broke a lot of ground for space combat sims, but none of the games more so than Wing Commander III. Like X-Wing, released the year prior, WCIII used full 3D animation for its ships and fighter scenes -- but it also continued the story of the future Kilrathi war, offering a more in-depth story experience with a movie's worth of live-action cutscenes. (No, really: If you put the cutscene footage from a single playthrough together, you'll end up with about two hours' worth of viewing.)

That may not sound like much when modern games are expected to provide 40 or more hours of gameplay, but it was cutting-edge for its day, needing to utilize new CD-ROM technology -- WCIII came on four discs -- primarily to fit all the cinematics. The resulting story had Hollywood scale -- though it does have a bit of a B-movie feel which suggests it might not have had a Hollywood budget -- starring Mark Hamill, Malcolm McDowell, and John Rhys-Davies. (And these cinematics, B-movie though they may be, are a lot better than the actual Wing Commander movie released in 1999.) But WCIII does Hollywood one better since choices you make throughout the game will change the story you'd see on the screen, making it as much an interactive movie experience as a game.

Check out our "Good Old Review" of Wing Commander III: Heart of the Tiger here.

And the best space combat sim of all-time is ...