Recently we took some time to mull over what some of our favorite space combat sims of all time are. Many of these were games we spent hours and hours of our younger years on, but truth be told, if I had pin a single genre to the Escapist Staff it has be RPGs, no contest. We love delving dungeons and min-maxing characters nearly as much as we love tracking down every sidequest and exploring all the details of a well-crafted setting. Role-playing games are the ones that stick with us, and some of the best times in the office are the weeks following a big RPG release. The office chatter continually returns to subjects like who found what cool piece of loot or friendly arguments about which skill tree is best.

Here are a few distinctions for how we decided to arrange and fill this list. In case you missed it in the title, we restricted our choices to games released only in the last five years - though you could see an all-time list sometime in the future. The cut-off date was for games initially published after Jan 1 2009, i.e. Fallout 3 was from 2008 before you go jump in the comments. Second, no MMOs or remakes. MMOs are essentially their own beast now, and deserve their own list. As far as remakes go, they just don't make for a terribly interesting choice, at least in this context. Just because a timeless classic like Chrono Trigger got ported to handhelds doesn't mean it needs to capstone every list.

Finally, the big, dreaded discussion of what gets considered to be an RPG. Rather than trying to weigh each game on the merits of its mechanics, gameplay, story and player agency to somehow classify it as being an RPG, we instead tried for a simpler approach. We examined if a game could more conceivably be placed into another genre and kept those off the list. For instance, a game like Borderlands, while having many RPG elements, could be argued as being a shooter where another game like Bastion might not fall out of the RPG category as cleanly.

So with those criteria in mind, and our own opinions flame-shielded, The Escapist is proud to present our list of the 25 Best RPGs of the Last Five Years. 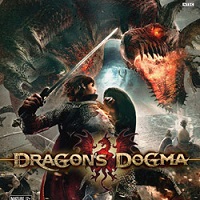 Greg says: There's something of a schism between so-called "western" and "Japanese" RPGs - many writers have argued they are distinct styles which shouldn't be conflated in the same genre. After the financial success of games like Skyrim and the relative low sales of longtime series like Final Fantasy, Japanese developers experimented with games that were more like those made across the Pacific. Enter Dragon's Dogma, developed and published by Capcom, and the experiment could be seen as a success.

Dragon's Dogma began with an exciting action sequence that pitted the player character against a huge dragon, and then twists the damaged hero trope by having the dragon grab your still-beating heart out of your chest. You don't die, and your fellow villagers now believe you are the only one who can defeat the dragon menace. Along the way to figuring out why you are connected to the dragon, you kill other large monsters like griffons and ogres alongside a party of "pawns". These pawns formed the basis of the interesting asynchronous multiplayer mechanic of drawing from the pool of pawns other human players have created.

There was a lot of originality in Dragon's Dogma, but it did suffer slightly from a muted color palette, silly medieval wordings in the dialogue and the lack of a good fast-travel system. All of it added up to an RPG worth playing to see how the genre can adapt and change, even from developers not used to the tropes of "western" gamers. 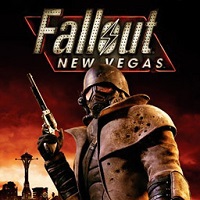 Mike says: New Vegas starts as a tale of revenge , as being killed by Chandler from Friends is pretty humiliating. Well, almost killed. After waking up from being shot in the head, the player journeys across the Mojave Wasteland to the city of New Vegas, working with and against the various factions and towns along the way. Facing down your would-be murdered Benny (voiced by Matthew Perry) leads to a showdown for control of the city. During their adventures, players found themselves in weird and dangerous stories with a dark humor that made the post-apocalypse not so depressing. Hardcore mode also brought a new element to open world RPGs, making players maintain their food and hydration levels as well as resting to prevent exhaustion.

Fallout: New Vegas had big shoes to fill as the follow-up to Fallout 3, which just missed the five-year limit for this list. Bethesda, developers of Fallout 3, had to work on some other game (which might have made it onto this list), so Obsidian rose to the challenge by improving on the narrative while taking what worked from Fallout 3. Of course, New Vegas' biggest problem was that it also carried what didn't work. The game was buggy to the point of making it impossible to complete quests, and those glitches are the only reason we gave the game four stars instead of five. 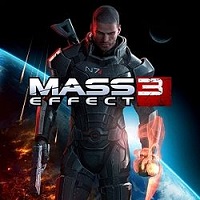 Mike says: The Mass Effect series has been one of the most successful crossover hits in gaming. The accessible combat mechanics of Mass Effect 2 and 3 brought in plenty of gamers that would normally avoid something described as an RPG, but still delivered a story-telling experience wholly unique to video games and serves as one of the best examples of story in games. Mass Effect 3 brought back some of the RPG depth lost in Mass Effect 2 by giving players more options in the skills available as they leveled up, but still lacked the deep weapons and armor system of ME1.

The strongest point of BioWare's games is the story and the relationships between characters, and if anything Mass Effect 3 succeeded as a send-off to the characters we fell in love with. Almost everyone shows up and gets a resolution to their story and a chance to say goodbye to Shepard, as long as you didn't get them killed (you monster). The last thirty minutes of the franchise disappointed innumerable fans and even the biggest BioWare apologist has to admit that the ending is questionable at best, but we shouldn't forget the amazing experience delivered by the rest of the game and its predecessors. Oh, and The Citadel DLC proved the best piece of fan-service ever while providing a true farewell to the Normandy crew.

Developed and published by Larian Studios. Released on June 20, 2014. Available for PC and OS X. 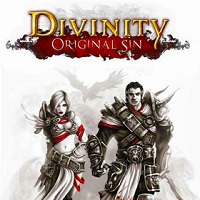 Paul says: The latest RPG from Larian Studios (of Divine Divinity and Divinity: Dragon Commander fame) has players controlling two heroes in the fantasy world of Rivellon to solve the murder of an important councilor. What really makes Original Sin an impressive RPG deserving a spot on this list, though, is how it drops you into a huge open-world environment where you have a liberal amount of free range to experiment, explore and interact with the game world and all its inhabitants, NPCs and enemies alike.

With a well-placed lightning bolt, your wizard could zap an entire group of enemies if they just so happen to be standing near water or in a pool of blood. You can kill off key characters by accident, or con poor villagers out of their possessions by having one of your characters distract them while the other sneaks around and rifles through their pockets. You can make box forts out of empty crates, talk to animals with the right perk, get trapped listening to long-winded dialogue or even have your party members argue among each other (just like a real tabletop RPG game!). If you can think of a crazy idea, chances are Original Sin will let you give it a shot.