It's been fairly slim pickings in video games for a couple of months, so your favorite devs and publishers have teamed up to make sure you're never bored again. Starting in September, and going through November, they're just pumping out game after game after game. The best part of all is that a huge chunk of them are looking to be amazing.

We're an easily excitable bunch here at The Escapist, and we're looking to share some of our excitement with you with this handy guide to the games you absolutely don't want to miss this September. The amazing game release action really heats up in October, so stay tuned for our most anticipated games over the next couple of months.

Without further ado, in order of release date, check out the games that will consume our evenings, weekends, and lunch hours for September! 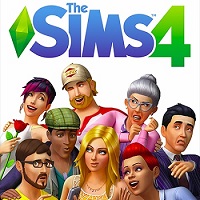 Greg says: The first Sims was a revelation. There was very little direction or anything to win in the game created by Will Wright, but it was amazingly addictive to manage the life of your characters. Concentrating the experience of life into bars of wakefulness, hunger or the need for a bio break was not something I ever considered would be a fun game, but The Sims accomplished this easily. I had a roommate who was just as addicted as I was to the game in 2000, and we would jockey for game time on my PC. It wasn't unusual that fall to wake up and see that my buddy had been playing all night long.

I don't know for certain if The Sims 4 will recreate that same feeling of compulsive play that its predecessors engendered in me, but what I've seen definitely has me excited to delve back into a fake life. The feature additions, such as moodlets and the custom creation tools for furnishings and characters, all seem to make the franchise more interesting, and I imagine all the hullaballoo over the lack of pools and children will blow over once fans get their hands on The Sims 4. And knowing me, I'll be one of them staying up until 6 in the morning playing it. 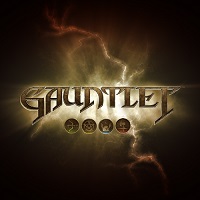 Schuyler says: If you're a fan of RPGs, then this month is going to be exciting for you. September is giving us a reboot of the classic Gauntlet, the RPG that took co-op to another level. It's been nine years since the last installment in the beloved franchise, it's about time for us to get back into the game. This time around they're keeping the parts that brought us to the series initially, which is an anomaly in recent games. From the looks of the upcoming Gauntlet they're building on everything that came before it, making the experience even more immersive. This reiteration lets us, once again, choose to be one of four classic classes to battle the hoards of baddies, you can choose to be either the Warrior, Valkyrie, Elf, and Wizard. These may seem familiar to you because they are the archetypal characters that have appeared in your favorite Gauntlet games of the past. Instead of including different classes, ala Diablo, they draw you back in with the promise of knowing that you'll at least start out knowing what you are capable of. There are many games coming out this September but remember that you only need to remember one of them, go out and get Gauntlet, because it's that security blanket that we've all been missing.