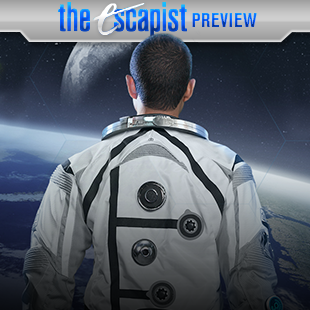 I have played a lot of Beyond Earth over the last six months at various events, and I've noticed one very important thing: This is not Civilization. Don't be fooled by its 4x turn-based strategy skeleton. Sure, the user interface looks like Civ V with a science-fiction trimming, and familiar resources have new names like Health instead of Happiness and Energy instead of Gold. You still basically want to achieve the same goals of spreading your faction's influence to reach a victory condition. As I played more and more Beyond Earth, I kept being hamstrung by using all the strategies that served me well for the 900+ hours I've invested in Civ V. They won't work in space, apparently. At least in the first 250 turns available in the preview build I had access to. Rather than tell you how great Beyond Earth is - and it is great - I thought I'd clue you guys in so you're not surprised when you start getting rolled by the aliens and AI when this game comes out on October 24th.

The alien lifeforms you discover on the new planet are not barbarians. They will kick your ass, especially if you piss them off early on. And that's just the regular units like the raptor bug or the airborne drones - the massive siege worms and the waterborne kraken are huge units that will take massive coordination to kill. They will continue to spawn at alien nests so it can be a good strategy to take out the nests near you (and get that fancy 25 energy reward plus science if you have the Scavenging Virtue). The aliens are basically another global faction and will get more aggressive to all human factions if you kill a bunch of their units. They are also a huge nuisance and will kill your explorers, trade units and workers, even if you have never attacked them. Aliens heal in miasma tiles (See #8), so they can usually quickly recover from any light attacks you throw at them. How you deal with the aliens will ultimately depend on the situation but it is an extremely viable solution to ignore them until you have the firepower to kill 'em all. Nuke 'em from orbit. It's the only way to be sure.

To a certain extent, Civilization is all about buildings. Your cities allow you to build these structures for permanent bonuses that are fairly static throughout each playthrough. In Beyond Earth though, each building has a decision associated with it that allows you to specialize your play even more. A quest decision will pop up after you build the first instance of each structure which gives some narrative background and two choices. Most are simple - do you want your Clinic to provide an extra point of health or do you want it to increase the hit points of your city - while others are more nuanced, like the Autoplant providing a production boost or an additional trade route. It's important to realize this decision is permanent and it affects all of your buildings of this type. The number of decisions can feel overwhelming if you play at a quick pace, but the tradeoff is that you can adapt each building to your playstyle. Even buildings are special little flowers in Beyond Earth.

3. Affinity Levels Are a Big Deal

One of the unique aspects of Beyond Earth is how you can adopt one of three affinities from Purity, Harmony or Supremacy. While we've covered how each is a specific philosophy and has special units, buildings and win conditions at their disposal before, what I've discovered through play is that your unit upgrades are tied directly to leveling up your affinity. There are only a few unit types available in the game such as soldier, gunner, tank, artillery, etc. and they increase in power and hit points only from increasing your highest affinity level. This increase happens globally and instantly, so it is a huge and powerful upgrade. If, for example, you want to attack your neighbor and still have the first tier of soldiers, it's probably best to wait until you get that tech or finish that quest to increase your affinity level. That's why it's also an amazingly effective strategy to cherry-pick affinity techs (see #9) so that you have the most badass units on the board at any given time. Not like I do that or anything ...

For many fans, the joy of a game like Civilization is being able to expand across a continent with a web of inter-connected cities and tile improvements like farms or mines. In Beyond Earth though, it is really difficult to expand quickly without seriously hampering your faction. Like roads did in Civ V, tile improvements like biowells or manufacturies cost a significant amount of energy to maintain. While you usually want to build the best structures you can to take advantage of strategic resources, you need to slow your roll in Beyond Earth until you've built up enough of an economy to support it.

Check out more from Firaxis on Beyond Earth gameplay: