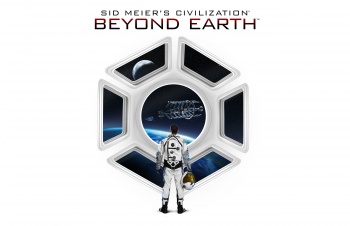 5. Happiness (Health) Is a Warm Gun

The analogue to happiness is health in Beyond Earth. You accumulate a large amount of "unhealth" - or negative health - with each city you build and the population within that city, but unlike Civ there doesn't appear to be as many early buildings available in the tech web (see #9) to compensate. While the Genetics tech does help with two health-related buildings, you have to go really deep in the tech web to get any more. The net effect is that it is very difficult to have more than 2 or 3 cities in the opening turns and strategies like early conquest are severely hampered. In Beyond Earth, you are much better off having a few highly specialized cities rather than a sprawling empire.

You don't found cities right away. Instead, a colonist will put down an outpost which takes 9 turns to grow into a fully-fledged city. You can increase the speed of outpost growth by sending a trade route (see #10) to it, or by choosing a cultural virtue in the prosperity tree. Outposts should be defended with a military unit because they don't have any natural defenses on their own, and are therefore vulnerable to attacks from aliens and other factions. But the cool thing is that your opponent's outposts are just as vulnerable, and you can slow down their expansion by taking out an outpost before it grows. In older versions of Beyond Earth I played before E3, attacking an outpost didn't require a declaration of war, but I think that's been changed. You can grab a virtue in the Might tree which replaces an enemy outpost with your own though, you sneaky devil.

Launching orbital units into space is pretty dang effective. The satellites vary in purpose and they almost always change the way you play once they are launched, but their use doesn't really get important until the mid-game. Early on, you may get a Solar Collector from exploring a resource pod (think Ancient Ruins from Civ V), but otherwise most of the orbital units you'll build are pretty deep in the tech web. One of the most useful is the Miasmic Repulsor which will clear the green poisonous gas in a two-tile radius over 10 turns, but I personally love the Orbital Laser which allows you to bombard any unit within two tiles. It's great on defense, but can also be placed in a choke point with devastating effect. Also, rocktopus. 'Nuff said.

Check out more from Firaxis on Beyond Earth gameplay:

Green gas is usually bad news, and that's no different in Beyond Earth. Miasma is a terrain feature that can be overlaid atop any tile, and it will damage any unit of yours that ends its turn there. The 10 HP damage might not seem like a lot for most military units, but it can screw up your plans to invade that nearby city if there's miasma in between. Workers and Explorers are susceptible to the green mess, too, and you can lose support units without even knowing it sometimes. There are techs and cultural virtues that make these units immune, and the Harmony affinity eventually turns the negatives of the miasma into a positive (+5 HP to healing) so there are ways to deal, but you should otherwise avoid the poison green gas.

9. What a Tangled Web of Tech We Weave

In Civ, you generally discover technology in a line. You go from less powerful to more powerful, even if there's some branching along the way. But in Beyond Earth you have a lot more directions you can progress your faction towards, and the choices you make have a huge impact on your game. Say you want to cherry-pick the techs which are associated with an affinity? You can totally do that and have a specialized civilization much earlier. Want to make a sprint to the happiness/health techs to support more cities? You can do that, too. You can make a beeline towards techs that take advantage of strategic resources nearby or to concentrate on orbital units or whatever. It's all balanced out with not progressing in other areas, but the tech web is incredibly versatile.

The second expansion to Civ V introduced trade routes as ways to exchange gold or other resources between two cities. You had a finite number of routes available for your whole civ, but in Beyond Earth that limit is tied to each individual city. You have to build a trade depot to open up trade, and there are techs/virtues/buildings which allow for more. I'm not sure if this system is better or not because the UI is not good at displaying how many routes are being used or available. Routes between the independent stations you discover (think nerfed city states) can be lucrative if you have a lasting relationship with them, but you have to protect your trade units against attacks from the aliens. That can be super tough, especially if you have an alien nest nearby. The ultrasonic fence building allows you to make trade units immune from aliens and I highly suggest you grab that if you're concentrating on trade.

In general, Civilization: Beyond Earth is an interesting take on the series. It is not only very different from Civ V, but it is also departs heavily from the other sci-fi turn in the series Alpha Centauri. I've played through 4 runs to 250 turns but there is still a lot I have left to uncover. I'm withholding final judgment until I get a review code, but Beyond Earth has my attention.