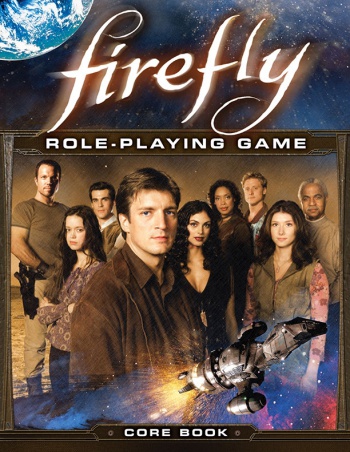 Building on the clever Cortex+ rules established in last year's Marvel Heroic Roleplaying, and utilizing the until-now-unavailable rights to the perennially popular show Firefly. The recently released Firefly RPG does its job of making taking a ship and crew out into the black for misadventures and big damn heroics about as fun as you might want it to be. With some of the fastest fast-play rules in a recent RPG, and clever examples of play based on each individual episode of the TV show, you'll be evading Reavers and plundering Alliance wrecks in no time.

Beyond those basics, the deep story functions of Cortex+ come to the fore, with characters creating advantages to get a few extra dice, and the easy scalability of the dice pool system providing statistics for ships and their doings as easily as aircraft, trains, people, and horses. Where some might have lamented the loss of Marvel Heroic and the loss of its clever game design, Firefly salvages that system and brings it right back to the fore. 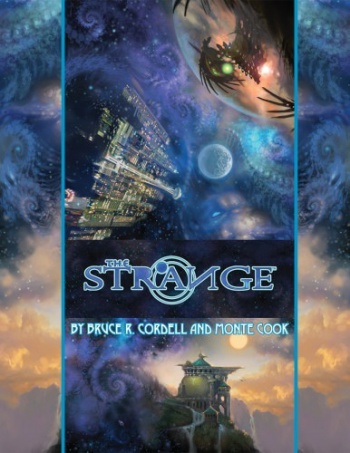 Publisher Monte Cook Games exploded onto the scene last year with Numenera and the Cypher System. Their second outing, The Strange adds designer Bruce Cordell and refines the Cypher System into a fine-edged scalpel of focused gaming. The new system and world leverage story driven mechanics to help you get to the specifics and oddities of interdimensional travel and policing in just the exact way you want to. Plus, the Cyphers the game system is named after only get better once you add the "unlimited worlds, unlimited possibilities" ideas that The Strange is based on, as you're messing with anything from Potions of Healing to Antimatter Pistols and Astrolabes. Better yet, your interdimensional agents must face the fact that everything in humanity's collective unconscious exists out there in the strange, from Narnia and Middle-earth to the terrors of the Alien universe, so your gamemaster is going to throw a lot of, uh, surprises at you before this campaign is over.

It's no secret that Dungeons & Dragons is a favorite pastime of The Escapist crew, so when the fifth edition of the game was confirmed for release this year we were more than a little nervous. Without need, it seems, because this is the D&D we've been waiting for. Taking the best parts of the last few editions of the game and combining them into a recognizable whole, it smacks of D&Ds past and future while streamlining and innovating where it needs to. Core mechanics like the proficiency bonus and the reworked magic systems are clever twists on the formula, and the Advantage/Disadvantage system is a truly inspired piece of game design.

The game's classes are an absolute gem of design. They have a structured feel, with characters getting new powers and abilities at every level, but each manages to feel quite different from the others. They're loaded with little gimmicks, with magic, and with unique game mechanics that other classes don't use. On top of that, each class has a handful of specializations, meaning your bard can be the classic magical songsmith or a melee-combat reveling battle skald. Your call.

D&D hasn't been this straightforward in decades.

There's a lot of variety, with the best of the old books represented: A cross-section of both fan favorites from older editions and forgotten oddities. Each individual monster is dripping with fascinating details and seeds for adventures, with text accompanying every entry that alludes to worlds of adventures yet to be had and cues the DM on how the creature fits into the roleplaying aspect of the game.