Read about the nominees here. 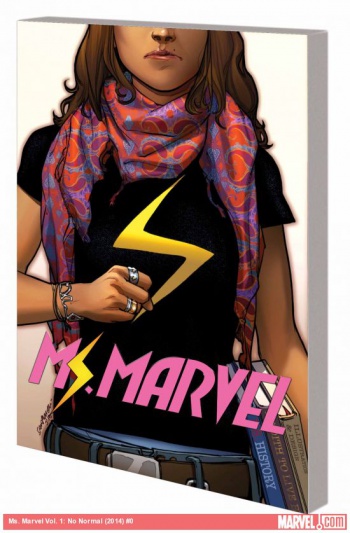 Senior Editor Ross Lincoln says: Like I said previously, the entire Comics and Cosplay team nominated Ms. Marvel for this award, and as such we have to give it to her hands-down. For people who love their comics replete with lore porn and connections to the larger universe, you've got her fan-worship of the former Ms. Marvel/current Captain Marvel, plus the recent reveal that the new Ms. Marvel is an Inhuman. For people who like their comics full of real-feeling personal drama, you've got a coming of age story about a young adult grasping for independence, still needing her family, and navigating a complex social world.

But the best thing about it is that it's an exciting superhero story, with cool powers and the development of a great story arc, married to an authentic story of the immigrant experience. Kamala Khan is of course a Pakistani teen whose parents are quite traditional. The way this series explores that as an aspect of her developing superpowers should be studied as a perfect example of how not to pander, paternalize, or give in to tokenism. Brilliant stuff.