If I had to summarize PAX East 2015 with a single utterance, it would be "Brrrrrr!" With temperatures in the 20s and 30s all weekend, the convention was the warmest place we discovered in Boston. We spent a lot of time huddled inside avoiding winter's chill, which means a plethora of neat, new games from AAA to indie. I've taken the liberty of picking the four most impressive games and products I saw at PAX East this year, which I'll be presenting in no particular order below. 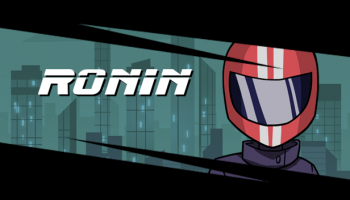 Crafted by a developer so indie that there's not even a clever studio name, Tomasz Waclawek put together a masterpiece of platforming novelty in RONIN. You'll play a vengeful heroine bent on pursuing her own idea of justice, as you grapple your way up skyscrapers and take on the evilest of evil corporations from the top down. A turn-based action platformer, RONIN's tactical combat pits your martial skills against rooms full of armed corporate security.

Sticking to the shadows will keep you out of sight, and keep the platforming moving right along, but as soon as you step into the light of day and security spots you, the gameplay switches immediately to turn-based tactical combat. Each turn of combat, you'll get to make a move, be it leaping, slashing, or throwing your blade mid-air. Your enemies' laser sights show you where they'll be shooting, so you have ample opportunity to stay clear of the line of fire. You can only take one shot, so you will need to plan carefully to take down multiple baddies at once.

If you like platformers, but prefer to take your time with combat situations, RONIN is exactly what you're looking for. You'll die a lot regardless, rest assured, as even the introduction demo I played was incredibly unforgiving, but you'll learn as you go, and eventually you'll be able to clear the security from that server room without so much as a scratch. Check it out on Steam. 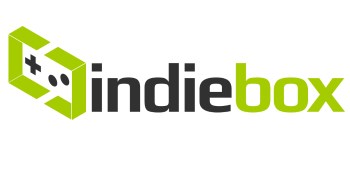 IndieBox does some incredible things for old-school gamers that miss the days of all games coming in proper boxes, with neat game-related swag, and, of course, a fully illustrated instruction manual. Except for the occasional Collector's Edition, these days you're lucky to get a single-sheet insert in the game box, and that's if you got a physical copy of the game at all, and even the fanciest of CEs don't come with instruction manuals anymore. With digital distribution continuing to expand its influence, IndieBox has decided to bring back the box.

For a paltry $25 (or less) per month, you'll get a hand-crafted goody box for the latest indie game, including said game, and delivered right to your door. IndieBox teams up with indie developers, so the instruction manual, and much of the in-box swag, will have been created with the input of the devs behind the title. Each game tends to come on a credit-card USB key, styled to match the game in any way it can. For example, Risk of Rain came on a key that was designed to look like an in-game keycard.


In addition to the developer involvement in the ideation and creation processes, the entire IndieBox is apparently assembled by hand every month for more than 1,000 subscribers to the service. If you miss old school game boxes and enjoy a very personal, indie touch to your game box collection, IndieBox is definitely worth investigating.
Related to:
joshua vanderwallopinionpax east 2015video games
0
Tweet