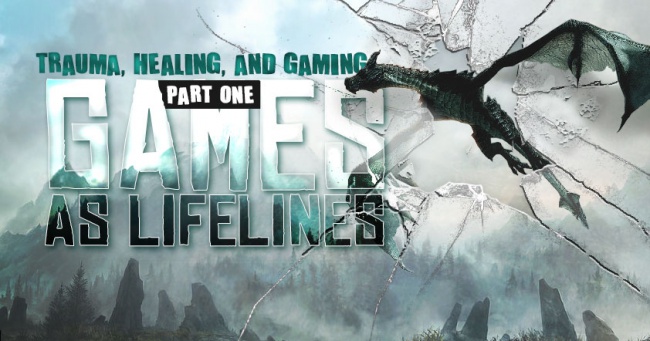 Descriptions and depictions of Post Traumatic Stress Disorder, also known as PTSD or PTS in military parlance, can sound like the dramatic pitch for a video game - flashbacks, tortured souls, and stories of war, abuse, and survival. but for 5.2 million Americans and millions more around the world, Post Traumatic Stress is our reality.

It's normal to feel bad about bad memories and to want to avoid unpleasant things. People with PTSD, however, end up avoiding, reliving, or blaming ourselves for the bad things to the point that it interferes with our lives for months or even years. In essence, PTSD is the brain getting "stuck" due to a severely traumatic experience or series of experiences. For a detailed list of potential causes and symptoms, check out the Mayo Clinic's website It is, in my opinion, one of the better outlines and overviews of the risk factors and symptoms of PTSD.

PTSD treatment does work, but it's gruelling. In the words of USC psychologist Skip Rizzo, it's "hard medicine for a hard problem." I spent a year in trauma therapy after a cumulative combination of childhood abuse and stuff the police and therapists have cautioned me not to talk about knocked me flat a few years back. It definitely got worse before it got better, but it did work. I'm writing this piece for The Escapist because I don't think I could have gotten through that process without video games.

I didn't have much social support. I didn't tell some people because I didn't think they could handle it. Most of the people that I did tell couldn't handle it either, and I lost a large number of people I thought were my friends. Meanwhile, there was something about the inherent control of playing a video game that was more comforting than watching a movie or TV show. I wasn't avoiding the problem. I just needed wins in fictional realities that I wasn't getting in the real world. Video games got me through when people abandoned me, and I think a lot of those people ditched because they had no idea what PTSD and the treatments for the condition actually entail. 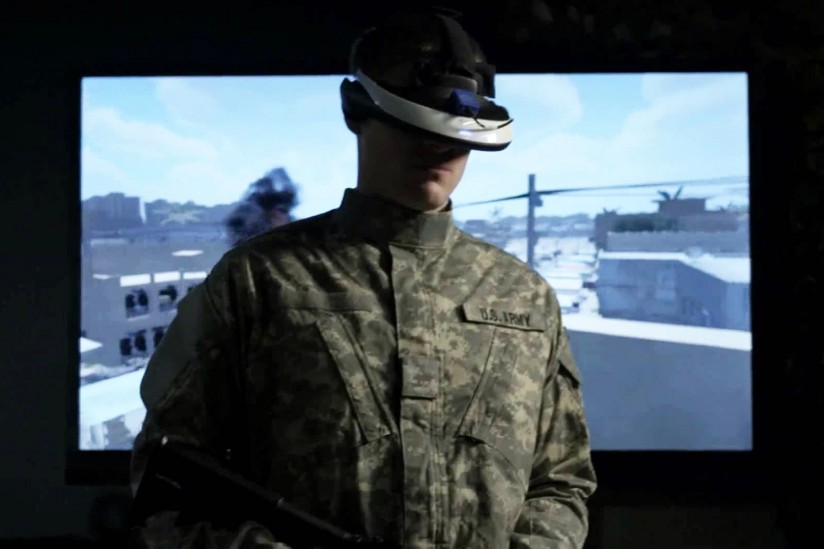 Honorably discharged decorated US Army Forward Observer, and gamer, Michael Stevens describes treatment and recovery from PTSD in this way:

"You can't get rid of your PTSD, but PTSD is something you can "beat" -- YOU, not anyone else. People can help you, and support is more critical for some than others, but at the end of the day, the person with PTSD is the one who has to get in the ring and fight. PTSD might knock you on your ass from time to time, but as long as you keep getting up, keep fighting and stay ahead on the scorecard, that's all that matters."

It's true: you don't get "cured"; you beat the crap out of the thing. This involves a lot of anger and frustration and some people can't handle that. But over time, the fighting gets easier and your reactions are no longer overwhelming. There are a lot of gamers out there who are still struggling with PTSD, and I noticed that there weren't a lot of gamer-specific stories told by people who have successfully conquered their demons. So I decided to write this series to educate, inform, and provide hope, as well as offer some potential improvements regarding the way the video game industry and community deal with and discuss PTSD and the people who have it.

Because gaming is inherently about big experiences and player control, I think that video games and gamers can lead the way in understanding and supporting people with PTSD. Many video games already tackle the subject of trauma, albeit in artistic, not clinical format, because military stories are huge in AAA gaming. Video game technology is also being used to treat veterans with PTSD. Dr Rizzo's Medical Virtual Reality Program at USC Institute for Creative Technologies uses VR game technology in a type of PTSD therapy that has seen great success.

In the video game community, however, things are rocky, notably concerning the ongoing community battle regarding "trigger warnings" that shows no sign of abating. Personal breaking points have essentially become something to mock as opposed to something to respect. We need to turn that around because PTSD affects entire families, entire communities, and every person has a role to play in making survivors of trauma feel more accepted in society. There's no point in playing games featuring military heroes if we don't know how to properly show respect for real world ones. Admittedly, that's a big challenge in realms where trolling is rampant.

Stigma is a huge barrier to this sort of understanding. It's pretty common to see trauma knock a person down in media. It's much rarer to see a story where they get back up. So there's a false perception in too many minds that people with PTSD are dangerous or permanently damaged. We're not... at least not any more so than anyone else. Gamers understand stigma because gaming and gamers suffer stigma. That's another reason I think that gaming can lead the way on this issue. All the fundamentals to understanding are there, especially since there is an indie game part of the industry that has the potential to look at PTSD from a quieter perspective.