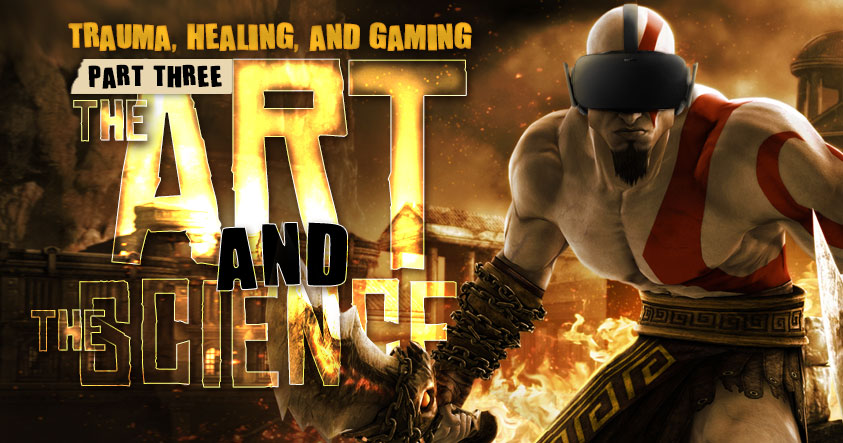 Editor's Note: This article contains game spoilers for Spec Ops:The Line, God of War, The Darkness and Papo & Yo.

Traumatic experiences are a core part of video game stories, because peril is exciting, right? While danger and death-defying experiences are pretty standard for game narratives, an exploration of the emotional aftermath isn't.

More and more games are trying, however. Games like Dragon Age, Mass Effect, The Last of Us, Gears of War, The Darkness, Dead Space, The Walking Dead, Heavy Rain and Silent Hill 2, for example, feature signs of trauma or traumatized characters. American McGee's Alice and Psychonauts involve stories of overcoming childhood trauma.

But the game that comes first to mind for many when you mention PTSD is the 2012 third-person shooter Spec Ops: The Line. It tells the story of an instantly likable trio of soldiers who end up doing a lot of really bad things for really good reasons. As Yager managing director Timo Ullman put it, "the road to hell is paved with good intentions".

Note that "the road to hell is paved with good intentions" is an artistic vision, not a clinical opinion or policy direction. That's the difference between art and activism. 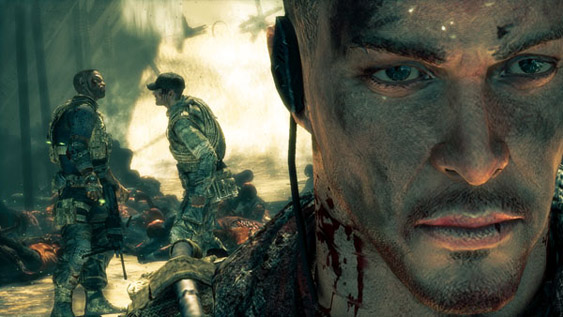 Heavily inspired by Heart of Darkness, Spec Ops: The Line is by no means a clinically accurate portrayal of PTSD. As Ullman puts it, Yager wanted to explore "what war is doing to soldiers' minds and PTSD played a role in discussions... one will be able to recognize some of it. But of course we are no experts at that and so we also tried to stay away from just throwing it into the mix and taking advantage of the public discussion."

Spec Ops: The Line was, therefore, an groundbreaking game regarding military PTS being used in games. The game was deservedly praised for its narrative, even though some gamers were repelled by the deliberately horrifying white phosphorous scene. That's the thing about PTSD though: it comes from something really really bad happening.

However, a therapist I consulted for this article (who wishes to remain uncredited) suggested that in fact, Capt. Walker's symptoms in Spec Ops could actually point to schizophrenia. Walker's hallucinations and paranoia aren't re-experiencing the event; they're things that never actually happened. There is a lot of overlap between PTSD and psychosis but they're not the same thing. However, most signs of schizophrenia begin in late teens and early adulthood, about the time people enlist in the military. So Walker's condition could very well be complex PTSD. But it could be other things as well.

It's important to make these distinctions when analyzing the game, but we can't do that if devs don't make the game in the first place. Mature, open discussion of game content can be a really good thing, because it allows people who are experts to get their message out thanks to the popularity of an artistic product. However, the media collectively has a bad habit of showing too close a connection between mental health issues and violence , so it's important to discuss how to strike a balance. 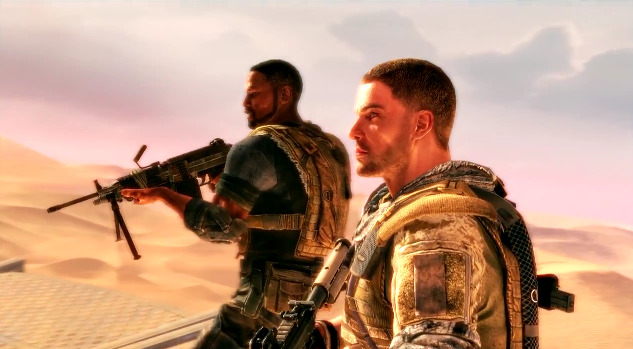 Veterans I talked to who played the game were conflicted. "Spec Ops: The Line gave it a shot, but that game felt more like it was trying to give you PTSD through a narrow, single dimension, rather than cover the subject matter from multiple dimensions and explore more important concepts than simply a process of events that can cause PTSD," says Michael Stevens, a veteran with PTSD. However, he also says "Games are supposed to have some element of fun in them. If a video game wants to seriously tackle PTSD, the game behind it must be driven by solid mechanics and a story that isn't going to depress the shit out of everyone. PTSD as a central theme is a tricky space to navigate."

Full disclosure: he took a specific shot at a pair of prominent crusaders against violent games in his comments, but I'm not reproducing them since I don't want to start a war of my own.

"Some people dubbed [Spec Ops: the Line] as an anti-war game, and one can see it that way although it was not intended." Ullman says. "Of course we wanted to create a game that entertains and would be able to grab peoples attention but at the same time offer something that lets the player think and reflect about."

Fictional stories are often the first ones to humanize otherwise "scary" people, and Spec Ops: The Line definitely makes you feel for Capt. Walker's struggles through no-win situations. As long as stories like Spec Ops: The Line help build empathy for people with PTSD without a player thinking it makes them an expert on the nuances of the condition then that's great! PTSD and combat stress reaction have been woven through humankind's stories long before PTSD was added to psychiatric terminologies in 1980. During the American Civil War, "soldier's heart" was the colloquial name for a condition now linked to anxiety disorders. During and after World War I, what's now known as PTSD was called "chronic shell shock". I saw allusions to this in the comic and video game The Darkness, since Anthony Estacado massacres an invading army after accepting the Darkness into him, then loses his grip on sanity.