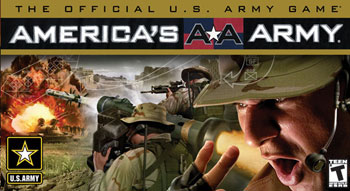 Use of Video Games by the U.S. Military

While some have speculated that Polybius was used as an experiment with the same intentions of MK-ULTRA, others have introduced the theory that the game, if it existed, was possibly used as a training tool by the United States military.

In late 1980, Atari released BattleZone. "BattleZone was the second game I did for Atari" former Atari programmer Edward Rotberg told me via email. "This was a 3 month project. BattleZone was defined to use the vector generator hardware system designed by Howard Delman and used in games like Asteroids. And, for the first time, it was to be a true 3-D game. It also incorporated a bit-slice system to do the mathematics, making the full-3-D possible. For me it was a chance to start with hardware that was purpose-built, and break some ground at the same time. It was my most successful game, and had a huge impact on the rest of my career, for both good and bad."

Shortly after BattleZone's release, Rotberg says Atari was approached by a group of "retired, upper echelon, military people to create a simulator/game based on one of the new Infantry Fighting Vehicles in use by the U.S. Military." The project was given only three months, requiring those working on it to work 14-18 hour days, and included modifying the existing BattleZone title. While Rotberg has no regrets about agreeing to work on the title - he agreed only with the stipulation that he be exempt from all future military projects for Atari - Rotberg does regret losing three months of his life to work on it. "I would only see my wife when I got home and go and went to bed, and again in the morning before I left. It was not a happy time for me."

In 1996, DOOM II was also modified for use by the U.S. military. The Marine Combat Development Command was given the task of developing and approving computer-based wargames to train U.S. Marines for "decision making skills," particularly when live training options were limited.

The Sum of its Parts

"Through our research and interviews, much of the focus has been on establishing what is blatant fiction and what might have been possible," Frechette says of the upcoming documentary. In addition to interviews and investigation, Frechette says that one of the most interesting questions to Polybius, in the event it was not real, is whether it's a true "urban legend" or an elaborate hoax. "...one of our sources, Joe Streckert, talks about how legends have to emerge organically, as sort of a shared cultural experience, whereas hoaxes are perpetrated by a single person with the explicit intent of fooling other people."

There were children in Oregon in 1981, getting sick while playing video games. There was a rumored police and federal presence in and around arcades in the early 80s to monitor for drugs and illegal gambling. The U.S. government has a confirmed history of performing gruesome tests and experiments on citizens without their knowledge in a program that ended less than 10 years before Polybius' rumored appearance. The military has used video games for both training and recruitment. Each individual speculation about the game Polybius has a basis in reality.

While stressing no personal knowledge of the game, Rotberg says "As for the truth of these rumors, I have no informed opinion... pure speculation says that there could be a tiny grain of truth somewhere in all of the many, varied rumors. I seriously doubt it, but cannot completely discount the possibility either."

The best hoaxes are often based off truth, and the most frightening truths often appear to be hoaxes.

"When we began this journey, we were open-minded about what we might find -- and we still are today. This has been a strange and surprising journey, and I think it's going to translate into a film that people aren't expecting. There will be some familiar history, but there will also be new revelations. And some of them are pretty creepy." - Jon Frechette, The Polybius Conspiracy

For more information on The Polybius Conspiracy, you can view the team's kickstarter fundraising page here.