While I've been excited for XCOM 2 since it was announced, there was one thing that's bugged me about it from the outset; the entire premise assumes you failed to fend off the invasion in Enemy Unknown. Though I didn't win every game, I beat Enemy Unknown and Enemy Within no fewer than a dozen times, so seeing the sequel predicated on failure seemed odd. It turns out, to very little surprise, that I wasn't the only one to take umbrage with this, and the team at the Firaxicon panel took a moment to address it.

The replayability of XCOM has always been important to the game, and being able to restart from scratch and have a wholly different experience lends itself to a parallel universe situation, where every playthrough is true in one of the infinite possible universes. XCOM 2 is based on those times - few though they may be - that you failed to fend off the invasion. It's a redemption of your losses, rather than a retcon of your wins. They went so far as to address folks who may never have lost, in that you're cleaning up other players' messes.

While replaying previous iterations of XCOM offered a unique experience, those of us who played through more than a couple of times are all too aware of the repetition of tactical maps. Previously, every encounter map was designed by hand, so there wasn't significant variation in combat encounters over the long-term. You might not notice the repeats in your first or second playthrough, but you'll see them after a while, and then you'll see nothing but the repetition. It's certainly effective to know the best lines of attack for any given map, but the surprise factor of a new map is more fun.

XCOM 2 fixes this issue with procedural combat maps, which, it turns out, aren't as easy to implement as they sound. The topic naturally came up while I was chatting with Creative Director Jake Solomon, who expressed the difficulty of creating a system that could intelligently piece together the pre-designed "parcels" of map into something not only cohesive, but navigable and survivable. For 20 years now, keeping your soldiers behind cover has been integral to the entire XCOM combat system. When combat maps are crafted by hand, it's simple to check cover density by eye, and adjust it later to finer specifications. Asking a computer to do so in any meaningful way, however, is a far more arduous task.

Solomon explained that they had created a process which takes what they term "parcels" internally and snaps them together to form your encounter area. Unlike the maps themselves, the parcels are all hand designed, so the buildings and road segments will have the same well-designed feel to them, but they'll be assembled differently each time you initiate a combat mission. The cover system is primarily handled within each parcel, rather than looking at the overall map, so it's possible you'll end up in dangerous situations where cover is sparse, or aggravating situations where there's a tangle of cover to navigate around, but measures have been taken to minimize these corner cases. Solomon assured me that, due to extensive in-house playtesting and parcel tweaks, the high/low cover density situations are few and far between. 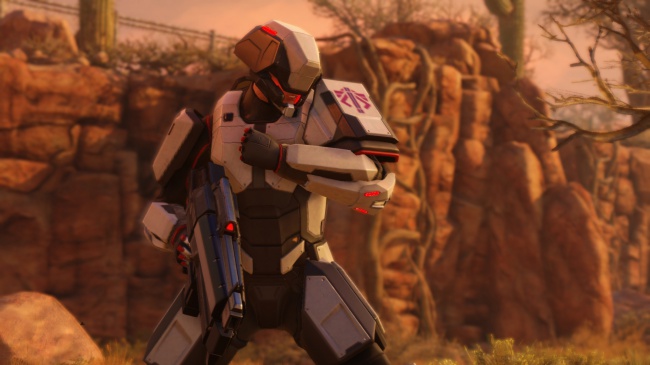 The panel actually had some new enemies to show off, which, despite being horrifying from a player perspective, look like they'll be incredible additions to the alien menace's roster. The Advent Shieldbearer is basically a tank with high hit points and armor, but it won't have a taunt ability per se. Instead, you'll be highly incentivized to focus fire a Shieldbearer down because of his ability to create a personal shield for all nearby aliens, which offer huge damage reduction. You certainly could ignore the Shieldbearer, but it will almost certainly cost you numerous wasted shots per enemy you kill before it. 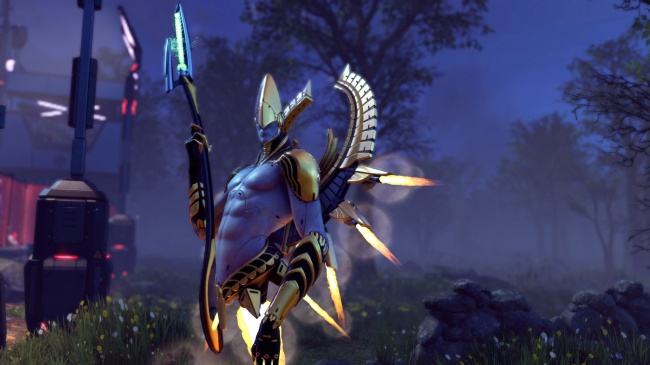 By contrast, the new Archon is a purely offensive enemy, established as an evolution of the well-known Floaters from earlier games. The mobility afforded to fliers is already hard to deal with, given the necessity of maintaining cover against skybound aliens, but Archons will also have a Battle Rage which gives them a movement boost, allowing them to close long distances while ignoring obstructions, and clobber you with their elaborate staff weapon. They don't need to get close, though. Their special ability launches a salvo of sorts, dealing AOE damage to all units in the area. The presentation didn't have damage numbers that I saw, but I'd wager these aren't run-of-the-mill enemies, so you'll do well to exercise extreme caution until you know exactly what they're capable of.

There's a lot of information out there about XCOM 2 at this point, but there are a couple of particularly interesting points worth mentioning for those who haven't kept up entirely. Concealment is a new feature which allows your soldiers to stay out of sight while scouting enemy positions. While you're concealed, you can look around corners to spot enemy positions and movement without being seen yourself. Once you fire or enter line of sight, you'll break concealment, at which point you're fair game. As minor as this seems, it will certainly add entirely new playstyles to the mix, which focus more on stealthily eliminating stragglers than going in guns blazing.

There's a new hacking system in place, which Solomon gleefully mentioned was not a minigame. There are certainly games that do the hacking minigame well enough to make it entertaining, but, at least in my opinion, they're the exception rather than the rule. Instead of trying to make a game out of it, XCOM 2 gives you a risk/benefit analysis, with good and bad outcome possibilities weighted with percentages. Is a 70% chance of a combat buff worth the risk of a 30% chance of getting hit with an explosion?

Finally, there's the overwatch fix. If you've played even one playthrough of Enemy Unknown, you'll almost certainly have set two or three soldiers on overwatch, only to have one alien trigger all three, even though the first shot killed it. This has been addressed by making the overwatch shots sequential, rather than effectively simultaneous. If your first shot kills the alien, your other soldiers will hold on overwatch until another target appears. It won't come up too often, but you'll be thankful when it does.