What is "scary"? According to the dictionary, scary is defined as "causing fright or alarm." I think those words don't do justice to describe true terror. Video games help explore the topic of scary deeper than a dictionary, invoking a reality that can only come from interaction. That sense of unease when going into a uncomfortable place, that shock to the heart when taken by surprise, the feeling of sheer dread when powerless against an unbeatable foe. These are six games - the ones that stick with you, scare you, and threaten you - scary games that help put into perspective the idea of scary in different, valuable ways. 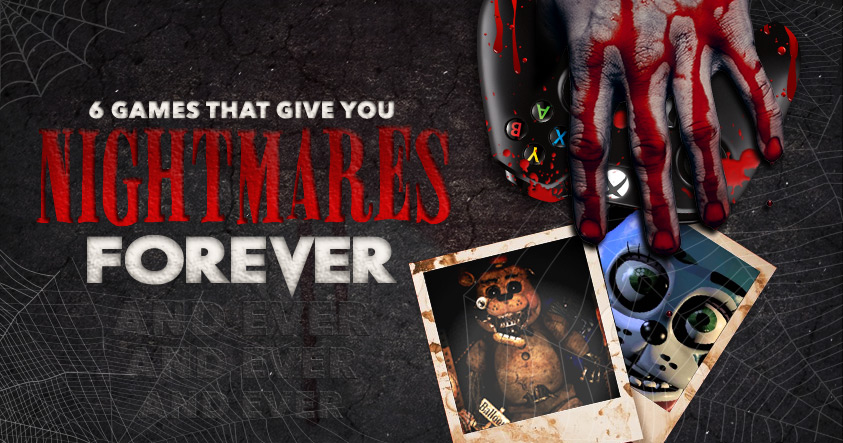 
Developed by Digital Pictures. Published by Sega. Released on October 15, 1992 for the Sega CD.

This is the grandfather of scary video games and one of the leading reasons there are industry-imposed video game ratings on today. Even though the game was released in 1992, it had an incredibly realistic depiction of the gruesome events that took place within it by being an interactive movie experience.

The player is working with "Special Control Attack Team" (SCAT), to protect the lives of a group of girls. The group is spending the weekend at a winery with a history of people disappearing. SCAT hacked into the house security system and gave you control of the cameras and traps within it. It's revealed that the family who owns the winery house is into blood or human flesh of some kind: vampires. The son and daughter of this vampire family manage to convince six girls they met at the mall to come back to their lair.

The one scene in Night Trap that media pointed to be "shocking" was a bathroom segment. One of the girls, Lisa, is doing their hair and an Auger hiding in the shower is watching her. Lisa opens the shower door thinking it's a prank by one of her friends. Just as she realizes it's a home invader of some kind, two other Augers burst into the room and hold her down. The group take this probe harvester and suck the blood out of Lisa's neck. Afterward they all drag her off into the dark passages of the house.

The plot of Night Trap was nonsensical, but the United States government took notice.
Politicians usedNight Trap as evidence of violent video game content. The 1993 US senate committee hearings were the climax of the controversy. Media activists dramatized the game as a shocking experience that was a blight of media. The talks resulted in video game content adding ESRB ratings. These tell video game buyers what themes to expect in their new purchases. A documentary about the Night Trap fiasco was later filmed, called Dangerous Games. It served as the cast's response to the criticism the media leveled at them. The creator himself said the intention was to provide a goofy and bizarre situation - not to deliver a violent and obscene horror.

Night Trap is a scary game due to the outside world viewing it as a frightening tale. The cast and crew of the game testified that the game was an outlandish goofy fantasy. Despite that, Night Trap became the poster child of video game violence and controversy. Media trumped up the idea of fear, that may or may not actually exist. But that vision made politicians and lawmakers go to action. That raw power in itself is something frightening.