Given how much crossover there is between the various geek sectors, we wanted to make our Gift Guides easily browsable for the multi-faceted fans out there. Check out our guides below by category. If you're looking for the new and improved "If I Won the Lottery" Gift Guide, you're in the right place. Just keep scrolling for the coolest stuff we'll never afford! 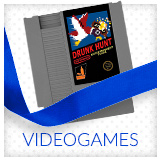 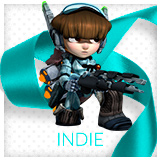 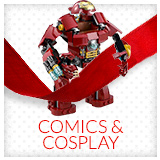 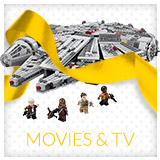 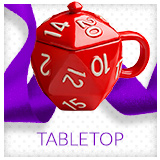 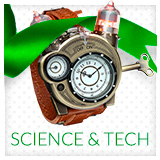 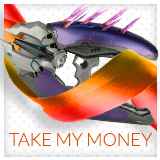 Want to surprise the gamer on your list with some Escapist-themed goodies? We've got you covered there, too. Our merch is cat-tested and Yahtzee-approved! 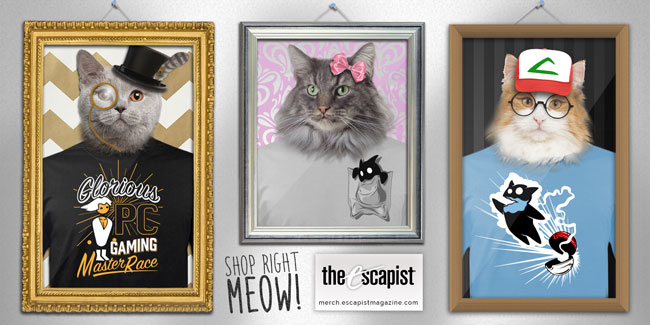 Whether you've just won the lottery, or you're an established member of the wealthy elite, you've got more money than you know what to do with. Fortunately, we've got a few ideas for you. 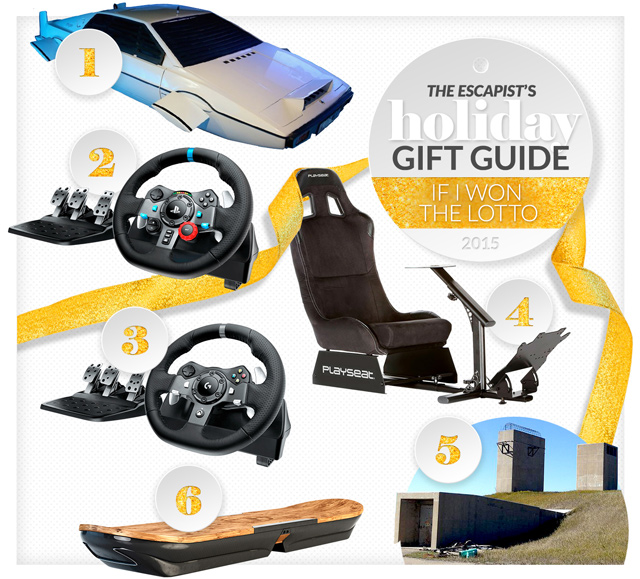 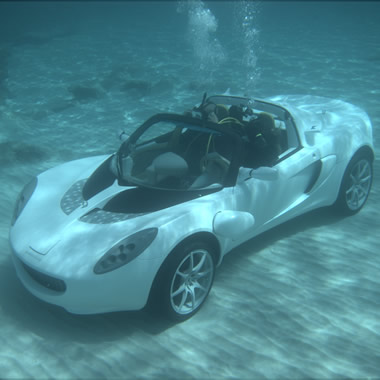 Ron says: One of the most memorable scenes from 1977's The Spy Who Loved Me was James Bond (Roger Moore) driving a Lotus Esprit into the water, at which point we see it has been fitted out to transform into a submarine. Q Branch is up to its old tricks again. Well, if you've got the coin to toss around, you can get a gift that will let someone on your list re-enact that scene anytime they want.

For your consideration, we humbly submit Hammacher Schlemmer's "Submarine Sports Car." This custom vehicle floats when driven into water, and can submerge when the driver desires with the pull of a lever. It's outfitted with two front propellers for steering and lift, and a pair of rear propellers that allow a top speed of 2 knots. The car is also able to operate up to 33 feet underwater. If you're wondering how you'll breathe down there, the car packs in two scuba tanks and diving regulators, so you and your passenger can breathe easy for up to one hour under the sea.

Powered by an electric motor and rechargeable batteries, it can cover 80 miles on land (at up to 75 miles per hour!) and three hours underwater on a single four-hour charge, so while it's efficient, it's probably not going to be up for the "evade the bad guys and escape with the heroine" duty you might expect. Still, if you want to really make the secret agent on your Christmas list happy this year, you can grab the Submarine Sports Car for only $2 million.

Ron says: The G29 Racing Wheel is new-generation counterpart to the G27. This version of the wheel works with the PC, PS4, and PS3 (If you're gaming on Xbox One, check out the G920). This PlayStation-centric setup means that the wheel contains all the buttons you'd expect to see on a controller for Sony's console. Some of them are done up in blue, with a red jog wheel included as well. The splash of color is a bit distracting, but it does not affect the performance of the wheel at all, which is great.

The leather-wrapped wheel has a great feel, thanks to the dual-motor, helical geared force feedback. If you've never played a racing game with a wheel before, you'll be amazed at how realistic the G29 can make the steering feel. If you're a manual transmission aficionado, the G29 offers racing-style stainless steel paddles on each side of the wheel, or you can opt for the shifter add-on (if you're willing to drop another $60). One of the nicest features is the LED display atop the center of the wheel, which acts as the tachometer, helping you know when it's time to change gears.

The suite of pedals is one of the brightest spots on this unit. The clutch and gas feel great, and the brake is amazing. It's progressive, so the further you press it down, the more resistance you get. It feels very close to what you'd have in a real car. The pedals also do a great job of staying where you put them, requiring little in the way of extra securing.

All in all, it's a solid unit whose only drawback may be the $399 price tag. If you're looking for an over-the-top gift for the racing game fan on your list, the G29 would definitely bring a smile to their face when it shows up under the tree.

Josh says: What Ron said. I had an overwhelmingly positive experience with the G920 Xbox One Racing Wheel. I don't have quite as much experience with the hardware in general as many, but, despite not being a huge fan of racing games to begin with, struggling to keep the wheel straight as you come out of that corner you took slightly too fast is exhilarating every single time.

If this isn't rich enough for your blood, though, the Playseat will get you a bit closer. 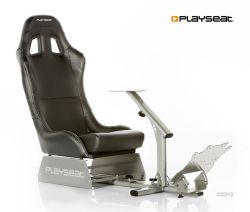 Josh says: If you're not familiar with the company, Playseat basically takes car seats and puts them in your living room on a sturdy frame that supports all your essential racing peripherals. The Playseat is one of those things that's absolutely unnecessary for any practical household, but has so much to offer the right people that it's worth talking about. Racing games aren't everybody's cup of tea. I don't typically enjoy the more realism-focused racing games myself, as I tend to be really, really bad at them. I'm not much for braking, which, it turns out, is fairly important when you're trying to turn. I tend to play games like Need for Speed over Forza, because they're more about running other drivers off the road than staying in the lines yourself.

Playing Forza in a Playseat with a wheel/pedal set is an entirely different experience than playing with a controller, and the immersive nature of the setup will put you in the game like nothing else. Playseats aren't much use without a wheel/pedal set, of course, and take up a ton of space in your gaming room - a drawback made much worse if your gaming room is your living room - so it's a commitment to say the least. It is the only way to legally drive at 120 MPH after a six pack of beer, though, which is priceless in itself.

Alex says: The end of the world is at hand. If an asteroid strike or antibiotic-resistant super bacteria doesn't wipe us out, surely a global terror network, cold war gone hot, or generalized civilization collapse will. That's why if I win the lottery this Christmas, my loved ones will be getting a nuclear-hardened missile base. The most important people in my life will be able to rest secure in a 12,000-square foot underground launch control center accessible only by a blast-door protected 75' long underground tunnel situated in the middle of a 36-acre property in remote North Dakota surrounded by a military-grade barbed wire fence. Reinforced to withstand a nearby nuclear detonation, the facility will certainly also protect them against mutants, aliens, zombies, biker gangs, North Korean paratroopers, and the other likely threats of the imminent post-apocalypse. Even if the apocalypse doesn't come in 2016, it'll serve as a luxurious base from which to launch schemes for world domination or at least criminal heists that can recoup the purchase price of one million dollars. Jumpsuit-clad minions not included.

CJ says: Hoverboards. Everyone has wanted one since Back to the Future Part II. Well, in summer 2015, Lexus revealed "The Slide," a functional hoverboard that the Japanese automaker had in development, and later showcased it in a stunning video that seemed too good to be true. It turns out that you can't use the board just anywhere - it works using liquid-nitrogen-cooled superconductors and permanent magnets, so it will only hover over special metallic surfaces. Still, if you want to visit the custom skate park that Lexus developed, which was built with the necessary material to levitate the board, then you can live the dream and ride a hoverboard. Assuming you have enough cash on hand to bribe Lexus into letting you use their board and facilities, plus acquire the liquid nitrogen needed to refuel the board every ten minutes or so. But hey - it's still a functional hoverboard, despite all the limiting factors.