The speed of light: The Killjoy of the universe

By now, many of you are probably way ahead of me. Even if you grant us this magical Turinium as the ultimate computing material there is still the issue with distance. In fact, this very issue is the central plot point of the game's universe. Let's walk through what would happen if we a) figured out a way to increase our sentience by letting us add additional virtual hemispheres to our brain and b) this was done through a manufactured material called Turinium.

First, we'd have some years of arguing about how much of Earth itself is suitable to being converted into this substance and/or how much is ethical to turn into this substance. Then, once we ran out of material on Earth that could be converted we'd start eyeing the moon or Mars as candidates. But let's say we sent a probe to Mars and it could convert some of the mass into Turinium. What good does that do us? Mars is on average 17 light minutes away. Even I think faster than that most of the time.

Manufacturing Turinium on asteroids or other planets only becomes interesting if you can find a way to communicate back and forth instantly. The good news, they find a way. The bad news, it will mean the end of us all. 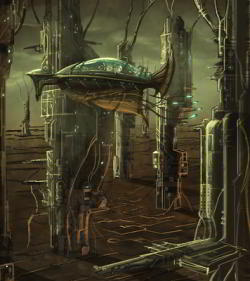 For our lore, we came up with the concept of Quantum Streaming to solve our faster than light problem. Quantum streaming is similar to quantum entanglement without the baggage of using a real term that if turns out to be misunderstood doesn't ruin our story. The idea is that with with enough computational power you can calculate what particles to manipulate to simultaneously manipulate twin particles somewhere else in the universe. This allows for two interesting things: First we can communicate instantly once we have the entanglement nailed. Second we can manipulate the particles in such a way to create nano-machines which in turn can then be instructed to build more complex things.

Rise of the Post-Human Coalition 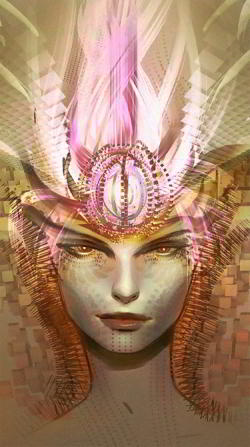 There's only one gotcha with quantum streaming. Remember the part I said that if you have "enough" computational power you can do it? Well, by enough I mean a lot. A crazy, insane offensively gratuitous amount of computing power. A lot as in, only a few people have access to that kind of capability. If you think wealth inequality is a problem, imagine the scenario where only 0.01% of the population has the ability to spread themselves across the universe while the remaining 99.99% are stuck on Earth.

So without giving away the plot, what do you think would happen to the 0.01% if they said "Hey, we've decided we're going to expand into the universe and become gods. Good luck to the rest of you!" And imagine that the reason they have that computational power is because nearly all of their Turinium is, naturally, physically located on Earth. What do you think would happen next? If you answered, violence you were right. Lots and lots of violence.

To solve this, this group of powerful Post-Humans created an organization called the Post-Human Coalition. This organization would lend the necessary computational power to other people who sought to expand beyond Earth. There were various rules that they agreed to abide by to ensure that other people would have their shot. For example, no good letting someone expand to say a piece of Mars who then figured out how to get to Proxima or Deneb or other planets and began to gobble things up for themselves before the rest of the two billion or so Post-Humans had their turn (the remaining population being natural or near-natural humans). 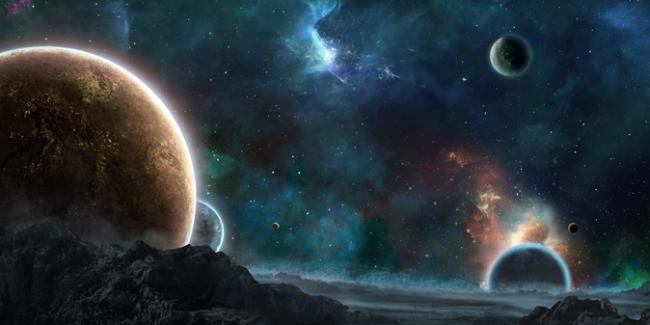 Naturally, some of the Post-Humans who were given the ability to expand to other planets via quantum streaming quickly decided to violate their agreement. As a result, the PHC had to respond by creating its own military. An interstellar military is a different thing if you have no space ships. You have to figure out a way to essentially materialize entire armies onto distant planets to destroy the renegade's Nexus (their central hub to manage their planet).

The PHC had to come up with an entire doctrine on how to enforce its rules through physical force. This meant designing constructs that could be controlled from light-years away and eliminating a renegade Post-Human from a given world before they managed to convert that world into Turinium.

Our next entry will go into exactly how the PHC accomplished this and the tools they use to wage war. 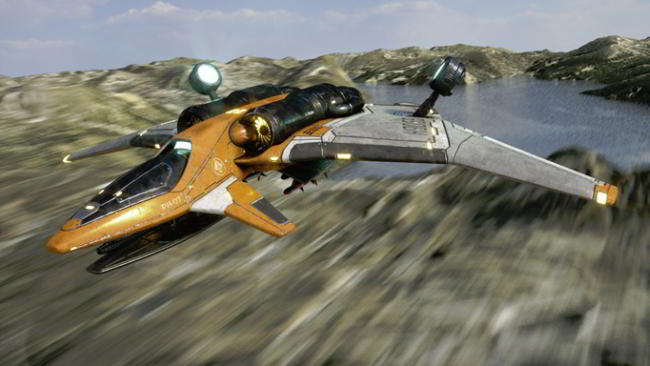 Next up: Building an interstellar military.

About the Game and Author: Brad Wardell is the founder and CEO of Stardock. He founded the company in his dorm room in 1993. He is the designer of Galactic Civilizations, The Political Machine, Ashes of the Singularity, Object Desktop, Start8, Multiplicity and numerous other games and software. He lives in Michigan with his wife and three children.

Ashes of the Singularity is scheduled to be released this Spring.