In 1989, the deceptively titled RPG Sweet Home terrified NES owners with tight corridors, dark and disturbing scenery, and cut-it-with-a-knife tension. Death was permanent, traps lurked around every corner, and the mansion players navigated served as the ultimate, ever-present antagonist. It is also one of the most critical influences on the grandfather of survival horror gaming - Resident Evil. Resident Evil was originally intended as a remake of Sweet Home but took on a life of its own, eventually evolving into one of the single most iconic horror experiences the video game industry has ever witnessed.

Designer Shinji Mikami, who had spent his previous years creating Disney games for the Super Nintendo, took on a radically different project in early 1994, when development on Resident Evil, or Biohazard in Japan, began. Resident Evil was conceptualized, created, and delivered as a pure, unapologetic horror experience for the new generation of consoles, and after months of delays, the title released in March of 1996 for the PlayStation. Exactly 20 years ago today.

When Resident Evil released, it set a new standard for horror games, showcasing not only what a horror game could be, but also to an extent what it should be. While many elements of Sweet Home carried over to the new title, it quickly rose above its influence. Despite the game's campy cliches and cheesy voice acting, it successfully tightened its cold grip around gamers' hearts, implementing a level of suspense that led to it being considered one of the most defining moments of horror gaming. Resident Evil tasked players with the mission of investigating a small town that had been plagued by bizarre disappearances and disturbing deaths. Shortly after arriving, your team is met by terrifying creatures, with the story unfolding more like an interactive film script than a video game. Playing as either Jill Valentine or Chris Redfield, the player battled not only against monstrous enemies, but also the demand for strict conservation of resources. The game served to replicate the feeling of being weak and powerless against unimaginable odds. 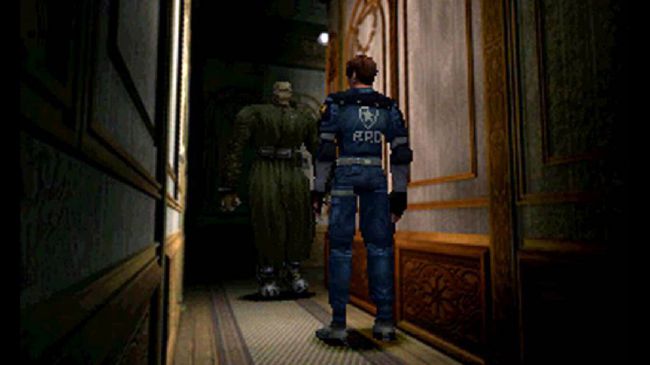 Development on the sequel began quickly, and aspired to be much more complex than its successful predecessor. After a year's worth of tireless effort from nearly 50 people and just two months away from the projected release date, the entirety of the sequel was scrapped and completely redesigned. The decision to trash the nearly complete project and start over contributed significantly to the already heightened interest in the project. Taking place a few months after the end of the first game, the players find a Raccoon City overrun with zombies and other assorted creatures, as well as a new pair of protagonists - Claire Redfield and Leon Kennedy. When finishing the game with one of the characters, game data carried over with the other one, as did events that occurred, which impacted the situations you faced with the other character.

Resident Evil 2 released in 1998 to glowing reviews. The game was, and remains to be, one of the most anticipated video game sequels in video game history. The cost of starting over was great, but the reward was far greater. The reimagined characters and an improved take on the parallel story spared Resident Evil 2 from falling victim to the sophomore slump, with its success eclipsing that of the original and securing the series' future as a historic franchise. 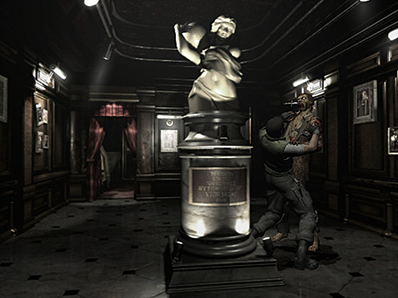 The original Resident Evil was remade in 2002, and was hailed as the ultimate survival horror experiences. Resident Evil Zero followed shortly after, releasing to generally positive reviews. An attempt was made to revive the Gun Survivor series with Resident Evil: Dead Aim, and while it was received more positively than its Gun Survivor predecessor, the overall reception was still mixed at best. The Gun Survivor series was retired. Outbreak and Outbreak File #2 were released to mixed reviews, and it became obvious that the stunning 2002 remake had cast an umbrella over the franchise, with fans hungry for more than Capcom was delivering, leaving some to wonder if perhaps the world's love affair with the series was coming to an end.

Resident Evil defined the survival horror genre, and consistently redefined it during the years following its release. It took the idea of "scary" from blood and gore to a position of suspense and anticipation. It's influence, much like the drugs pumped into the residents of Raccoon City, spread and mutated through the industry. By the early 2000's, though, it began to look like the series was nearing a close. It was not without its fans, of course, but the bright flame that it had ignited with its fresh take on horror gaming was beginning to fizzle, and it was looking as though the franchise was nearing an anti-climatic burnout. It would ultimately fall on the shoulders of the next game to determine the future of the franchise, for better or worse. Only drastic measures could revive the once great franchise. So, Capcom got drastic.