Once upon a time, World of Warcraft was a mere video game. Not long after its release in 2004 WoW evolved into a cultural force that defined an entire genre of games, as well as a significant number of the people who play them. Since 2004, World of Warcraft has brought millions of people together in an immersive virtual universe, reshaping the ways in which people viewed online lives while redefining the idea of "community." Far beyond serving as an individualized escapist experience, WoW provided a social space, with many players identifying with their digital counterparts as extensions of themselves and their digital associates as close, real life friends. 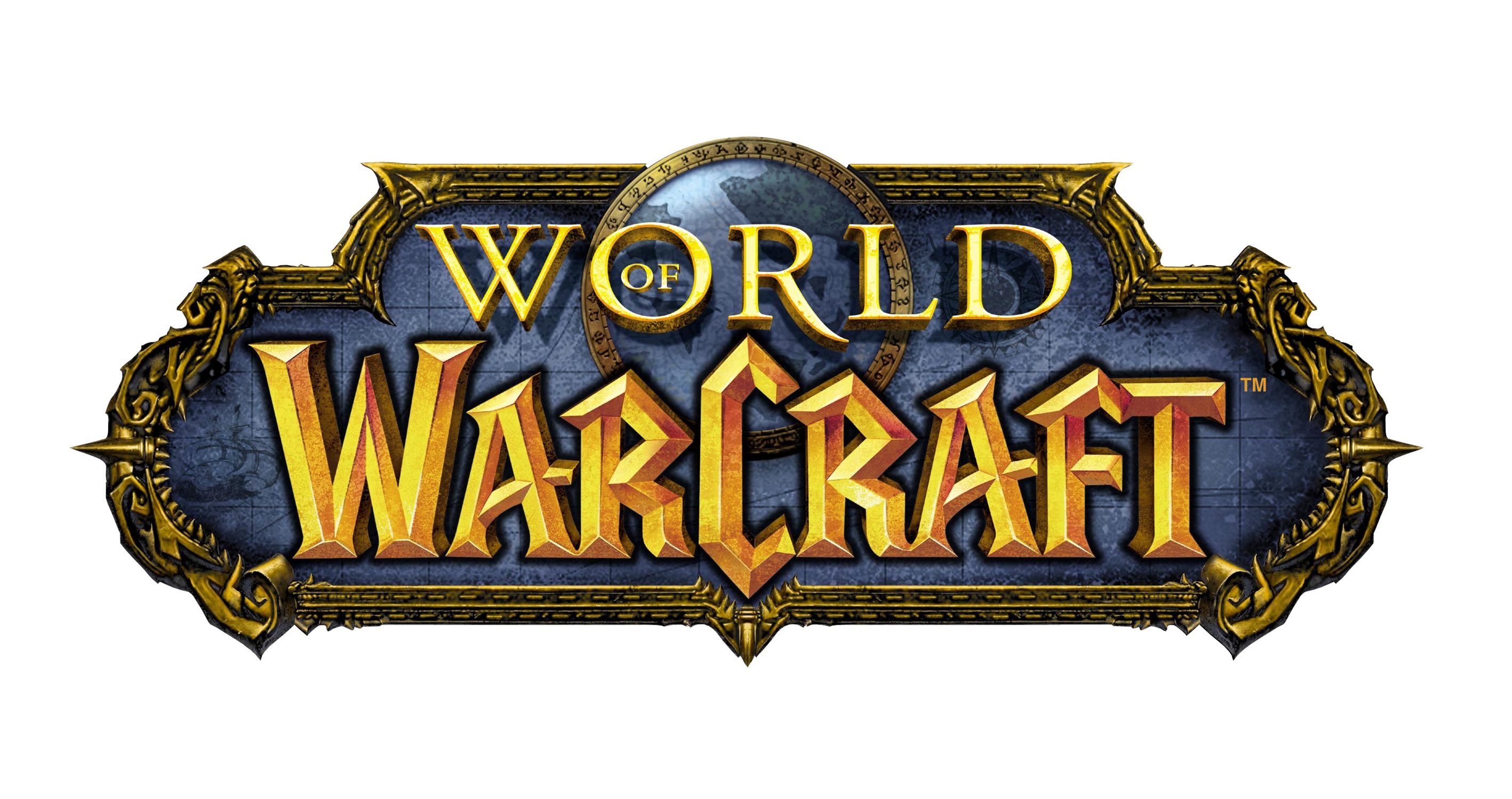 Over the years video games have evolved, with World of Warcraft itself evolving alongside them. It's importance to the industry is without question - WoW was one of the first video games inducted into The Strong's World Video Game Hall of Fame. Of the six inductees in the inaugural class, however, it is the only one that cannot legally be played in its original form. Gamers can still brush off their old NES and play Super Mario Bros. without much issue, but World of Warcraft's fate was less fortunate. Yes, the game has continued to exist, to grow, with its sixth expansion expected to be released this August. But World of Warcraft is an MMORPG - emphasis on the "O" for "online." The game, as it once was, is only playable as long as there are servers to host it in its classic form. Fan-run servers for defunct or older versions of current MMOs don't often last long, falling victim to either legal threat or drops in player interest. Nostalrius Begins suffered the former fate earlier this month.

Nostalrius, for the uninitiated, was a fan-run server that hosted a classic version of World of Warcraft - known to enthusiasts as "vanilla" WoW. The servers were free, privately run by a group of 30 volunteers. The group had 800,000 registered users and over 150,000 active users according to their own statements. Earlier this month, however, the team announced that they had received a cease and desist notice from Blizzard and, as a result, the servers closed forever at 23:00 on April 10, 2016.

This led to the creation of a petition by the Nostalrius team, addressing Blizzard CEO Mike Morhaime "in hopes that changes may be made possible in the link between Blizzard and volunteer based legacy servers."

"We don't have the pretention to come up with a complete solution regarding legacy servers that you and your company didn't already think about, but we'd be glad and honored to share it with you if you're interested, still on a volunteer basis," the petition reads. "Do you think that a policy change can be made regarding legacy servers based on volunteers work, for very old no longer supported game expansion? Or do you think that legacy servers are doomed by definition since, in the end, it's hurting Blizzard trademark & communication more than anything else?"

The petition's letter closes with a "thank you."

"Thank you for providing so much entertainment to everyone all around the world, Thank you for creating this ageless game that we can still enjoy 10 years after."

Over the course of the past three weeks the petition has garnered more than 240,000 signatures, thanks in no small part to support from Mark Kern - former team lead for vanilla World of Warcraft.

Kern told me that he had been sent links to coverage about the Nostalrius server and petition, but initially didn't pay much attention to it. After looking into it more he realized how passionately people felt about legacy servers. He stressed that he has "no skin in this," but that he's heard from many people who prefer different versions of the game. "Why not both?" he asked.

"I'm a big consumer advocate for gamers, having starting Leagueforgamers.com to represent gamer's voices," he said. "I felt like if I didn't speak up on behalf of gamers playing one of my own games, then I would be falling down on the job as an advocate. But it was really when I saw their passion, and saw things like JonTron's video, that I really understood that people really, and I mean really, wanted to see old WoW back."

Kern said that he has been long concerned over the fate of the game he helped create, and prior to leaving Blizzard he says he started a new department, hiring the first archivist in order to ensure the legacy of WoW was preserved.

"If we could push a button and all of this would be created, we would."

"When you have a game that reaches so many lives, to the point where I get regular stories about how WoW literally saved them from suicide or self-harm, we need to preserve that game that saved them," he said. "Games are now considered to be art, and we preserve movies, books and tv shows but we are doing a horrible job of preserving games. Blizzard has a higher duty now, as caretakers and the only legal right holders to this monumental game called World of Warcraft, that they are the only ones that can do this and preserve gaming history."

Yesterday WoW executive producer J. Allen Brack issued an official response, saying that the team has been "closely following the Nostalrius discussion," and that Blizzard's silence on the matter "definitely doesn't reflect our level of engagement and passion around this topic."

Brack says that while Blizzard has "looked into the possibility" of working with private servers, there is no "clear legal path to protect Blizzard's IP and grant an operating license to a pirate server."

"We explored options for developing classic servers and none could be executed without great difficulty," Brack wrote. "If we could push a button and all of this would be created, we would. However, there are tremendous operational challenges to integrating classic servers, not to mention the ongoing support of multiple live versions for every aspect of WoW."

Kern says that while licensing would certainly be complex, it would not be impossible, pointing to examples like Everquest and Minecraft. Kern also said that he directed the drafting of the licensing of WoW to China. "I also helped draft Blizzard's TOS and EULA, so I know quite a bit about this stuff," he added. "[Beck's] just...wrong. I don't know where he's getting his advice from, but from a legal perspective he's dead wrong. Let's say 'He thinks he knows license agreements, but he doesn't.'"

"They've done this for Diablo 2, Starcraft and Warcraft III.... It makes no sense when they've done it for their other legacy games."

Kern posits that it is "far cheaper" to run these servers today than in the past, and says that hardware and bandwidth "are not the issues," considering that is "baked into Blizzard's $15/month subscription cost." He adds that there would be significant work to retrofit vanilla WoW into Blizzard's new support tools and battle.net, but believes that the company would see a healthy profit for a relatively low initial cost. "To me, Blizzard's decision has less to do with business sense and more to do with the lack of will," he speculated. "Yes, it's hard. Yes, its work. But the money and profits are there to support it and make it a very handsome deal. It's a no brainer."

"Finally, and here's the kicker: Blizzard has already converted legacy games to run on the new battle.net platform with full support," he added. "They've done this for Diablo 2, Starcraft and Warcraft III. It's even right on their web page. So yes, I do not understand this answer from Blizzard. It makes no sense when they've done it for their other legacy games."

In his statement, Brack said that Blizzard had discussed a "pristine realm," which would disable leveling acceleration, character transfers, access to realm zones, and more, and that it is "still an open topic of discussion." Kern's concern is that this would not do much to address the desire for legacy servers.

"Current WoW has none of the old content, let alone continents that legacy WoW had. Cataclysm changed the entire world, and a "pristine" server would never let you experience the original zones and dungeons. So much would be lost," he said, adding that the current game is built around fast leveling and the content Blizzard currently has.

"You can't just turn off those features and expect the game to play properly. You'd have to do a lot design work and redesign work, and you still would not have the old content," he said. "I find it odd that he is proposing something that, in my experience working on WoW, would be even more work and expense than simply porting legacy WoW to current technical support systems."

In a video posted yesterday, Kern showcased nearly 10,000 pages of paper on his desk - the printed petition, both signatures and comments. Kern issued a plea to Mike Morhaime in the video.

"By now, every gamer who has ever wanted to try WoW has already done so," Kern says in the video. "WoW is simply so big that there are no huge swaths of untapped gamers to attract to the franchise. But, there are veterans. Millions of them. And they miss their home and their community."

Kern ends the video with a comment on behalf of the Nostalrius team.

"I've spoken to them, and they are good people. They only put up a legacy server because there was no other way to play," Kern says. "They didn't do it for profit or fame. They did it out of love, for the game. All they want is to enjoy legacy WoW again, and they would actually prefer it if Blizzard did this officially, and would be willing to provide information, tools, and programs to help if needed."

In his statement, Brack said that Blizzard has been in contact with the Nostalrius team. "They obviously care deeply about the game, and we look forward to more conversations with them in the coming weeks."

[Disclosure: The author of this article is an internet acquaintance of Mark Kern.]